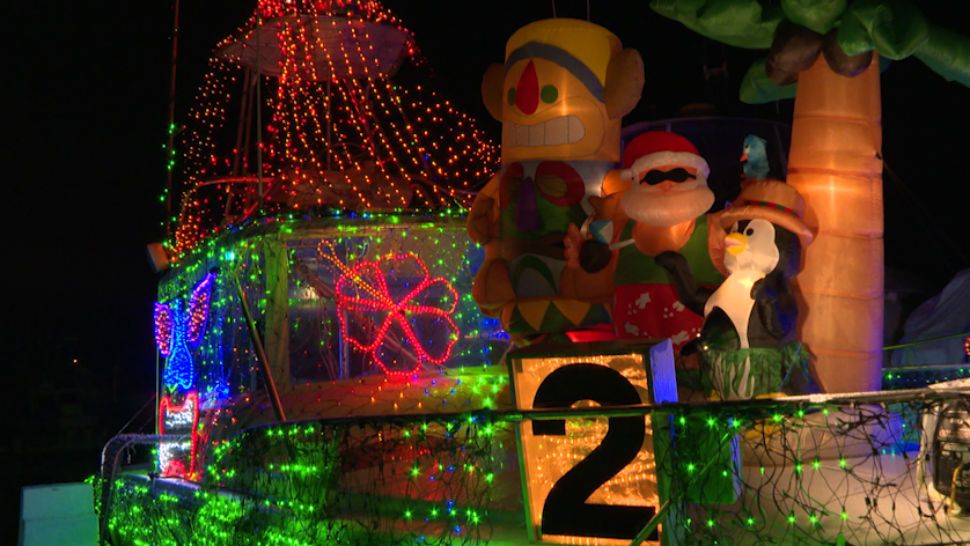 DANA POINT, Calif. – Christmas is the season of light, but for Chuck Micalizzi it’s a season of many lights.

However, what is unique about how he hangs them, is really about where he hangs his lights - aboard his boat, the Doheny Doll at the Dana Point Harbor.

“Our motto is you can never have too many lights so the more lights they put in the harbor the happier we are,” says Micalizzi.

For the last 15 years Micalizzi has been participating in the harbor’s Boat Parade of Lights. It takes him about three days to deck the Doll out, with the help of friends and family. When all’s said and done it takes six amps to power it all.

While it’s an impressive feat by day, it becomes a magical vessel by night.

“Everybody’s there are the park or they’re on the sidewalks and they’re crowding around to see, and they’re all excited. They wave and they cheer, and you can get them going singing Christmas carols and stuff,” Micalizzi says.

For two weekends in December, more than 60 boats compete each night to see whose Tiki Holiday-themed boat is the best and brightest.

It is the first year the Dana Point Harbor Partners are putting it on, as the harbor prepares for its $330 million revitalization project. The lights in the 45th annual boat parade are just part of the more than 680,000 lights that adorn the harbor.

This is the first year there is a $10,000 cash prize on the line. While that certainly would be a bounty for anyone at sea, Micalizzi, who has been a local for nearly 40 years, says the best part is being able to spread the spirit of the season.

“It’s just so nice to see everybody come out and enjoying it, and it gives you a feeling of satisfaction that you’re able to help the people celebrate and have a happy holiday,” says Micalizzi.

A sea of lights.