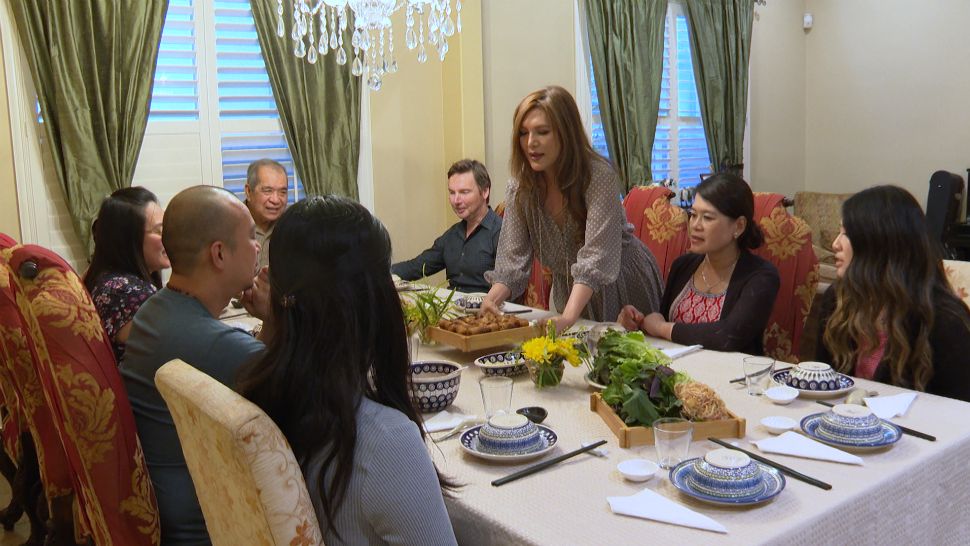 Vietnamese Family Reunited in US After 15 Years Apart

IRVINE, Calif. — It has been 39 years since Linh Kochan, her mom, sister, and brother resettled in the United States after they left Vietnam by boat, but family traditions like making bun rieu, which is Vietnamese crab noodle soup and egg rolls continues decades later.

“Grandma would make this all the time,” said Kochan.

Kochan’s family rebuilt their lives in California, but putting the Vietnam War behind them hasn’t always been easy.

“For the world, the Vietnam war ended when Saigon fell to the communist, but for the Vietnamese, it didn’t end there. It continued,” said Kochan.

The trauma followed her family because when they escaped the Communist government, their dad couldn’t go with them. Kochan’s father, Long Dinh, served as a captain in the Vietnamese Air Force before the Communists took over. Once the war was over, he was ripped from his family and forced into a prison camp.

“Every time I talk about it. I get really emotional. Just imagine a young child at 7-years-old and much younger for my younger sister and brother, to not have a dad around,” said Kochan.

Stories like this one motivated Professor Linda Vo at the University of California, Irvine, to create an oral history project titled “Viet Stories: Vietnamese American Oral History Project.”  The project focuses on Vietnamese refugees who resettled in Orange County, which is home to the largest population of Vietnamese Americans.

Kochan’s family’s story was one of more than 200 that Vo and her team transcribed and uploaded onto the university’s website for the public to learn about. The professor also moved to the United States in the late 1970’s.

Dr. Vo attended a high school in Southern California. She recalls feeling the need to adapt to her new environment and the American culture, so she didn’t ask questions about her heritage or found out what it meant to be a Vietnamese refugee until she became an adult. Once she was able to ask those questions, Vo realized how little was known and recorded about the Vietnamese experience.

“In many ways, I’m doing this for the future generation so that they know our community’s history and we’re continuing to ask questions,” said Dr. Linda Vo.

After seven years of imprisonment and eight years of waiting for the Communist government’s permission, Kochan’s dad finally reunited with his family in the U.S. By this time, Kochan had turned 23-years-old. Her dad left Vietnam with the clothing on his back and made sure to bring two items with him. He brought a pipe he made while in prison and the wedding dress his wife wore on their wedding day.

Today, the family is happy, thriving and is healing by being together. Dr. Vo says she is thankful for her team and for UC Irvine for supporting her in this project. Learn more about Viet Stories here.