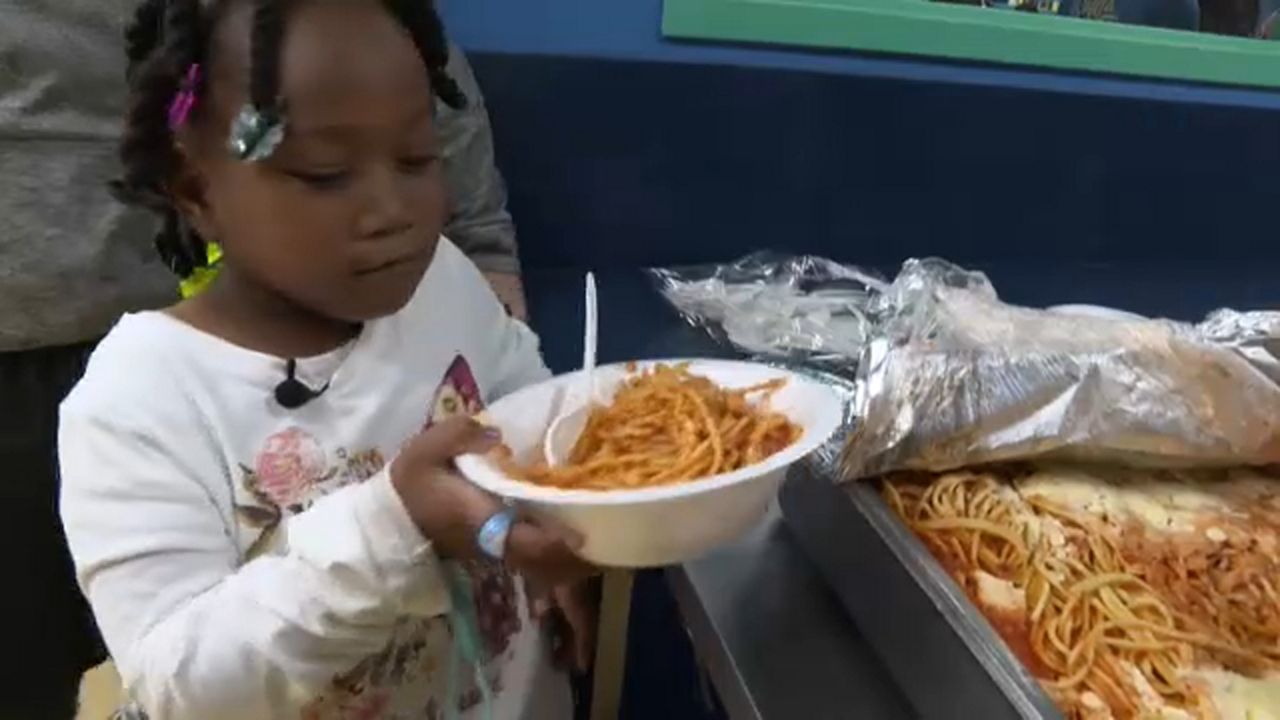 Bowls of pasta are served up daily at places like the Boys and Girls Club in Anaheim. For some kids, the pasta may end up being their only hot meal of the day.

A lot of these kids and their families, including 6-year-old Delores Madison, have been living in motels or shelters where there’s no stove. So that means, there’s nowhere to cook up things like Delores’ favorite food.

Since getting hot meals like this, Delores says she’s added a few new items to her favorites list.

“Pasta too,” she said, because it tastes,“good.”

That good pasta is cooked up daily at the Anaheim White House restaurant. It’s where the non-profit Caterina’s Club started in 2005 after the owner of the restaurant’s mother saw a local kid eating a bag of potato chips as a meal. That woman was Sylvano Ibay’s grandmother.

“She decided, and we kind of followed, to go ahead and serve ‘em a hot dinner,” said Ibay.

That night the restaurant fed about 80 kids.

“With that said, we just wanted to make sure that all the kids got a hot meal. We started doing it, and we’ve been doing it ever since,” said Ibay.

Other organizations say the numbers are actually higher.

Caterina’s Club feeds kids like Delores, and it even sends kids home with pasta for their families.

“There’s been time when my daughter came home with the pasta, and other little vegetables and stuff and we didn’t have money. We didn’t have food. We spent our last on rooms,” said Delores' father.

That’s why Catarina’s Club also started helping families come up with first month’s rent and a deposit to move into a place of their own. The organization has helped move almost 200 families so far.

Delores’ parents lost their jobs this summer and they’re now temporarily living in a shelter.

“It’s been hard, it really it has,” said Delores' mom.

Delores' parents are on the job hunt. They say while they worry about keeping a roof over their baby girl’s head, at least they don’t have to worry whether Delores will have a hot meal.