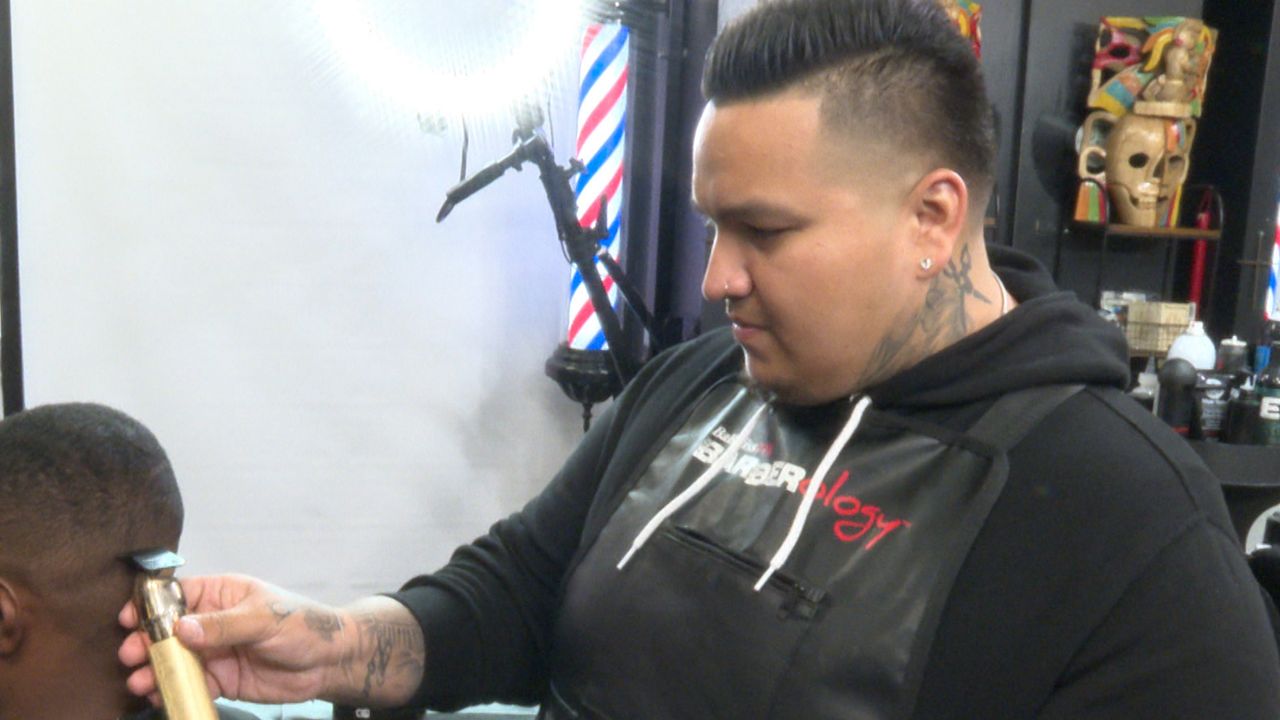 LAKE FOREST, Calif. — When Rams defensive back Terrell Burgess needs a fresh cut, there's only one man for the job. That man is Philly Garcia. He's the barber for some of LA's best athletes and beyond. It all started when he took a leap of faith 12 years ago at 18 years old.

"Packed up my things. Got in my car and headed west," Garcia said.

He drove from San Antonio, Texas, to Southern California with nothing but a dream and his clippers. At first, things weren't going well. He couldn't get clients, and he had to sleep in his car.

"No one knew what I was going through when I was homeless," Garcia added. "It was really a journey of my own, and I took on that opportunity to prove myself that I could take myself out of this."

Things dramatically changed when the NBA All-Star Game came to LA in 2018. He happened to see former NBA great Amare Stoudemire at a restaurant.

"Without hesitation, I just get up and walk," Garcia recalled. "I go up to Amare and say, 'Hey man, if you need a cut, I'm here right now. Let me know. I can get you right for the whole weekend.' He looked at me and said, 'Can you come right now?"

The moment was a turning point for his life. Garcia has since become a barber to sports biggest names. Players like Jalen Ramsey of the Rams, the Ball brothers, and even Patrick Mahomes. Plus, he has his own shop now.

Burgess comes all the way from the Rams practice facility in Thousand Oaks for a cut from Garcia.

"I enjoy being here as much as I love getting a haircut," Burgess said.

Garcia's story is so amazing that it was the focus of a national Modelo beer commercial. It's a story worthy of the national stage, the classic one of persistence.

"Because nothing's ever gonna be given. Some things you just have to go ahead and take it," he said.

Garcia went from a barber who couldn't keep a client to having a clientele of sports royalty. It all started with a leap of faith.