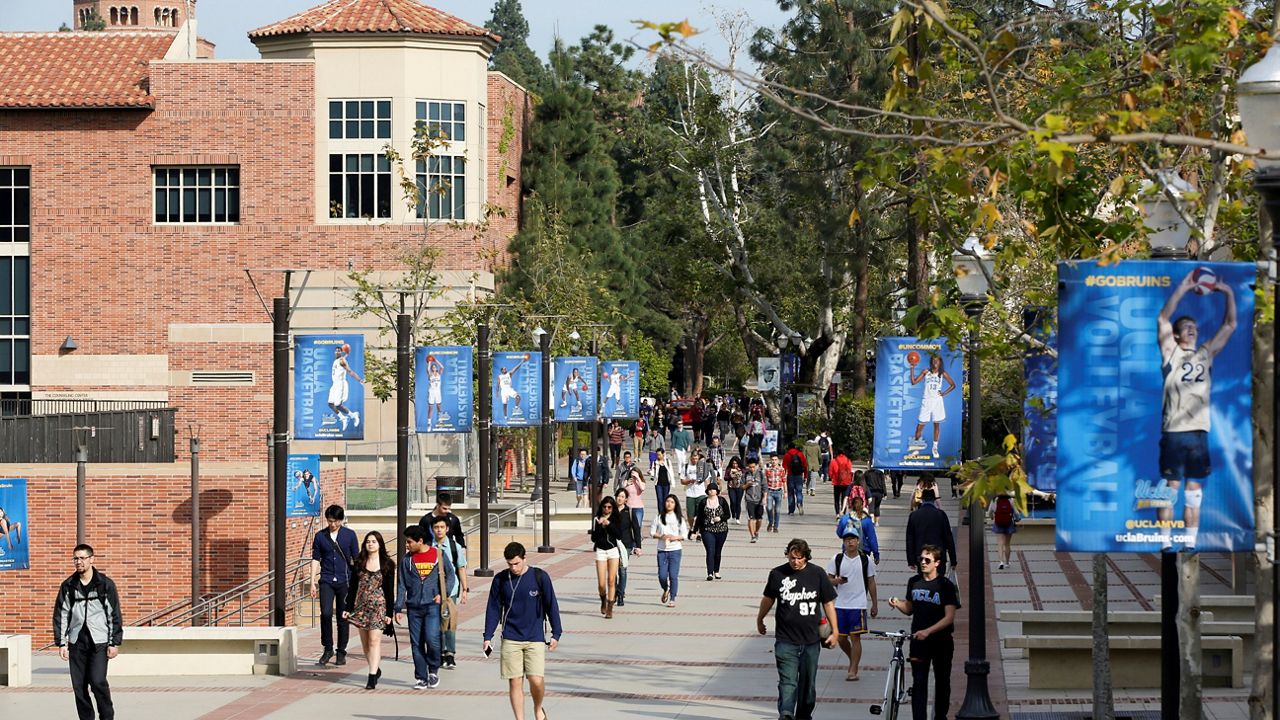 Diversity in college leadership in California

LOS ANGELES — Most of the college presidents and chancellors at California universities going back to the 1850s have been white men, despite the ever-changing racial-ethnic and gender makeup of their students.

A report from the College Futures Foundation titled Whiteness Rules: Racial Exclusion in Becoming an American College President found that candidates in college leadership roles face “a host” of biases in how they are seen and evaluated.

Some college campuses in California, including UCLA and Cal Poly San Luis Obispo, have only ever had white male presidents.

“We’ve come a long way in California, and California certainly is the progressive state that’s moving the country forward,” said Eloy Ortiz Oakley, the president and CEO of the College Futures Foundation. “We have a long way to go, especially in positions of leadership in higher education.”

Oakley told “Inside the Issues” host Alex Cohen that part of the reason there is a lack of diversity is that college search committees and university boards continue to look for the same candidates they’ve looked at for decades.

“Nobody seems willing to change the dynamic or willing to open the door to the kinds of leaders that we need in today's colleges and universities that really reflect the diversity of our students,” he said.

And that representation could have a positive impact on students, said Oakley.

“The universal impact is a much better experience for students on campus. It is greater student success for students of all backgrounds and it is opening the doors wider to a whole host of students and families who haven't seen themselves as being able to succeed in college.”

Included in the report by College Futures Foundation is a toolkit with suggestions on what can be done to change the process. The recommendations include assembling and training search committees, hiring race-conscious executive search firms, evaluation and accountability throughout the recruitment process, and assessing and improving job announcements.

“This is about finding candidates that actually understand the students that they're serving, and can put forward policies that support students,” Oakley said.