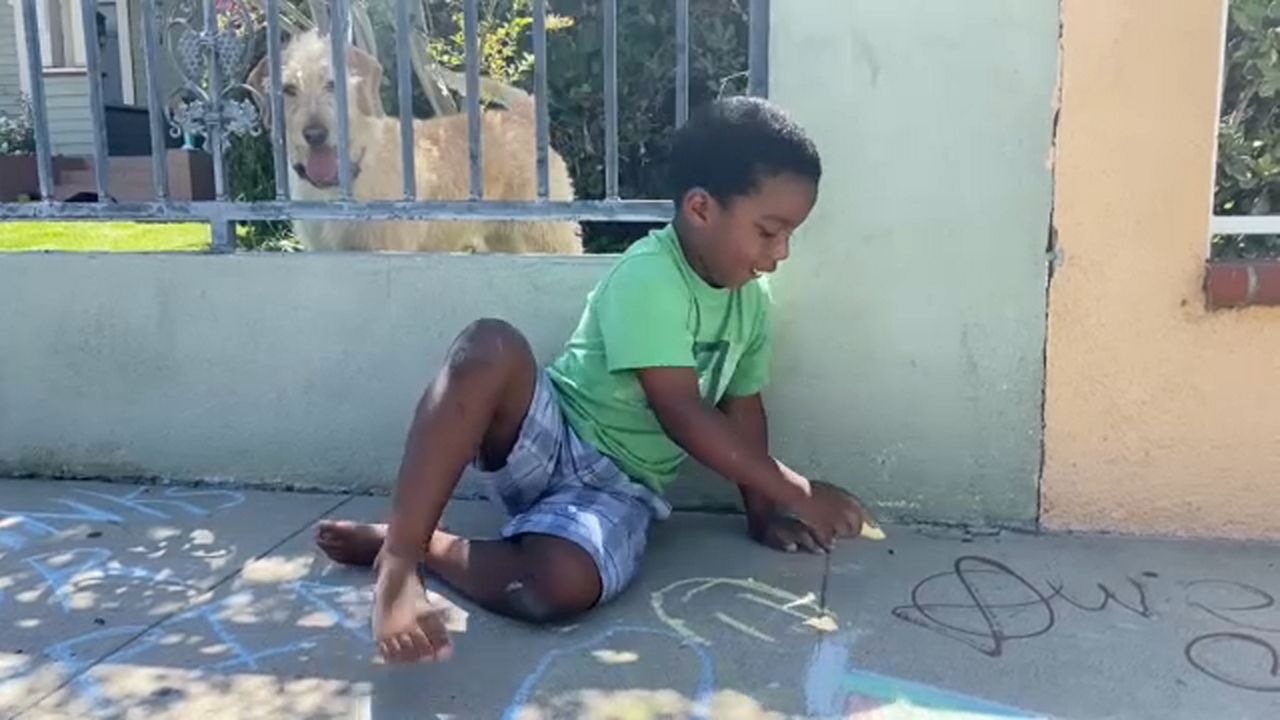 ANAHEIM, Calif. — Living during a pandemic won’t stop some people from finding reasons to smile. Take it from big sis Zoe Karaya and her little brother Daiveyan.

Ten-year-old Zoe and 6-year-old Daiveyan, along with their parents, spend Friday afternoons chalking in front of their house.

“I think it’s really fun. It gives hope and joy to the neighborhood,” said Zoe.

The siblings' mom, Jennifer, is a respiratory therapist and their dad, Peter, is a teacher. Both became stay-at-home working parents when the COVID-19 pandemic began. While some families are going stir-crazy, the Karayas are soaking up the sun, colors and this time together.

“I don’t think we’ll get this chance again. It’s really a nice opportunity to have more than just a summer, more than just a winter break, but to actually spend days with them and be involved in their learning,” said Jennifer Karaya.

They joined a Facebook group called Sidewalk Chalk Fridays organized by the Karcher Family who live just a few miles away in Fullerton.

More than 200 families are part of Sidewalk Chalk Fridays.

Doug Karcher was inspired when he saw other posts of sidewalk chalk art creations online and wanted his family to spend time together outside. The groups’ members post their weekly art creations online… some of them include thanking essential and frontline health care workers.

“It’s just a great way to give back in a little way. It’s kind like a Rosie the Riveter-type thing where you just want to participate in any way that you can,” said Doug Karcher. He, his wife, Nancy, and their two sons Nathan and Kraig also participate in Sidewalk Chalk Fridays.

They’ve invited their friends and neighbors to come out every Friday afternoon at 3:00 p.m. to get creative while socially distancing.

The Karaya Family lives on a pretty busy street. They don’t know for sure how many people have noticed Zoe and Daiveyan’s chalk art, but they say the amount doesn’t matter. Their goal is to bring a smile to people’s faces and give them a moment, even if it’s for a split second, to smile.