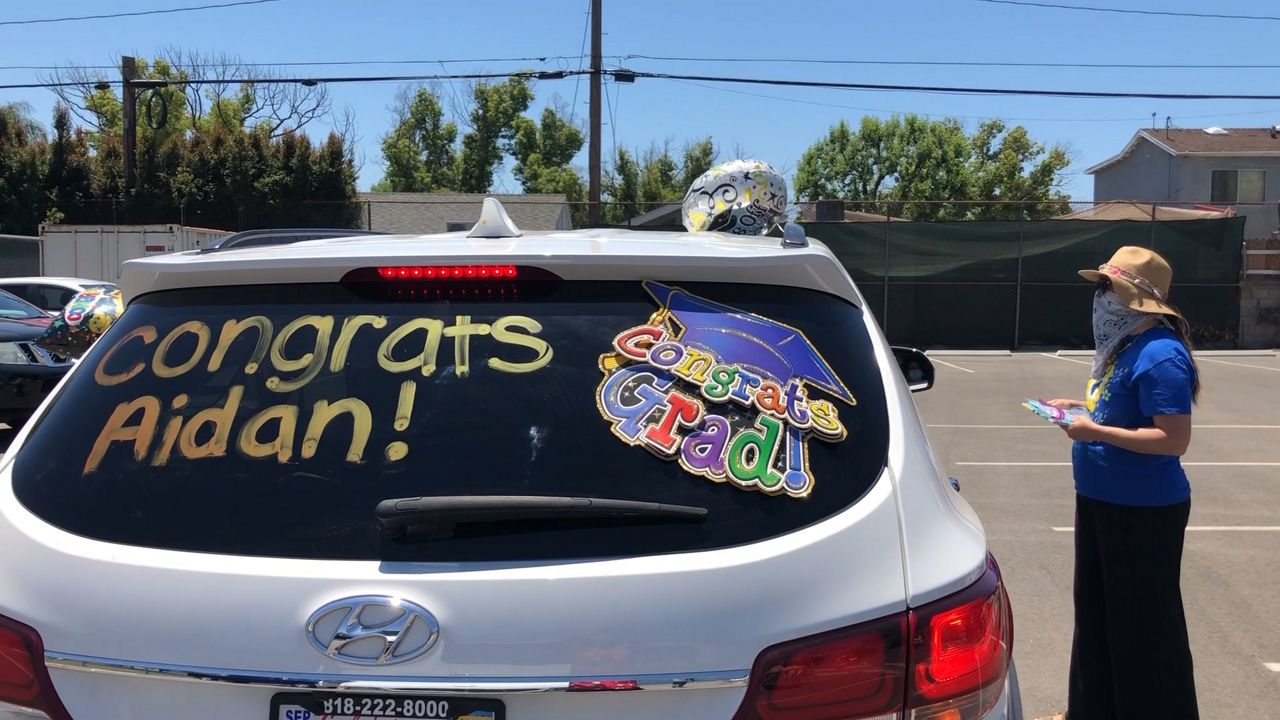 BURBANK, Calif. – It’s the piece of paper Chloe Zavala has worked six years for, but she didn’t think she’d receive it in the car.

“I’m excited," she said. "I’m also sad, too, because we don’t get to have our graduation, and I’ve been looking forward to it for a long time.”

Chloe is a fifth-grader at Bret Harte Elementary School in Burbank. All week, class by class, cars pulled into the parking lot to collect student’s belongings and allow kids to see their teachers in person for the first time in months, although still at a social distance.

“It’s so good to see you," Principal Martha Walter told a student in one car.

“I would hug you girls if I was allowed to," first grade teacher Dahlia Dobbertin said to the students inside another vehicle.

For fifth-graders, the month of May is normally filled with pool parties, the fifth grade dance and, of course, a big promotion ceremony. But despite the limitations, families tried to make the most of the moment and so did teachers like Mary Edmundson.

“This is definitely a unique experience," the fifth grade teacher said. "We’re just trying to give them the best thing that we can today.”

And not just today. Edmundson has spent the past few weeks trying to give her students a sense of closure.

“On our Google Classrooms, we’ve been trying to do some things like goodbye videos or letters," she said. "It’s the best closure we can have with the circumstances we’re in.”

The school celebrations aren’t the only things missing. Talia Zavala, Chloe’s mother, says normally there would be gifts and gatherings, and a dinner at a restaurant with family.

But instead, they sat in their cars.

"I think that’s just what we all…we all just have to do it," she said.

The pandemic may have taken away some of the pomp and circumstance, but what it can’t take away is the achievement.

“Here is your certificate," Edmundson said, passing Chloe a manilla envelope through the passenger side window.

It was a quick visit but still a meaningful one, and you could see the smile in Chloe's eyes, even if her face was covered. 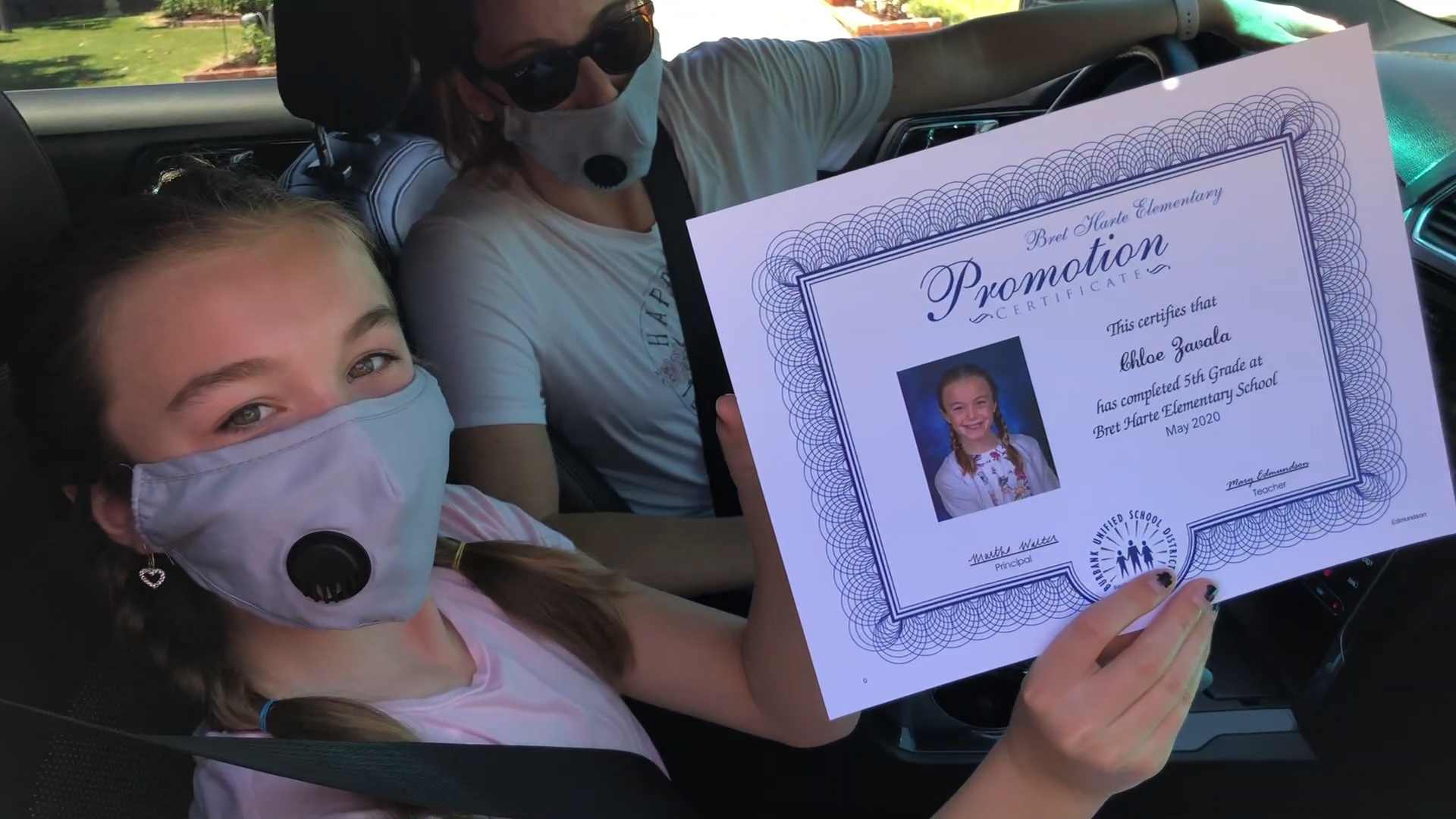 “That was fun—not the way I pictured it but still fun," she said. "It was a good ending.”

And with that, the caravan continued. Next stop: middle school.