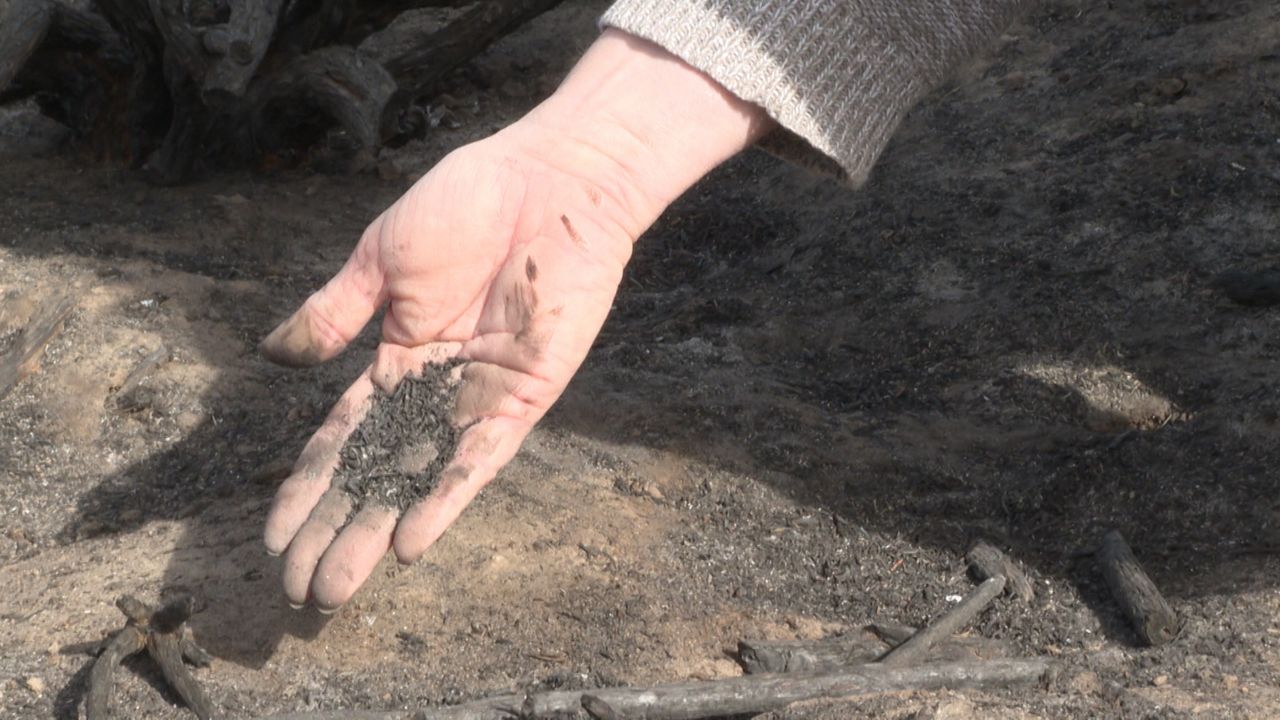 HUNTINGTON BEACH, Calif. — Fires are typically associated with loss, damage, and harm. But a fire in Orange County may just prove to be beneficial.

A total of 62 acres at the Bolsa Chica Ecological Reserve burned during the summer. A fire and water dropping helicopters were the first things that Kim Kolpin, executive director of the Bolsa Chica Land Trust, saw as she rushed to the site in Huntington Beach. It’s an area Kolpin and a team have been helping restore for decades.

“It was my worst nightmare coming true," said Kolpin.

Years of work burned. Kolpin said it was devastating and that she was concerned because the area that burned is close to neighborhoods on Warner Avenue.

"You worry about people being hurt, homes being lost," she said.

What burned was about five dozen acres — along with it, a pesky problem plant.

Before the fire in July, Kolpin said the grass in the area that burned was thick and that it “was like a carpet that kind of smothered out the ground.” She explained that the grass was sort of like a barrier blocking native plant seeds and that the non-native grass dates back to the 1800s, when the area that is now the Bolsa Chica Ecological Reserve was used for cattle grazing.

“Non-native grasses and non-native plants out here do not provide that same sustenance for our native wildlife," she said. "It’s kind of like if you’re really in the mood for Mexican food, and you walk into an Italian restaurant, you’re not going to find anything."

When the fire blew through the area, it cleared out some of the grass, Kolpin explained. "And what we have left is the bare soil. And that’s the opportunity."

Kolpin said the soot and ash will provide organic material into the soil, and that will help feed the next round of native plants that will be planted in the burn area.

Bolsa Chica Land Trust volunteers have been growing native plants in a nursery just off to the side of the walking trails. The plants being grown will eventually be planted in areas, included the burn area.

The Bolsa Chica Land Trust will be partnering with UC Irvine’s center for the environment to have students working with volunteers to do some of the restoration work. The students will be studying the soil, keeping track of the native plant recovery, and monitoring the growth of the new plants that will be put into the area that burned.

The goal, Kolpin said, is to bring this habitat to what it really should be. Native plants are something wildlife rely on for food and shelter, so they could also be beneficial during another fire.

“Native plants are adapted to fire," she said. "They will hold it. It’s not gonna go flying through the way that it did because of all the kindling from the non-native plants."

The fire in July burned some existing native plants, but Kolpin said it, too, may be beneficial for those plants.

“Some of these plants will treat the fire like a haircut," she said. "It just trimmed some of that old dead wood.”

The Bolsa Chica Land Trust said that since the start of the pandemic, it has seen a dramatic increase in the use of the trails in the area, including the area that burned. Come spring time, they may see a whole new crop of native plants. Some plants that had burned already showed signs of coming back to life, with green growth sprouting out from the base of the burn plants.

“I think it’s going to be wonderful coming out this spring," said Kolpin.

Something the team is looking forward to after what’s been a particularly stressful year.