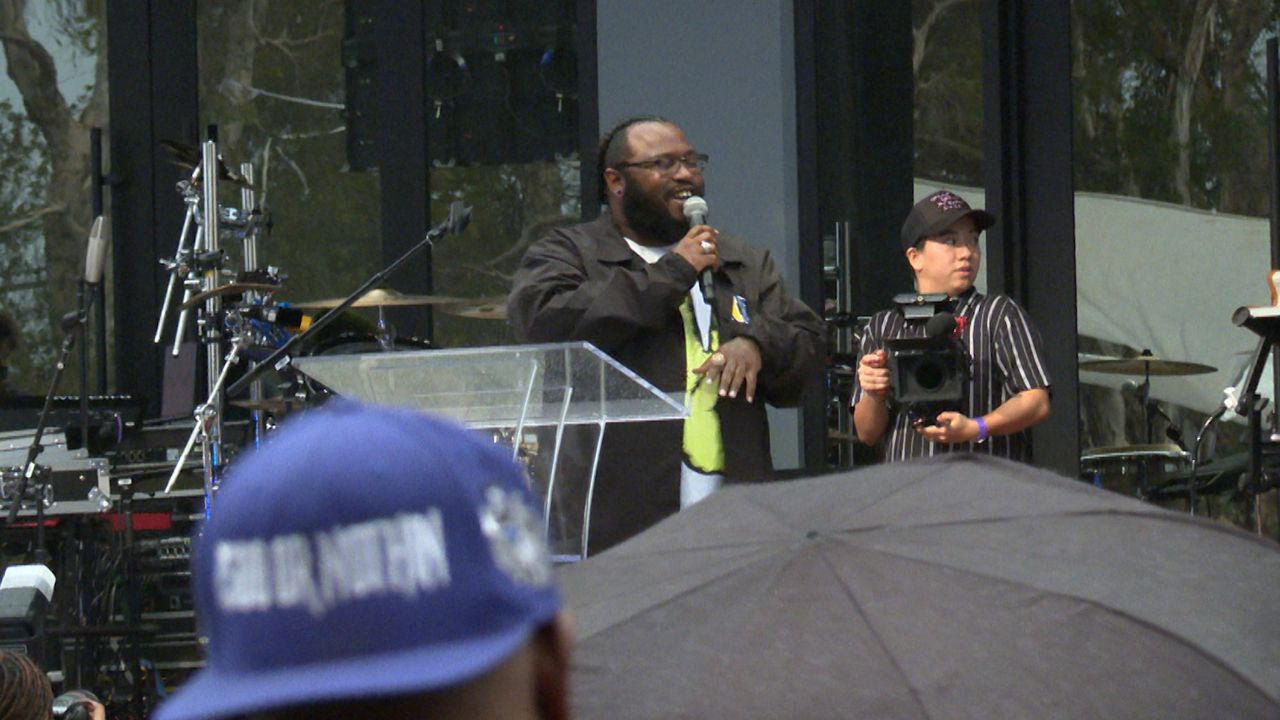 INGLEWOOD, Calif. — Multiple Grammy nominee Terrace Martin is proud to tell you where he comes from. It’s the Crenshaw District in South Los Angeles.

It’s why he was proud to perform at the opening of the 1500 Sound Academy’s brand-new outdoor stage in Inglewood. It’s the latest addition to the facility, where students can learn the music business from the 1500 or Nothin’ members themselves, guys who have become a powerhouse in the music industry.

“A lot of them take their own money and stay right here in Inglewood, and make sure they teach everything at a high level,” Martin continued. “It’s a blessing.”

The academy’s founders and 1500 members James Fauntleroy and Larrance Dopson opened the outdoor stage on the day the city of Los Angeles recognized it as “1500 or Nothin’ Day.”

“All of you have known us since before this parking lot was here because this is brand new,” Fauntleroy told the crowd. “So many of you guys knew us when we were broke, busted and disgusted.”

The new stage will not only be used for student performances, but some of entertainment’s biggest names like Snoop Dogg will perform there. It will also host events for major corporations, all giving Mayor James T. Butts another moment of Inglewood pride at a time the Super Bowl spotlight is on the city.

“1500 fits a special niche,” the mayor said. “It shows our young people how to get into the entertainment industry and, for a lot of our youth, it drives them. It’s their passion.”

Meanwhile, Martin is proud to see this place as a glimpse into what his community can accomplish

“Once these things come up, it’s gonna be road maps and clues how to get to this level of success.”