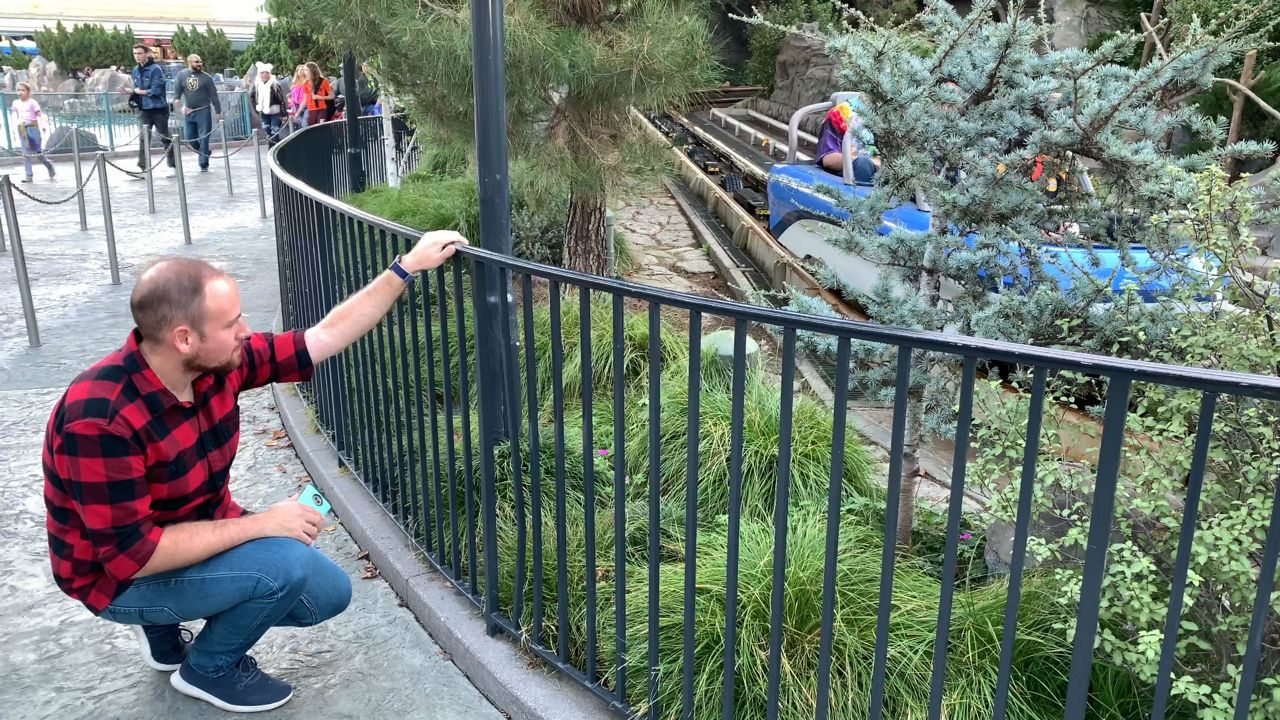 IRVINE, Calif. – An amusement park is a world of wonder and apparently a place full of things that can be taught in a college classroom. But prepping for a class all about Disneyland took a whole lot of work, and visits to the Southern California Park.

To get toward graduation in college you have to check off a bunch of requirements. There is a class that will check off two requirements including arts and humanities, as well as science and technology. The class is all about Disneyland.

Roland Betancourt is the professor who came up with the idea for the class. He says the Matterhorn is a fun ride, but while he is riding he is actually doing research. Betancourt has hopped on the rollercoaster tons of times to gather material for the Disneyland class he will be teaching later this spring at University of California Irvine.

“I have ridden the Matterhorn extensively,” said Betancourt.

He has ridden the Matterhorn more than 600 times. And yes, he is afraid of heights.

Betancourt says laughing, “If it’s in the dark, it’s fine.”

He says man-made spaces like Disneyland are a way to see and experience what you can learn about science and technology or art history in a textbook. So he visits the park to bring the magic to a lecture hall. Even as a kid, Betancourt says amusement parks were a learning experience, not just a fun place to visit to him.

“I was, just as I do today, probably staring down into the water understanding how the ride vehicle was moving through the space rather than what the actual things around me were,” said Betancourt.

Multiple rides on multiple attractions also allowed him to see design details, which he says you can only get glimpses of during a single ride. It is how he noticed a rogue glow in the dark dinosaur that a cast member placed on Big Thunder Mountain recently.

“In order to understand a ride at Disneyland you can’t just ride it once,” Betancourt said.

But sometimes the professor skips the ride all together and just records. He has taken more than 20,000 pictures and videos. He says some of the recorded material is used to enhance the more tedious parts of the class – reading patents - including the one used to reduce splash on a popular ride.

“Splash mountain videos hitting the water in slow-motion on my phone so that I can really show the students what the patents they are reading are describing,” Betancourt said.

Less exciting but Betancourt says just as important, the research he has done at the UCI Libraries Special Collections and Archives. It is the place where he can check out material like a March 1986 edition of the Magic Kingdom Gazette.  The professor says he studies materials like the gazette or what is similar to an employee newsletter, “to understand just what was happening in the landscape at a certain time.”

While a class all about “the happiest place on earth” might sound like a breeze, Betancourt says, “It’s not really your easy elective." The class beginning March 31, 2020 will fulfill two graduation requirements including arts and humanities, and science and technology.

While the class won’t be easy Betancourt promises, “It’s not going to shatter the magic, it’s just going to make that magic a lot more complex.”

His class will be a place where complex concepts from the happiest place on Earth come to life.