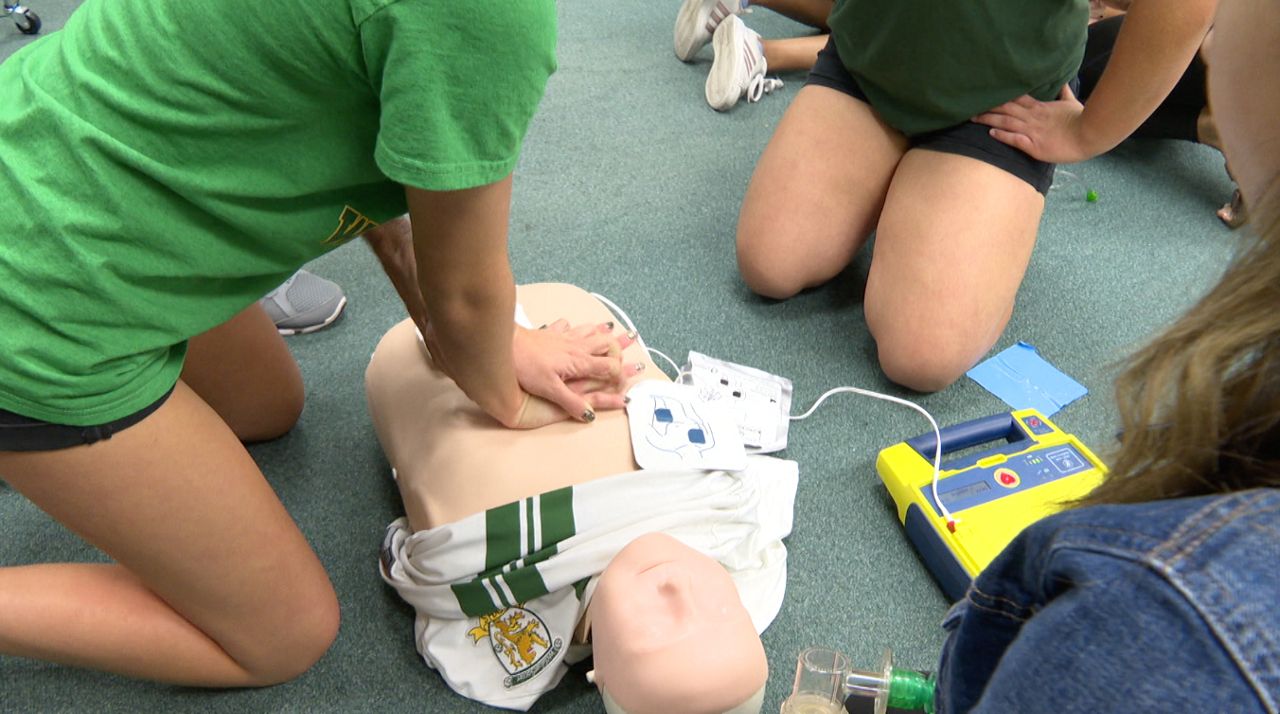 “I was going for a take down and I was reaching out for the legs and that’s the last thing I remember,” says Schlueter.

After spending almost 35 years of his life on wrestling mats, his life almost ended on one. Luckily, Assistant Coach Darrin Windes and Captain Sam Winkler knew what to do.

“Kind of picked up his arm and it was limp. That’s when it got kind of serious,” says Windes.

Windes immediately applied chest compressions and ventilation while Winkler took over his breathing to keep oxygen flowing. Soon, school trainer Ken McCall arrived to the scene and shocked Schlueter back to life with a defibrillator.

Schlueter may not have survived if it wasn't for the high school's Medical Careers class, where students like Windes and Winkler learned skills like CPR and how to use the automated external defibillator.

“I think the more that kids are exposed to this kind of training, the better chances are they’re actually going to step in and play a critical role in saving someone’s life,” says teacher Ken McCall.

Every year nearly half a million Americans go into cardiac arrest and die. Yet, only three percent of the population knows CPR. Because of this opportunity, the 95 students in McCall's Career Technical Education program will have the skills to jump into action if necessary.

“Because of them, my 2-year-old and my 4-year-old, and my wife, still have a father,” Schlueter says.