Jeff Reitz, 48, of Long Beach, poses next to a statue of Walt Disney at Disney California Adventure (courtesy Jeff Reitz)

Jeff Reitz, the Man Who Visited Disneyland 2,995 Consecutive Days, Is Ready to Move On

This story is part of Spectrum News' special reporting on the coronavirus pandemic in Southern California.

ANAHEIM, Calif. — For eight years, three months, and 13 days, Jeff Reitz was a fixture at Disneyland.

For 2,995 consecutive calendar days, starting New Year's Eve 2011, Reitz, a 48-year-old annual passholder from Long Beach, would stroll inside the Anaheim theme park wearing a slogger hat, chat with a few Disneyland cast members, wave hi to some friends, and maybe even hop on a ride on the Matterhorn, his favorite.

What started as "a joke and a fun thing to do" with another friend when both were unemployed and were looking for new jobs on New Year's Eve 2011 became a type of lifestyle and habit. Sometimes, it became an escape from the doldrums of work, he said.

"Once you step into Disneyland, and inside that berm, you hear the music and see the people, and you just forget about everything and focus on having fun," Reitz said.

He would have kept on visiting, hoping to reach the 3,000 consecutive visit mark, but the coronavirus pandemic stopped his Cal Ripken-esque Disneyland streak on March 14, 2020.

And then the depression hit. A couple of weeks after the mandatory shutdown, Reitz found himself having difficulty getting out of bed.

Reitz said he wasn't experiencing withdrawals. He just missed the people – the cast members, the other annual passholders he became friends with, the people who recognized him, or even seeing the smiles on parents' faces and their kids having a great time.

It was tough not to be around that environment this past year, Reitz said.

"I had flareups of depression because of not having the people," Reitz told Spectrum News. "It turns out, Disney for me wasn't just a theme park. It was a source of camaraderie, friendship."

Reitz is not alone. The closure of Disneyland and other theme parks across the state this past year has affected many loyal Disney theme park fans. For many Southern California residents, an annual pass to Disneyland was a great way to spend a few hours at the park.

Nearly a year of Disneyland and Disney California Adventure closed, many have realized how much the theme park has meant to them.

"I missed the ride so much," he said.

Several fans have expressed how much they miss Disneyland on Twitter and other social media sites.

Boy, do I miss Disneyland. That's all. 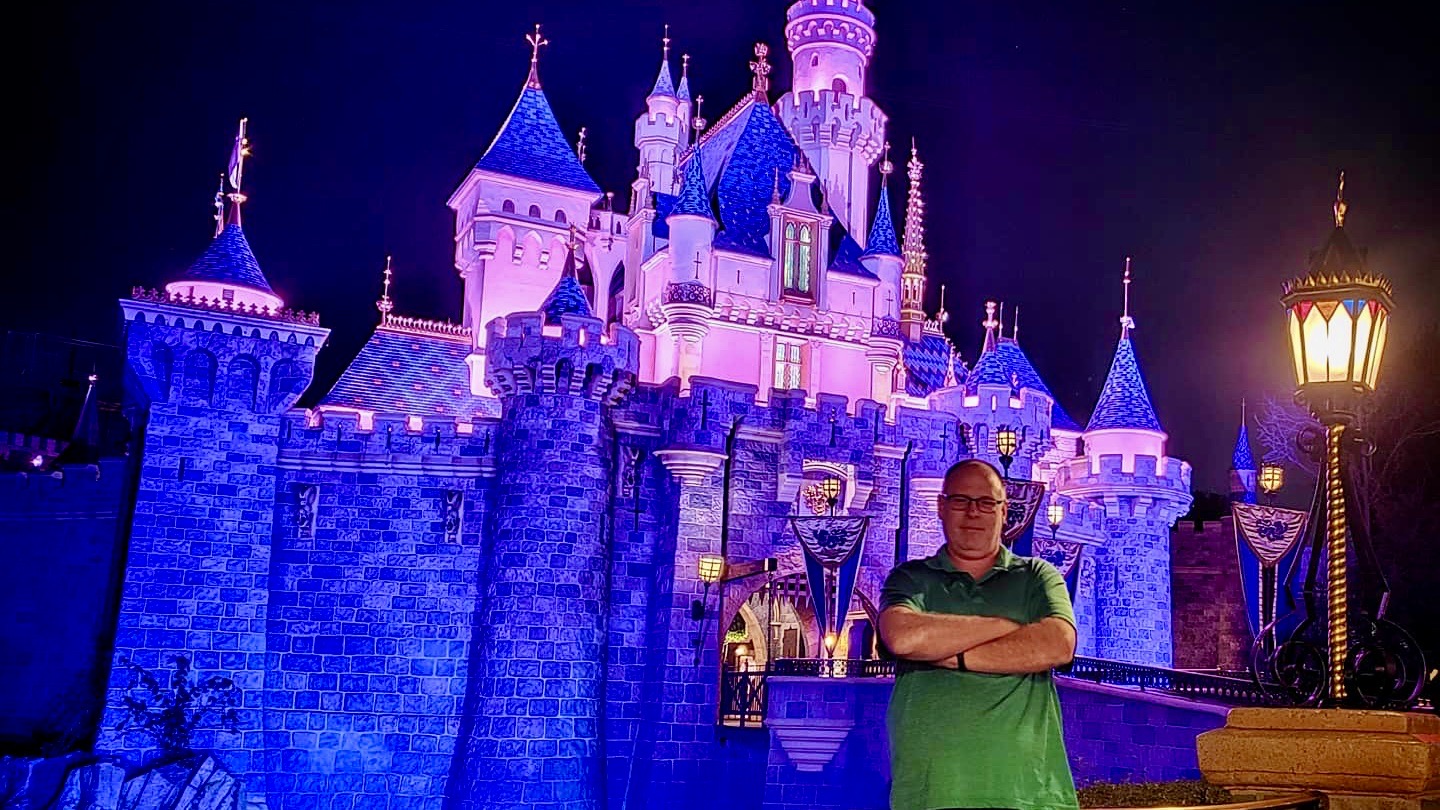 For Reitz, this past year has been especially tough. A heavyset former Air Force veteran, Reitz works at the Long Beach Veterans Hospital. He's been on the frontline of the pandemic.

He'd spend three to five hours a day, grab some dinner, and average about 10,000 steps per visit, he said. His trips would vary. Sometimes he'd meet up with friends or walk around taking photos. Other times, he'd spend most of his time talking to cast members.

"I've always said it's the cast members who make the magic," Reitz said. "Characters are cool to see, but there are so many cast members that have so many different stories to tell. They are the ones that make a guest's experience magical."

Initially, when Reitz started the streak with an old friend on New Year's Eve 2011, he only wanted to spend every day at the park since 2012 was a leap year. They would spend one extra day – 366 – at the park.

But he kept going – every day beyond.

Eventually, Disney took notice of his streak and celebrated him. In 2014, he set an unofficial record of visiting Disneyland for 1,000 consecutive days. Three years later, he logged 2,000 straight visits.

When the pandemic hit and Disneyland closed, Reitz thought he could manage his days of not being at the park. He always kept up his spirit, knowing that it took a global pandemic to stop his consecutive visit streak.

But a couple of weeks in, it was getting harder and harder for him to get out of bed. Going to Disneyland after work and during the weekends was drilled into his head and habits.

"It was like, 'What am I getting up for?'" he said. "Especially the weekends, it's not like you can go anywhere."

There was always a running joke among his friends that if he ever stopped going to Disneyland, he would have more time to do other things.

The pandemic, however, robbed him of visiting Disneyland and partaking in other activities, at least early on.

"I was stuck in purgatory," he said. "I wasn't going to Disneyland, but everything else was closed. I can't go anywhere because of the shutdown and couldn't hang out with people because you had to be separated."

In April, after the coronavirus catalyzed shutdown, he signed up to be part of Team Red White and Blue's local Orange County chapter. This nonprofit group brings together military veterans for outings and other group activities.

For most of the year, those activities were happening in virtual settings. But in September, Reitz finally had his chance to go out and went on a hike with the group.

He's been going on a couple of outings every month with the group since. He felt a bit liberated.

"I enjoy being outdoors. We go hiking, and now I have time to walk the trails and hills and check out other things and see other places," Reitz said. "I may go back into scuba diving."

When Disney opened up Downtown Disney and Buena Vista Street, he noticed he didn't feel the same. Things were different. The Disney magic was different. He's only visited twice in the last year. He didn't bother to buy tickets for the Touch of Disney food and beverage event at Disney California Adventure.

And with theme parks being allowed to reopen starting in April, he's not sure if he'll visit Disneyland once it does reopen and start a new streak. Disney ended the annual pass program.

To Reitz, his streak ended when the pandemic shut down the park.

"I haven't decided yet if I'm going to go back," he said. "I'm waiting to hear what they'll do with the annual pass program and what's going to happen with that." 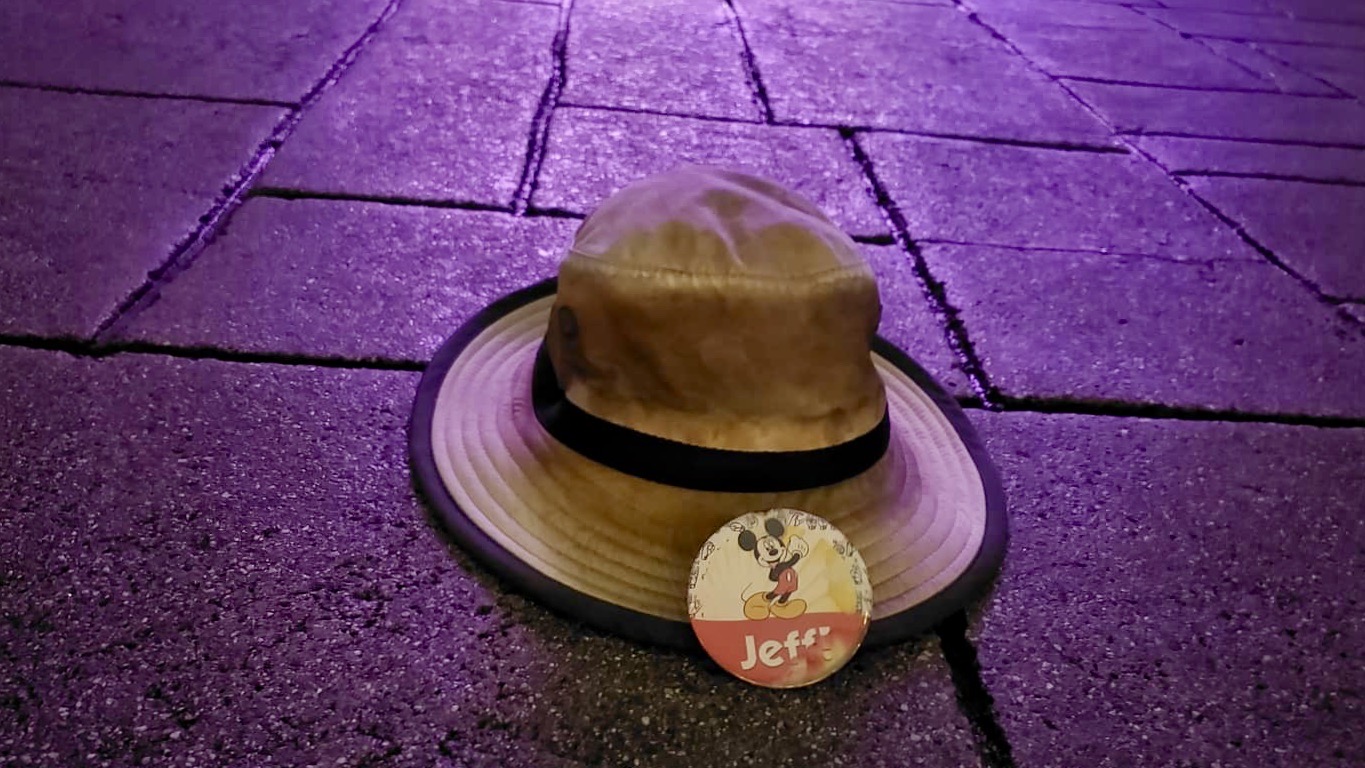 After 2,995 consecutive days, he's okay not being able to visit Disneyland again. On the eve of the last day before the pandemic shut down the park, Reitz placed his slogger on the concrete in front of Sleeping Beauty Castle at Disneyland. It was a symbolic gesture.

"To me, my streak is already done," he said. "Once the calendar hit March 14, and the park closed [the following day], it was done for me. My streak was always based on consecutive calendar days.

"A lot has changed over the eight years that I started it," he added. "I'm good with it. I went [to Disneyland for] more than eight years. I got to see a lot of changes at the park. Now, I'm not worried about going every day like I was."