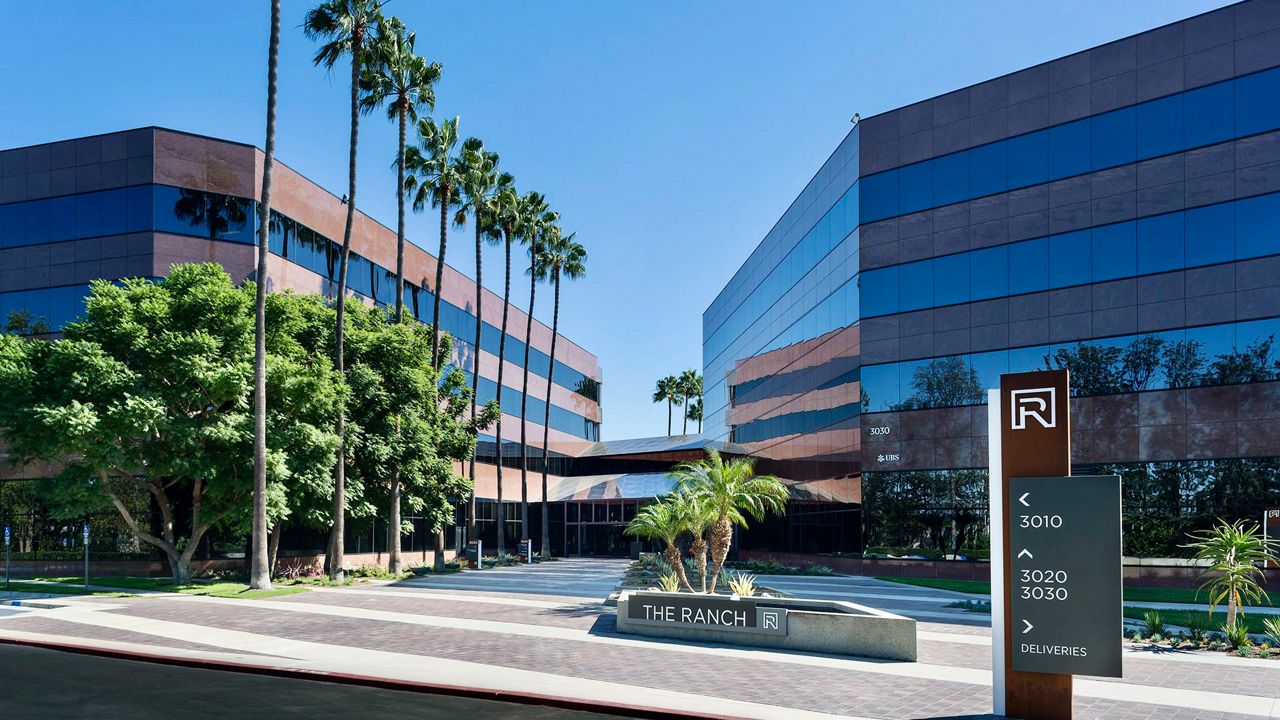 Omicron stalls return to office, but employers wait eagerly for them to come back

EDITOR'S NOTE: Multimedia journalist Itay Hod spoke with a business owner about navigating the pandemic. Click the arrow above to watch the video. (Jan. 26, 2022)

SEAL BEACH, Calif. — Just as employers were ready to welcome back their employees to their offices, the omicron variant surfaced, halting their return.

"There are a lot of benefits of collaboration," said Peter Belisle, market director southwest region at JLL, a commercial real estate company. "They understand employees don't want to go back into the office five days a week. Hybrid is the new norm. But [employers] still want employees to come back into the office."

Since the onset of the coronavirus pandemic in March 2020, government mandates and restrictions have forced many employers to abandon their pricey office space and have their employees work remotely — usually from home.

According to access control company Kastle, which keeps track of their office occupancy at 2,600 offices in their portfolio nationwide, office occupancy has dipped sharply since March 2020.

From February to March 2020, nationwide occupancy went from the upper mid 90% to single digits depending on the city.

In New York, office occupancy in the first few months of the pandemic, from late March to July, was less than 10%.

As local or statewide restrictions lifted, office occupancy nationwide in 10 major cities often trended upwards in the upper 30% and 40% but not to pre-pandemic levels, Root explained.

"Physical occupancy went to the low single digits in the nascent stages of the pandemic and has slowly crept up," said Root. "Throughout our portfolio, we're averaging about 40% physical occupancy, but a lot of that is geography. In Dallas, where there are fewer restrictions, our offices are at 60% occupancy. But in California or Honolulu, it's about 30% to 40%."

"Different cities and localities have different rules and mandates," added Root. "It's like in California, they're asking employees to wear double masks, and in Hawaii, officials there are like, 'please don't come in.'"

According to the Kastle Back to Work Barometer, office occupancy in the LA metropolitan area began trending upward starting in September and peaking in early December at 36% last fall.

But once the omicron variant surfaced and the holiday season approached, fewer people came into their offices in mid-December and the beginning of January. Office occupancy during that time in LA dropped to 18%.

"The Kastle Back to Work Barometer shows the omicron variant continues to affect office occupancy," Kastle officials wrote on their website. "While the 10-city average rose more than two points to 30.1%, it remains far below the 40.6% peak from early December. The rate of recovery is also slowing: the prior week saw a 4.6 point increase, and the week before that, 5.8. Twelve weeks ago, the occupancy rate was 37.8%."

As the pandemic continued, employers have had to make significant changes to their office layout philosophy and create a brand new return to work strategy, said Michael Casolo, global chief revenue officer at Unispace. Unispace is an international workplace strategy, space planning, design and construction company.

The work paradigm has shifted, Casolo explained. In the first year of the pandemic, employers and employees thought that they would return to their previous way of working once the pandemic was over.

People have always viewed offices as a place to put your head down and do their work.

But the world has changed, said Casolo. Employers recognized that the work and people's work-life dynamic has changed.

"They are there to collaborate in a way they can't on a screen," he said. "They are there to interact, for a cultural connection or to do a physical thing whether it's to build something or create a presentation or present something."

Casolo noted that when people return to work, they'll see a lot of open spaces and amenities. Depending on the job and industry, offices may look like and feel like a college campus or a co-working space with plenty of free drinks and other amenities.

"The office now looks like a living room and functions as a workplace," he said.

Root, the president of Parallel, said his company spent more than $10 million upgrading his office buildings nationwide. Other office building owners have done the same.

Parallel spent much of that on making their office buildings safe and healthy. The upgrades included a bipolar ionization HVAC system, touchless doors, elevators, restrooms, and enhanced common areas, fitness facilities, and delis.


When many employees are resigning as part of the so-called Great Resignation, people want to come to an office to feel inspired, Root explained.

"No one wants to go to a soulless office building anymore," he said. "We enhanced the amenities and the office experience so when they do come back to the office, they're excited to go back. They'll know it's safe and highly amenitized and gives them even more reason to come to the office."

Root added that while the omicron variant slowed down his tenants and their employees return to the office, they'll come back nonetheless.

"The omicron variant is a bit of a pause," he said. "Everyone is much more educated about pandemics and vaccines. Many tenants monitor this daily, and as soon as [omicron cases] start to drop, they'll start getting back to the office. They are not as fearful this time. The reality is we have to live with COVID."

CORRECTION: A previous version of this story incorrectly identified the title for Michael Casolo. The error has been corrected. (Jan. 28, 2022)