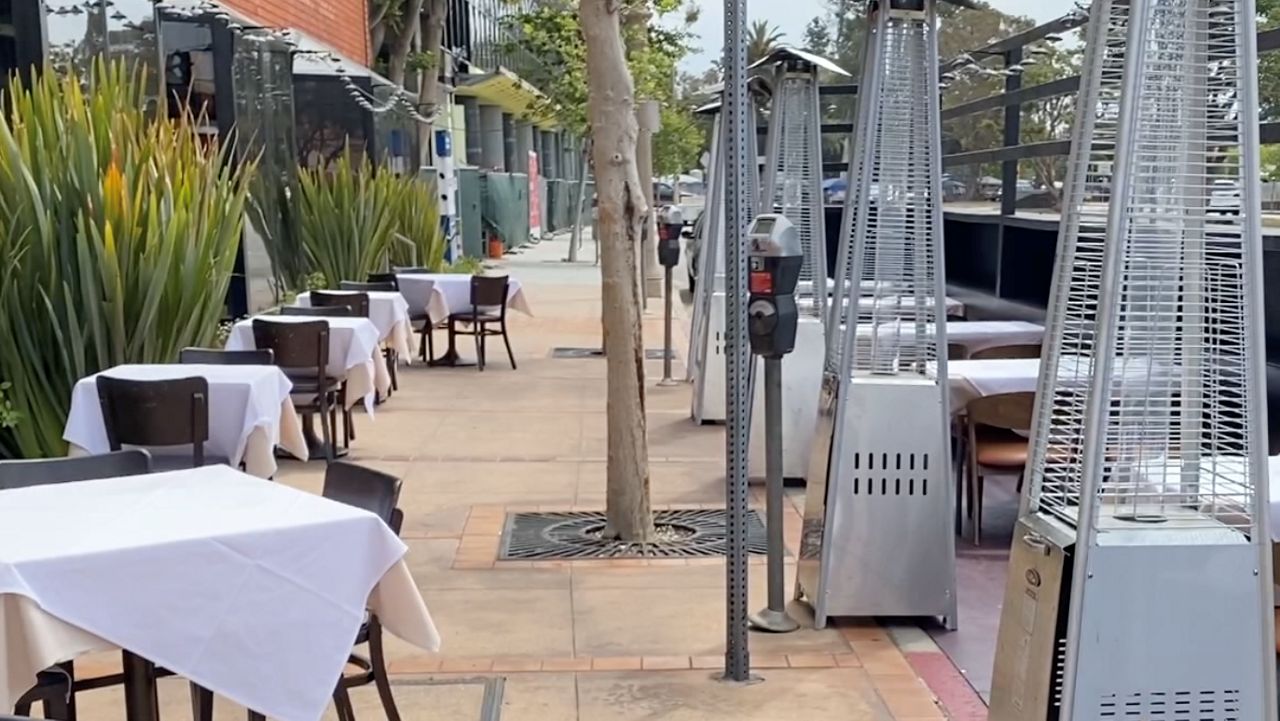 LOS ANGELES — Usually during Oscars weekend, Toscana restaurant would have its indoor dining areas and bar packed with private parties and a who’s who of regulars.

It’s something the restaurant’s director of marketing, Janine Sharell, longs to see again.

“The restaurant is 32 years old. You can imagine how many stories could be told from this dining room,” Sharell said.

But it’s been a year of pivots and adapting to constant change as far as dining rules go.

Sharell said Toscana was hit hard at the beginning of the pandemic, but loyal customers who ordered takeout and bought gift cards kept them going until they could re-open a portion of their restaurant.

The LA Al Fresco program, which allowed restaurants to apply to expand dining areas into the street, sidewalk and private lots, was a saving grace.

Sharell said Toscana spent more than $40,000 building out two new patio areas along the sidewalk to get customers back to the restaurant.

Even though they can finally welcome diners inside again, she said most folks still prefer to grab outdoor spots.

Her team was worried they’d soon get thrown another curveball to remove the expansion as the economy re-opens. During his State of the City address on April 19, Mayor Eric Garcetti said he would like to see the program become permanent.

“The restaurant industry has been hit really hard, and it’s been devastating, and we’ve seen support coming in a lot of ways,” Sharell said.

Thanks to LA Al Fresco, Toscana has been able to re-hire some much-needed staff, like server Giovanni Rubino, who was finally able to return to working in restaurants.

He spent months trying to make ends meet by pivoting to deliveries, which he said ended up being more work for less pay.

“Every challenge has a blessing in disguise,” Rubino said. “For me, it brought the opportunity to have a job in a good place.”

Seeing Toscana return to its pre-pandemic energy, even though things look very different, is comfort food for Sharell, she said. And she hopes the expansions ushered in under the LA Al Fresco program are indeed here to stay.

“It took a lot of vision, and it took a lot of faith, and it was a leap of faith for us to do it, and thankfully it has been successful,” Sharell said.