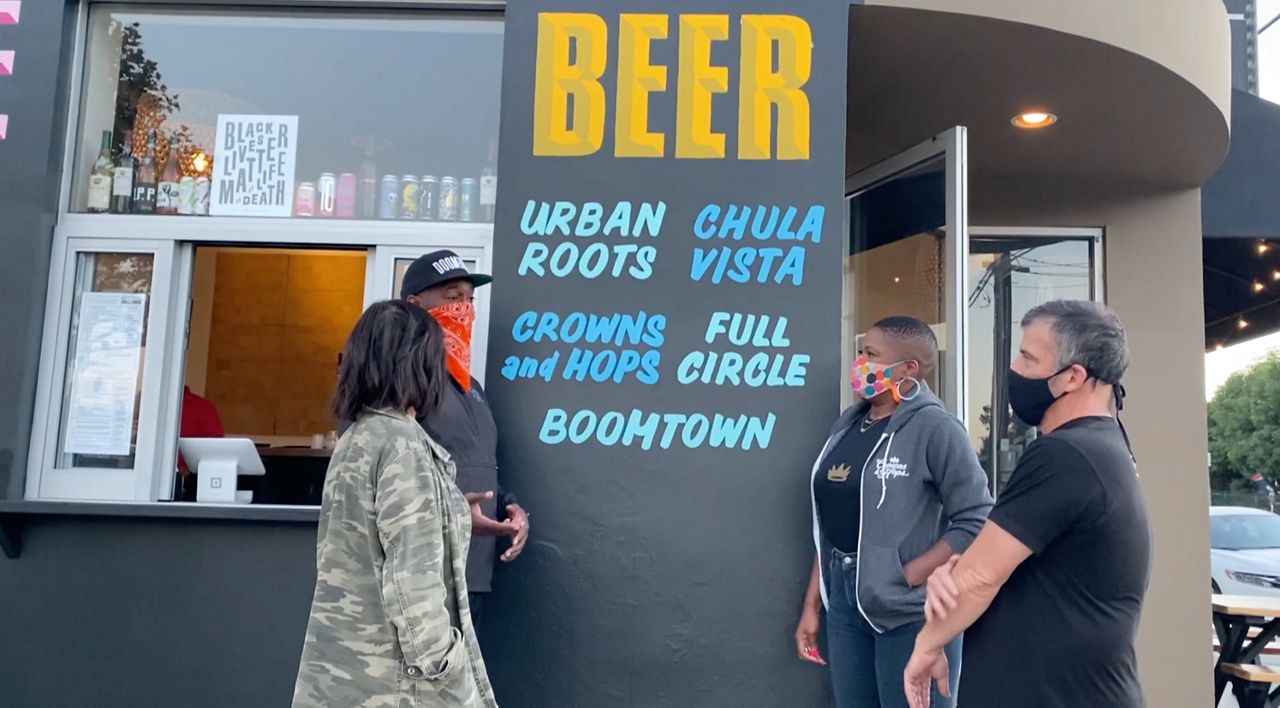 Owners of Crowns and Hops not only give back to the community, but focus on bringing diversity to the craft beer industry through their brewery.

LOS ANGELES — In a time of uncertainty for the food and beverage industry, many new collaborations have formed in order to push through the tough times.

The owners of a Silver Lake Vietnamese restaurant are making it their mission to help other small businesses by supporting and uplifting Black-owened breweries and wineries.

“There’s so much heart and soul in their product, which you don’t get from distribution typical beers that are easily available to restaurants,” said Himelstein.

He is talking about the Inglewood brewery Crowns and Hops that him and his co-owner D’nell Larson partnered with over the summer after protests rang out in response to the death of George Floyd. As the community figured out what they could do, Larson wanted to use their restaurant to help Black business owners.

“Instead of doing a one-time thing to support, we wanted to build a relationship to deal with the very big problem. We aren’t going to solve all the problems,” said Larson.

They looked for local wineries and breweries that were Black-owned, but not many were found. Just about 60 breweries in the U.S. are Black-owned out of over 8,000. When they met the owners of Crowns and Hops, the only Black-owned brewery in Inglewood, and the connection was instant.

“I just feel like you guys are my friends. I love them. They are not only dedicated to making delicious beer, they are constantly giving back to the community,” said Larson.

Owners of Crowns and Hops, Beny Ashburn and Teo Hunter, not only give back to the community, but focus on bringing diversity to the craft beer industry through their brewery.

“We have been doing this for so long, so we recognized the void almost six years ago and have been working diligently every single day to change that in the craft beer industry,” said Ashburn.

Hunter said they would spend so much time explaining why diversity, inclusion, and racial equity was important, it would take away energy from their business. So, it was a relief to work with the owners of Gingergrass.

“To have partners that are committed to dismantling systemic racism and being as audacious as we are about our own brand, it means the world,” said Hunter.

Crowns and Hops will now be sold at Gingergrass, for a glass with a meal or even in cans to take home. Since they do not have a brewery location just yet, this is a big part of their business.

“Have amazing beer, and amazing food is what is important to us,” said Ashburn.

Businesses coming together supporting local through a good brew.