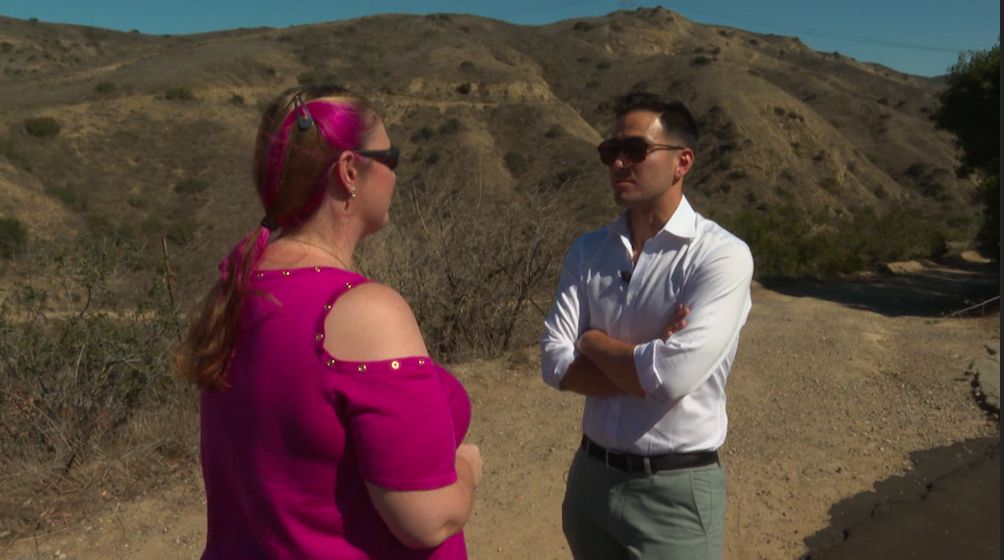 Joe Burns' house sits just west of the proposed Esperanza Hills project north of Yorba Linda, where cars were trapped in a traffic jam as residents tried to evacuate during the 2008 Freeway Complex Fire that destroyed over 300 homes.

You can see the proposed project site from his garage. If built, residents from the 340 new homes would be using the same access point to exit in case of an emergency.

"People are going to die. A lot of people came close to dying last time," Burns says. “...The one ingress egress that they have is right in the way of one of these canyons, and it’s going to be devastating."

It’s a feeling shared by community advocate Melanie Schlotterbeck, who has been heading the campaign to stop the development.

The Orange County Board of Supervisors OK’d the project in September. If the Esperanza development gets built, there would be nearly 1200 homes using the loop as an exit, and she says the math just doesn’t add up.

“Adding 340 more houses, which will end up being about 1000 more cars all trying to evacuate at the same time... It won’t go well,” says Schlotterbeck.

Esperanza Hills developer Douglas Wymore said that the Freeway Complex Fire has been a consideration and mitigations have been made since he originally proposed the project in 2012. The homes will be fire hardened, which he says could serve as a buffer for existing homes in the event of an emergency. An emergency safety plan was also developed by the city in 2008.

The plans include a second access point, but it’s just for firefighters and emergency personnel. It’s up to responders if they choose to use it as an emergency exit for residents as well.

Burns' house sits where project opponents have proposed a second all-access exit point. There is a city safety exit plan in place in the current design, but Burns says that at the end of the day, the best made plans might mean nothing in the event of an emergency

“When people are panicking, all bets are off,” says Burns.