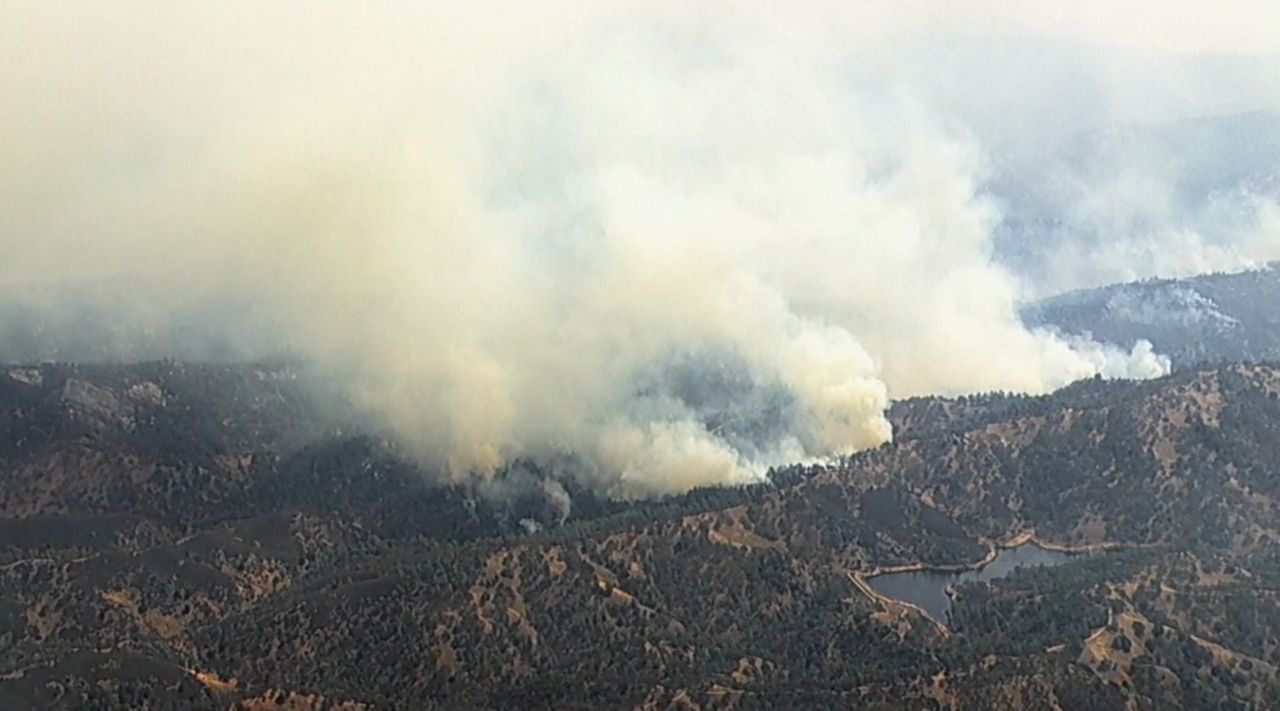 WHITTIER, Calif. — Using an inhaler for her asthma has been part of Marisa Garcia’s daily routine since as long as she can remember.

But in recent years, her anxiety for her health has grown, as wildfires have become a year-round risk.

And when they occur, the air quality can be dangerous.

“I close all the windows in my apartment, I put my air purifier on high, and I lock myself inside,” Garcia said.

Air quality always had a tremendous impact on Marisa’s life, growing up in Santa Fe Springs close to the 5 and 605 freeways, but in recent years, fire season and smoke pollution has her on edge.

Marisa now lives in Whittier, and was scared when the hills near her home caught fire in 2020.

“I do live with the fear of those hills going up and what that means for the air in that area and how long I would have to leave my home,” Garcia said.

The 2020 wildfire season was a nightmare.

Over 9,000 fires burned across the state, and now, a new report shows that the air pollution soared to some of the highest levels in decades.

Bill Deverell is the Director of the Institute on California and the West, and said fires have become hotter. They’re burning differently and pose a serious threat to public health.

“The smoke gets up in the atmosphere and it can move hundreds and hundreds of miles, and then essentially drop down into the chest cavities of people who have respiratory or pulmonary distress and cause all kinds of trouble,” Deverell said.

Dangerous health effects for those most at-risk like Marisa, who goes to a nearby hiking trail in Whittier — an area filled with dry brush.

“I’m scared that if this catches on fire, that it’s all going to go up and that it’s going to be hard for the firefighters to control,” Garcia said.

The report comes when California faces a third year of drought and historic water cuts that will elevate the risk of wildfire across the west, keeping Garcia and those with compromised immune systems on high alert.