What is the marine layer? Hint: It's not just thick clouds

Simply put, the marine layer is a shallow layer of air near the surface of a body of water where the air temperature and dew point temperature are very close together.

Many people, including television weather presenters, mistakenly interchange marine layer with clouds. Although clouds are often present in this moist layer of air, it is not a requirement. In fact, once the low-level stratus clouds that form in the marine layer “burn off” or clear away from land or even over the water, the marine layer is usually still very much present.

The marine layer forms when relatively dry and warm air moves atop a body of cooler water. The warmer air close to the surface of the water cools and, thanks to its proximity to the water, becomes saturated with water vapor. This often leads to the famous low-level cloud formation. The wind then carries those clouds over land, sometimes as far inland as 80 miles or more!

The marine layer is usually no more than 4,500 feet deep. A deeper marine layer usually results in extensive cloud coverage extending well inland, often to the foothills of the mountains. 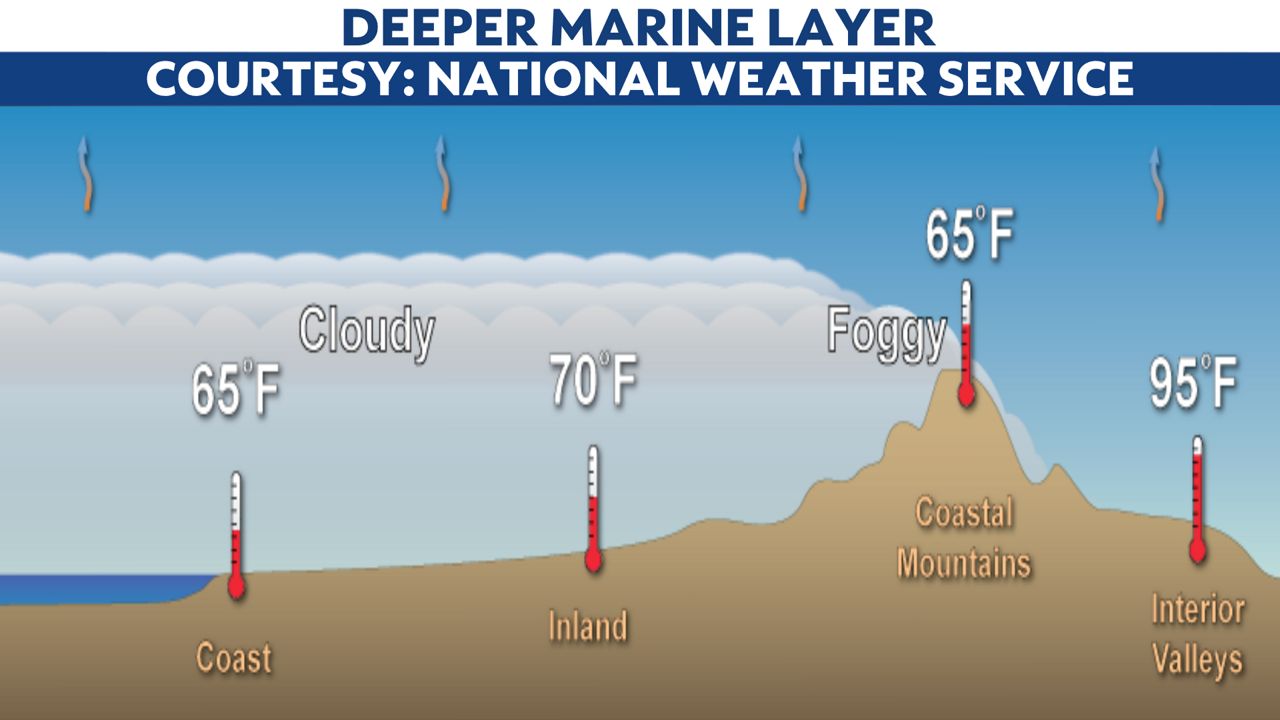 If strong high pressure moves overhead higher in the atmosphere, it can squash the marine layer depth to under 1,000 feet or even dissipate it altogether. This will prevent marine layer clouds from extending far inland. 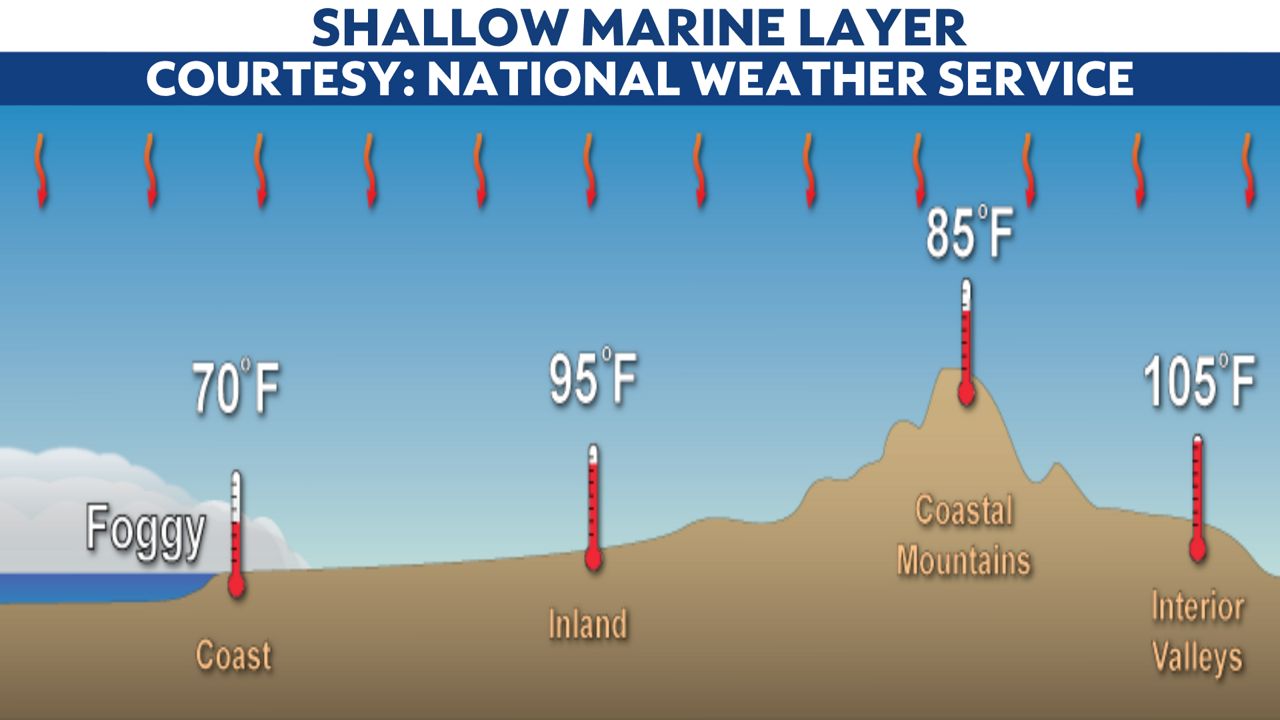 Why is California a prime spot for the marine layer?

There are regions in the world where marine layer formation is very common, and one of them is the California coast. The ocean water along the California coast is quite cold, thanks to the presence of a semi-permanent area of high pressure, called the North Pacific High, over the Pacific Ocean.

As the North Pacific High builds in strength during the late spring and summer, winds from the northwest gain momentum, displacing water along the surface of the ocean. This leads to upwelling of much colder waters below, typically keeping California’s surface water temperatures in the 50s and 60s. 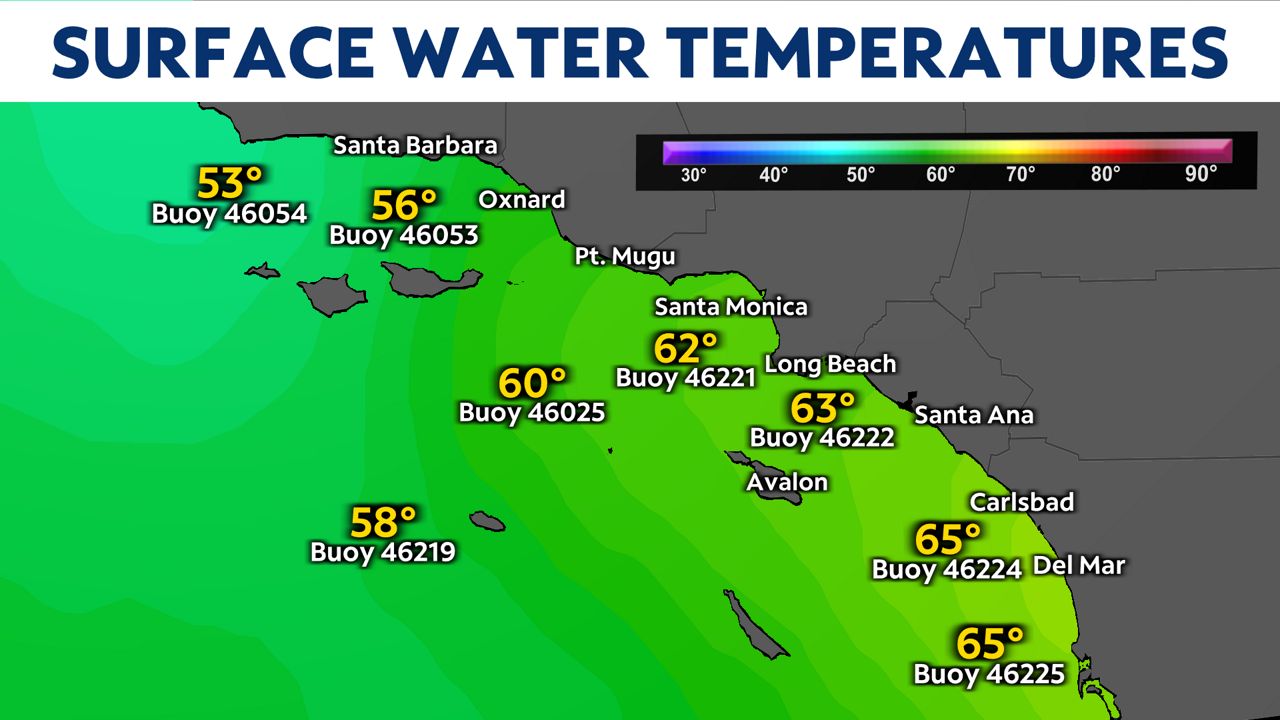 If upwelling is more pronounced, surface water temperatures can even drop into the 40s! Colder waters are typically observed farther north. 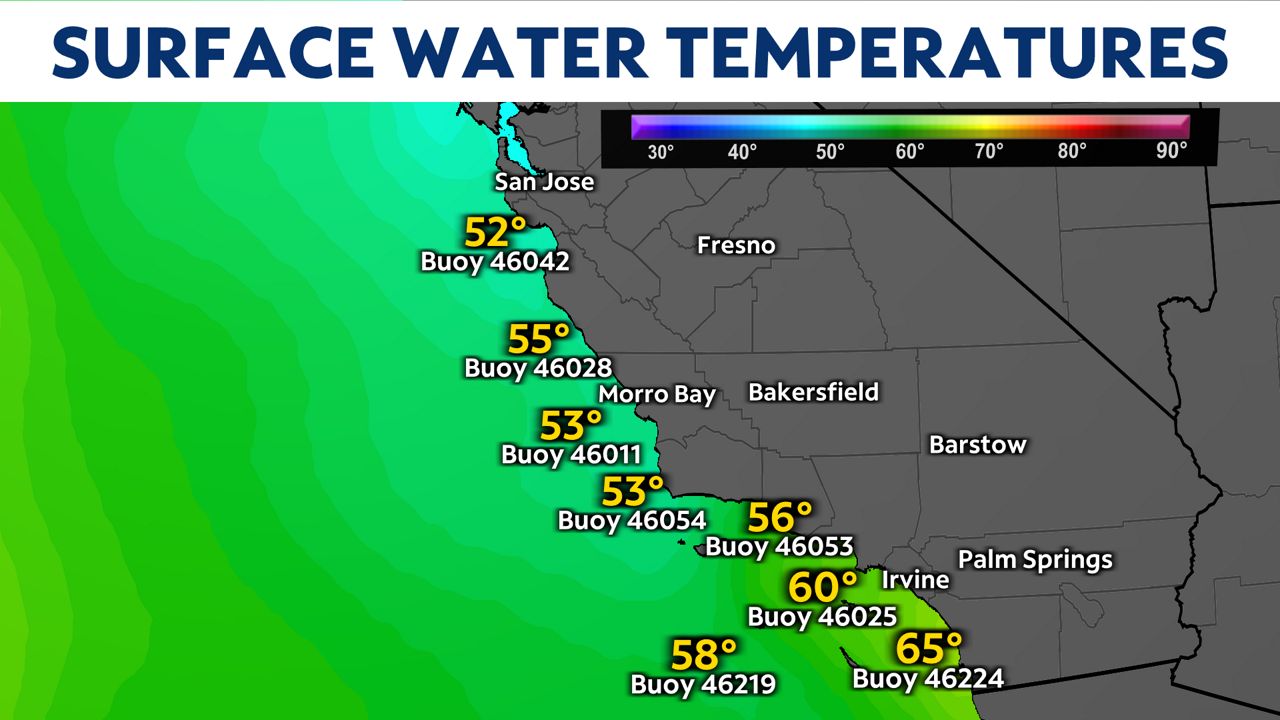 May Gray and June Gloom

The North Pacific High peaks in strength in July. As it gains strength during the months of May and June, the marine layer is present almost daily. In fact, it's so common in California coastal cities, residents have adopted the terms "May Gray" and "June Gloom" because of the persistent pattern of morning clouds and afternoon sun.

The marine layer is a big part of California weather in the spring and summer. It often leads to cloud cover and drastic temperature differences over short distances. But now you know that even if the marine layer is present, it doesn't mean clouds are, too.