The year started off off cooler-than-average. Then, two weeks in, a big four-to-five day warm up came with record-breaking 80s and 90s for highs.

Much of SoCal was completely dry for a majority of the month up until January 22nd.

Prior to January 22nd, there were only two notable storms - one on November 7-8 and a second storm just days after the start of winter on December 27-28.

On January 19-20th, a few hundredths to a little over a tenth of an inch of rain fell in the Coachella Valley and San Bernardino County mountains.

The dry spell is about to be broken. Widespread rain is in the forecast for the last week of January. 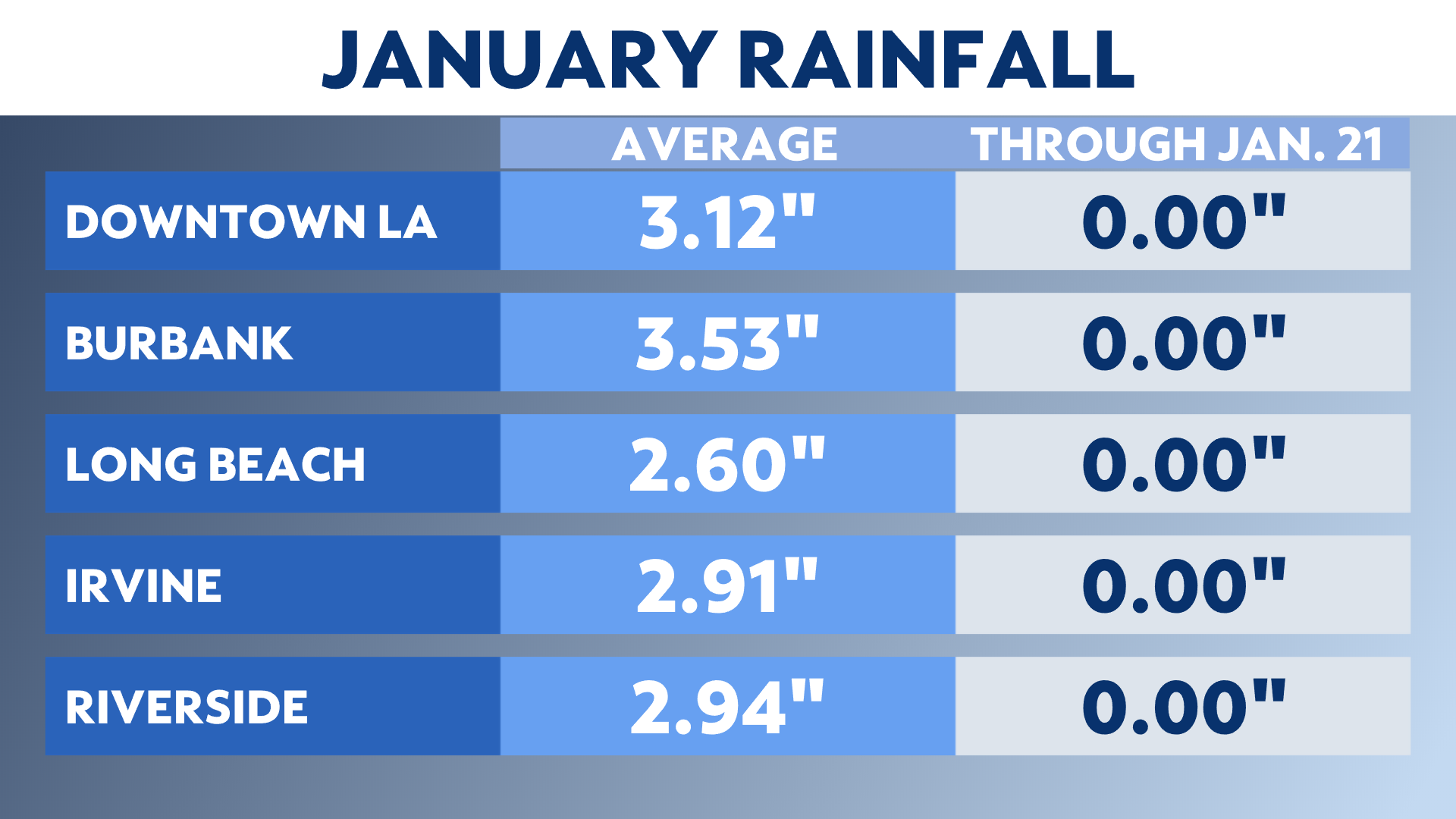 January and February are usually our wettest months. For January of 2020, much of the month was dry as well with only .32" of rain.

And it was even drier in February with only .04" of rain throughout the month.

The good news last year is we made up for it in March and April, with downtown LA and other cities receiving more than three inches of rain in March and four inches in April.

Could we see the same pattern this year? It's possible we may get some spring showers, but it remains to be seen just how much.

It doesn't look promising, though, if we look at the Climate Prediction Center's outlook for February, March and April. If the forecast holds, we may be in for a dry start to spring as well.