Yes, it’s been pretty dry so far this winter, but there is no need to worry. The major winter storm that roared through Southern California Monday proved we can erase a month’s worth of rain deficit in one day.

I recently explained how the climate where we live — the Mediterranean Climate — sees the majority of its annual rainfall in the winter months. In fact, a whopping 80 percent of Southern California’s annual rain and snow falls from December through March. Most locations received over an inch of rain Monday, and some received up to three inches in a matter of 30 hours!

Woodland Hills was one of many cities that received close to its December rainfall average in just one day. 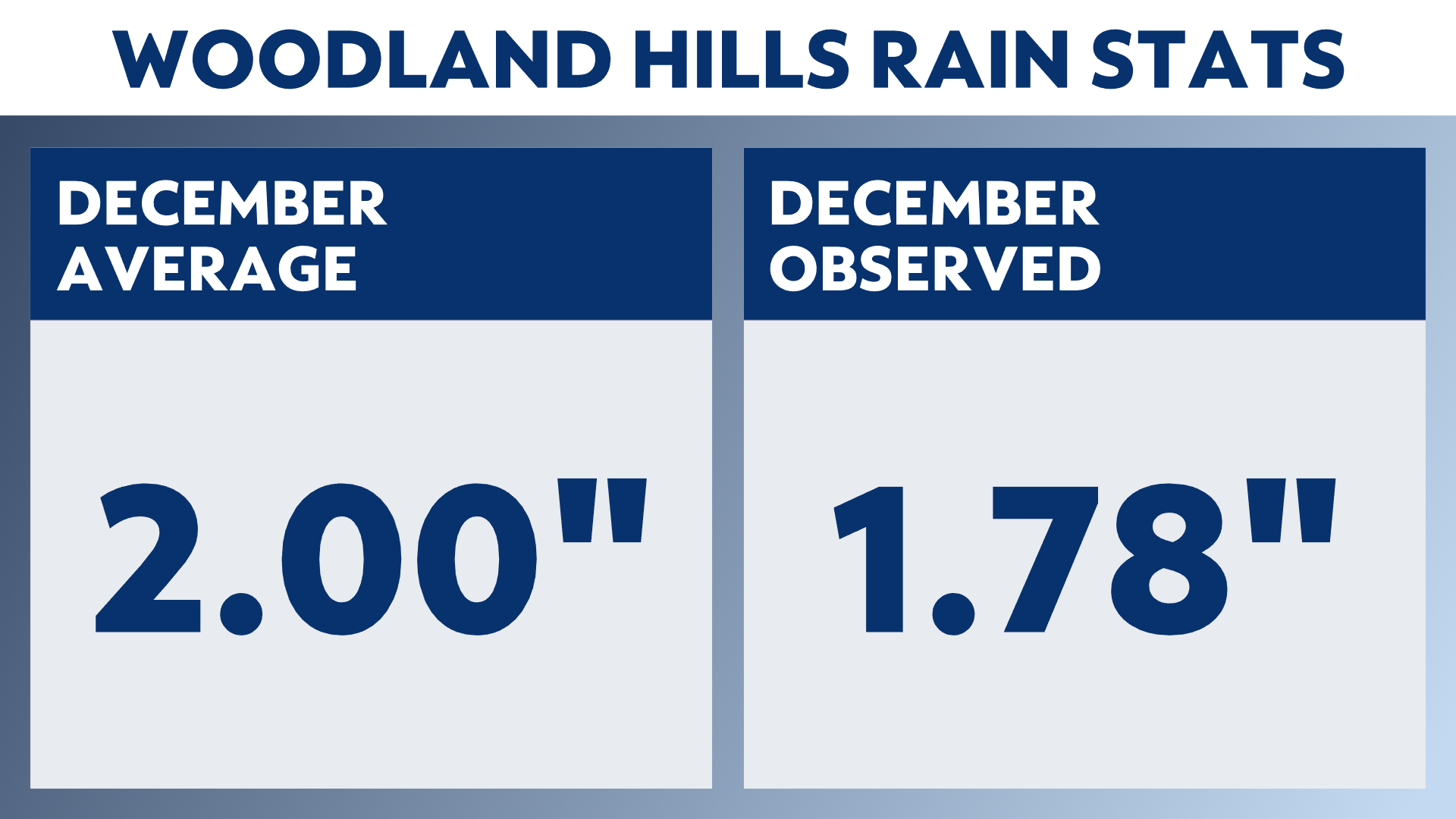 Snow totals were equally impressive, with anywhere from a foot to two-and-a-half feet of fresh powder falling in 36 hours above 5000 feet. 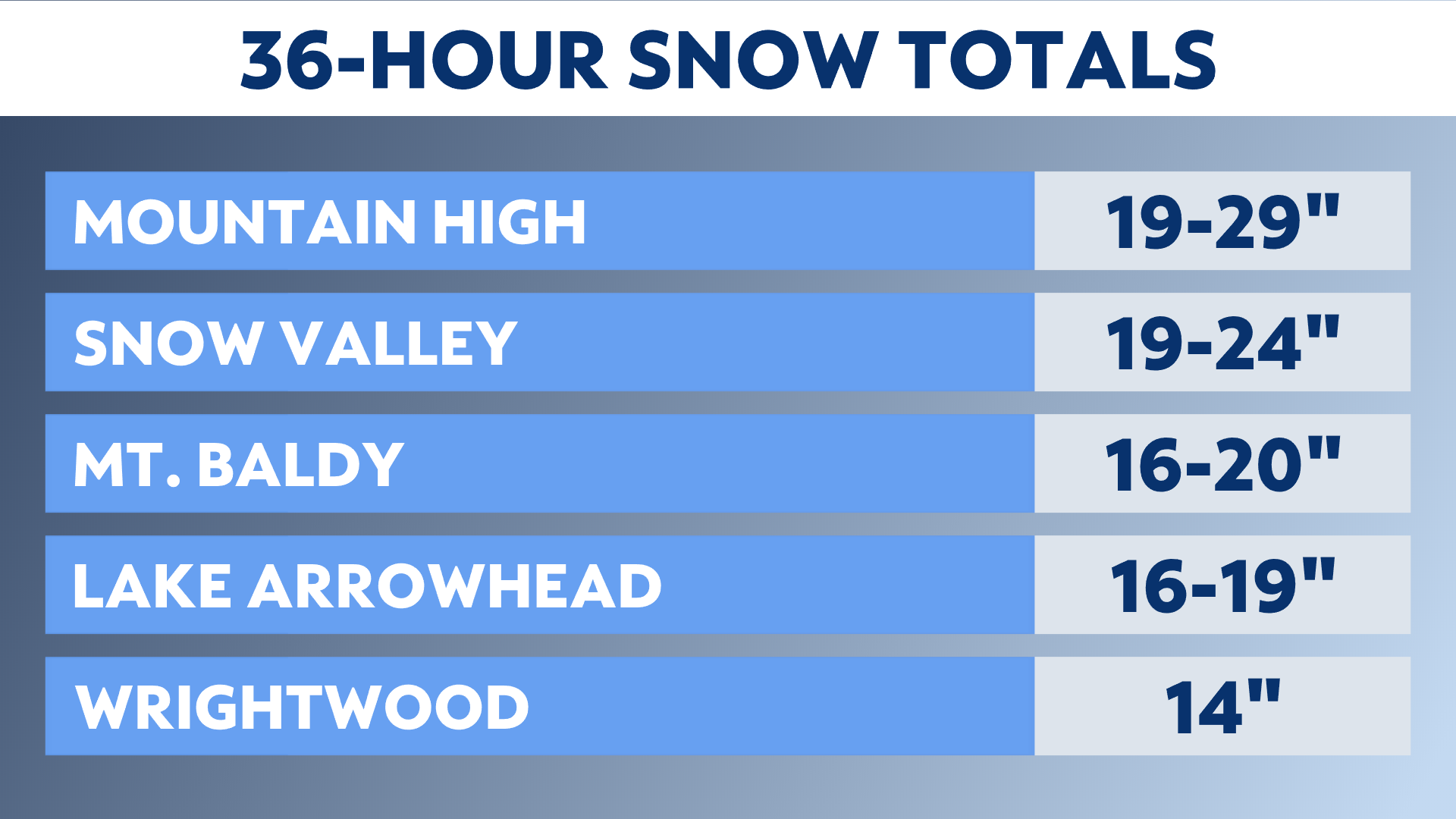 The good news is the pattern looks to be pretty active the first half of January, with what’s called zonal flow setting up. Zonal flow simply means there are no large amplitude waves in the jetstream — it’s flat, which allows storms to dive down into California.

With the zonal flow set-up, storm after storm will hit the West Coast — including areas farther south — which should bring significant rain and snow to California through mid-January. 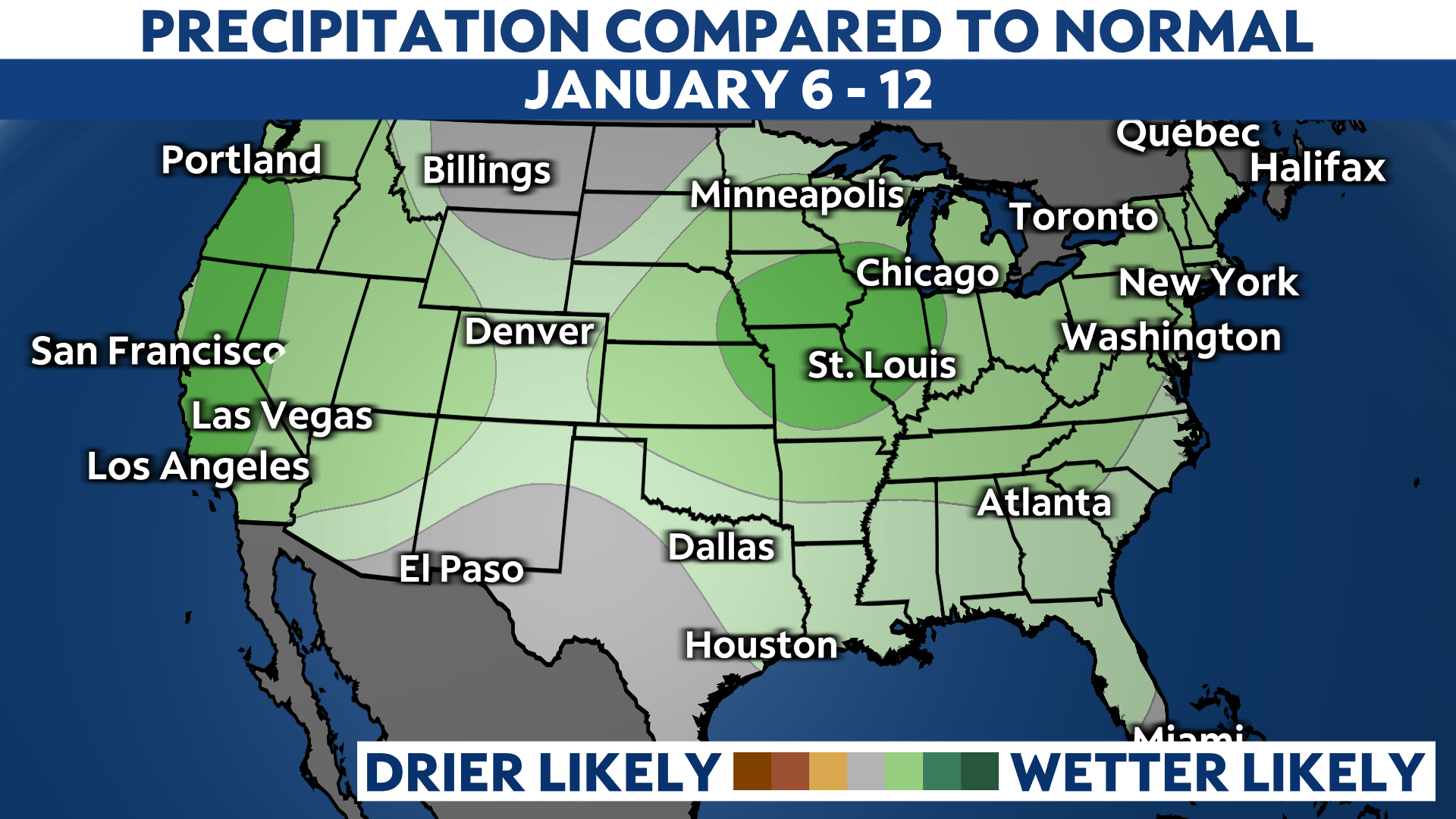 This would easily help bring rain and snow totals close to or even above average, and may help erase some of the state’s drought conditions. 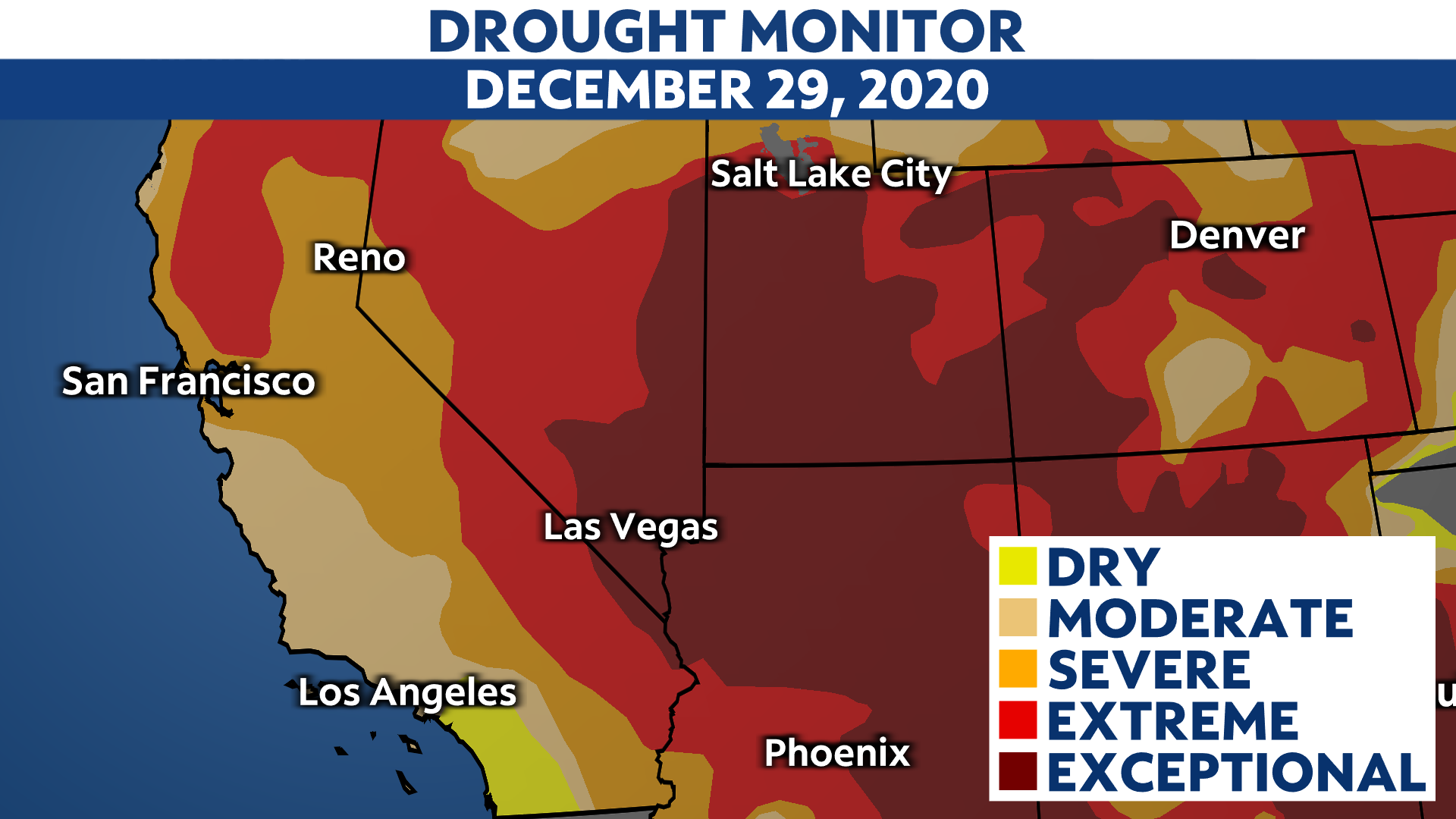 So don't worry about the fact we are running behind average to date. If it were late February, it would be a different story but we still have plenty of time left to catch up this season!