Tropical Storm Genevieve continues to track north, and there’s a chance it could lead to some direct and/or indirect impacts for southern California as soon as Friday.

Earlier this week, Genevieve had peak sustained winds of 130 mph on Tuesday, tying it for the strongest hurricane in the eastern Pacific basin so far this season.

Since then, though, Genevieve weakened to a tropical storm on Thursday. As of Thursday, tropical storm warnings were in place for much of the southern Baja California peninsula.

While Genevieve's center should stay well west of the peninsula, tropical-storm-force winds and heavy rain will likely move through Baja California on Thursday and Friday.

As Genevieve tracks north and into cooler waters, it’s expected to continue to weaken later this week. But some of Genevieve’s leftover moisture could still work its way into parts of the U.S. this weekend.

A ridge of high pressure anchored over the southwestern United States will help to gradually steer Genevieve – or whatever is left of it, as it this week – away from southern California.

But, some of Genevieve’s remnant moisture could still stream into southern California, continuing a recent trend of increased humidity levels there.

"The sky will become partly to mostly cloudy. And, we’ll be watching for thunderstorms popping up over our mountains, desert and possibly the Antelope Valley," said Spectrum News chief meteorologist Robert Santos, who is based in Los Angeles. “The good news is the increased cloud cover along with a weakening ridge of high pressure on Saturday will help end our nine-to-10-day streak of triple-digit temperatures in our inland cities."

"Temperatures will drop back down into the 90s. But, it'll still feel humid."

That could lead to storms across parts of California on Friday and Saturday. 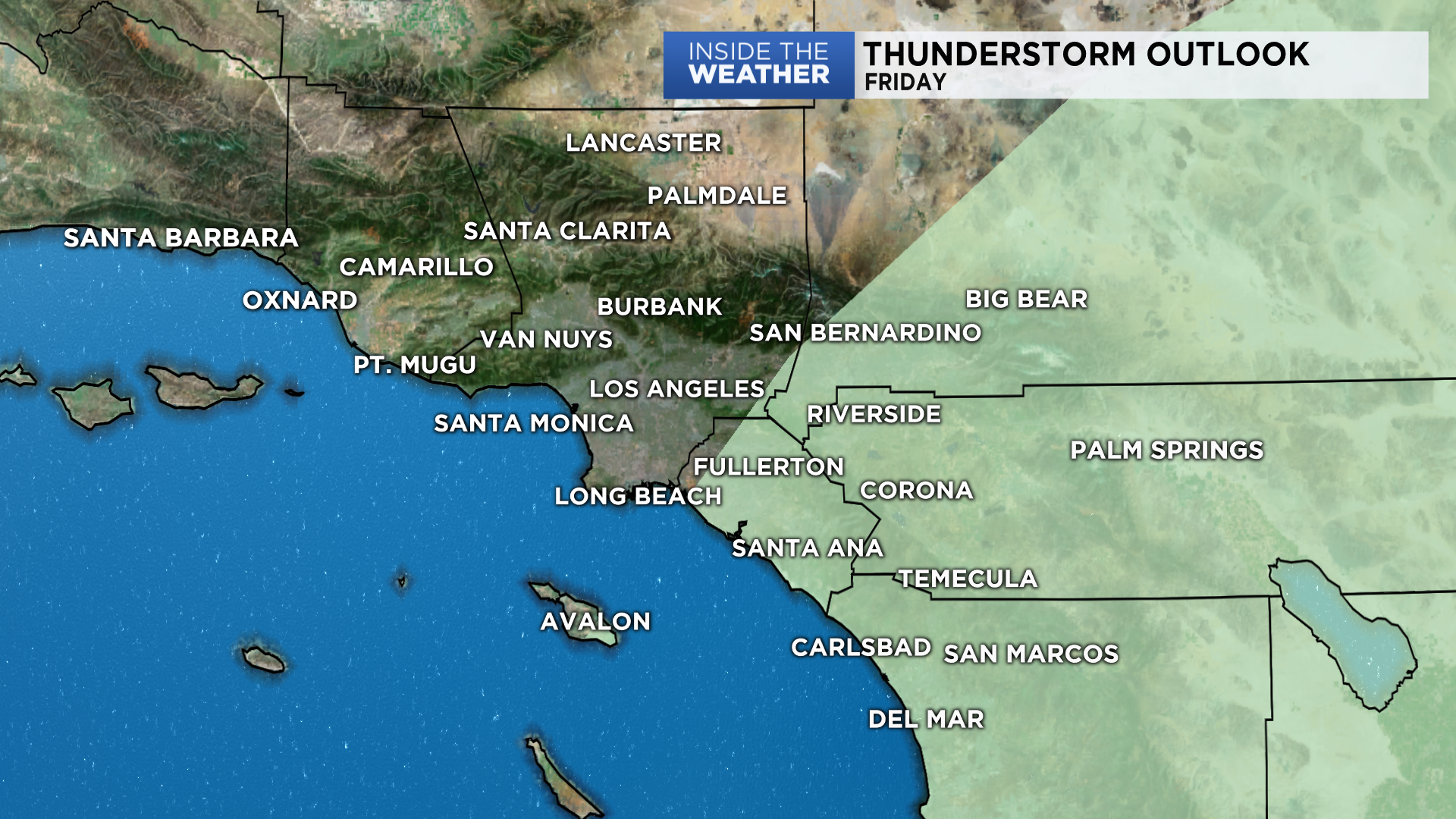 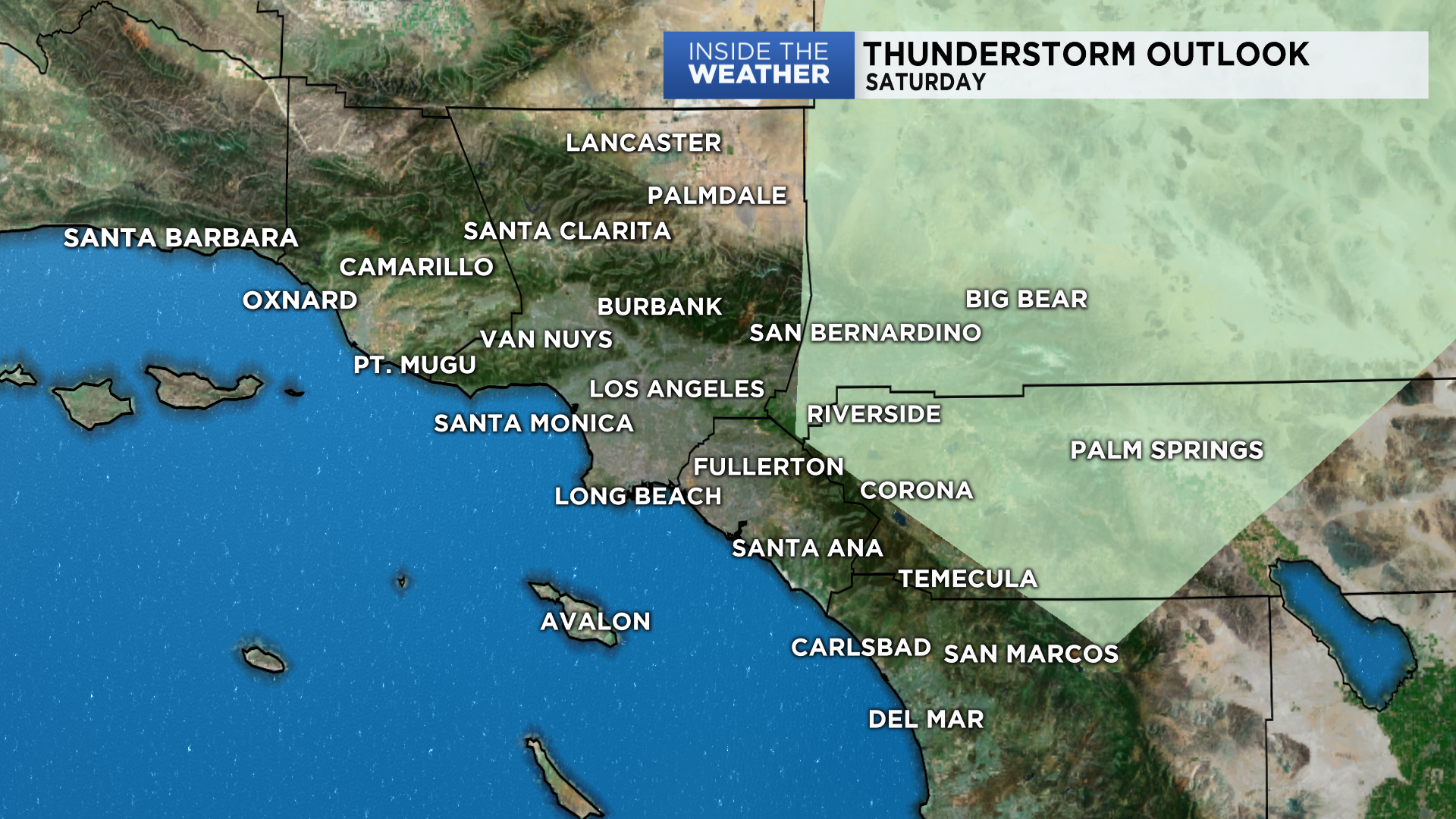 The storm is expected to stay far enough west that the core of the storm should remain offshore, limiting impacts. But, pockets of heavy rain could still impact southern California, particlarly on Saturday.

The far more likely Genevieve impact, however, is that surf will increase dramatically later this week and into the weekend.

“The storm could also provide a decent southerly swell on Saturday,” Santos said.

The center of the storm and the worst of its wind and rain, though, is expected to remain well offshore. But while Genevieve is unlikely to bring widespread flooding rains to southern California, rain and surf could still impact the region.

And while Genevieve won't be a direct strike, a landfalling tropical system on southern California is not entirely unheard of.