If You Haven’t Been to LAX Recently, This is What’s Happening

LOS ANGELES — With less than a month to go until Thanksgiving and the start of the holiday travel season, Los Angeles International Airport is predicting far fewer passengers than last year. Since April, when travel through LAX was down more than 95 percent compared with 2019, traffic remains 65% below normal levels and is likely to remain that way for the rest of the year.

“We’re hoping that we see some increases, but it’s going to be slow,” said Justin Erbacci, chief executive officer of Los Angeles World Airports, the entity that owns and operates LAX. “What the industry is saying right now is that it will take three to five years to get back to 2019 passenger levels,” Erbacci said, adding that leisure travel will come back before business trips.

Last year, 88.1 million travelers passed through LAX. This year, just 31 million are expected to fly in or out of the world’s third busiest airport. But having fewer travelers has had some silver linings.

Even before the pandemic, Erbacci said the airport was already working to make the travel experience as contactless and self service as possible. COVID has just accelerated it, and the lack of traffic has also helped speed up construction of various projects, including the highly anticipated Automated People Mover that, for the first time, will connect travelers to the airport via train. 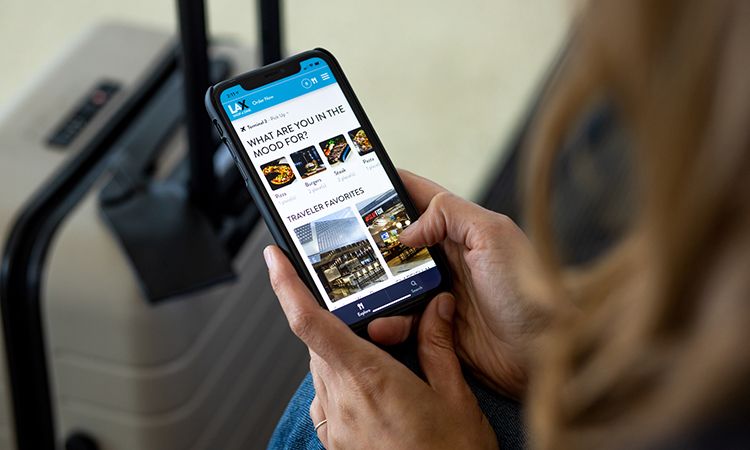 Launched earlier this month, the LAX Order Now app lets travelers use their smartphones to order food and beverages from participating airport restaurants inside the terminal before they arrive or once they get there.

Using the app, or the web site LAXOrderNow.com, visitors can search, browse, and order food and non-alcoholic beverages and pick up their orders without physical contact. Visitors can also place their orders with the cameras on their phones by scanning one of the many QR codes located around the airport to browse airport restaurant menus and place an order.

More than 20 restaurants are currently participating in the program, and others are expected to be added soon. LAX is also planning to offer an in-airport, contactless delivery option.

Travelers going through the Tom Bradley terminal can now use a smartphone to check in at one of a dozen remote control kiosks located in Aisle A of the departures level. After connecting their phone to a designated Wi-Fi service, visitors use their camera app to scan the kiosk’s QR code, after which their phone becomes a trackpad to control the kiosk, negating the need for travelers to touch the kiosk screen.

Asiana, Cathay Pacific, Lufthansa, Norwegian, and Scandinavian are among the almost two dozen airlines that participate in the common-use check-in kiosk program.

The program also allows for self-service bag checking. The same kiosks can print out luggage tags for passengers to drop off their bags on a conveyor belt without stopping at the check-in counter.

In addition, the international travel terminal now employs Travel Safely Ambassadors to remind guests that face coverings are required at the airport and to provide them with free face coverings if necessary.

As part of a multi-project, $14.3 billion modernization program, Erbacci said LAX will open its new midfield satellite concourse, adding at least 12 gates to the Tom Bradley International Terminal, next year. 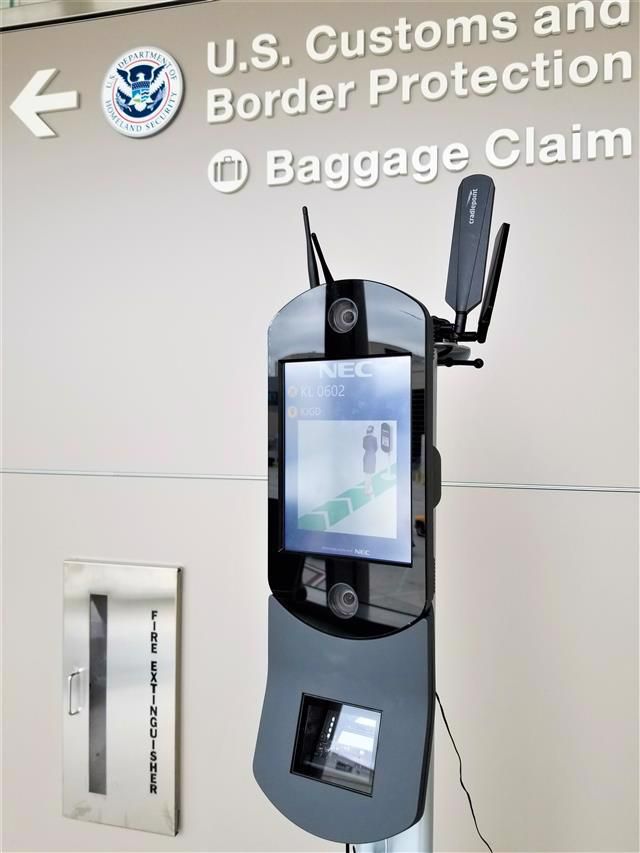 Travelers who are entering the country using the Global Entry program can also use a biometric kiosk that lets them skip the Customs and Border Protection inspection line and negates the need for them to swipe a passport or provide a fingerprint. 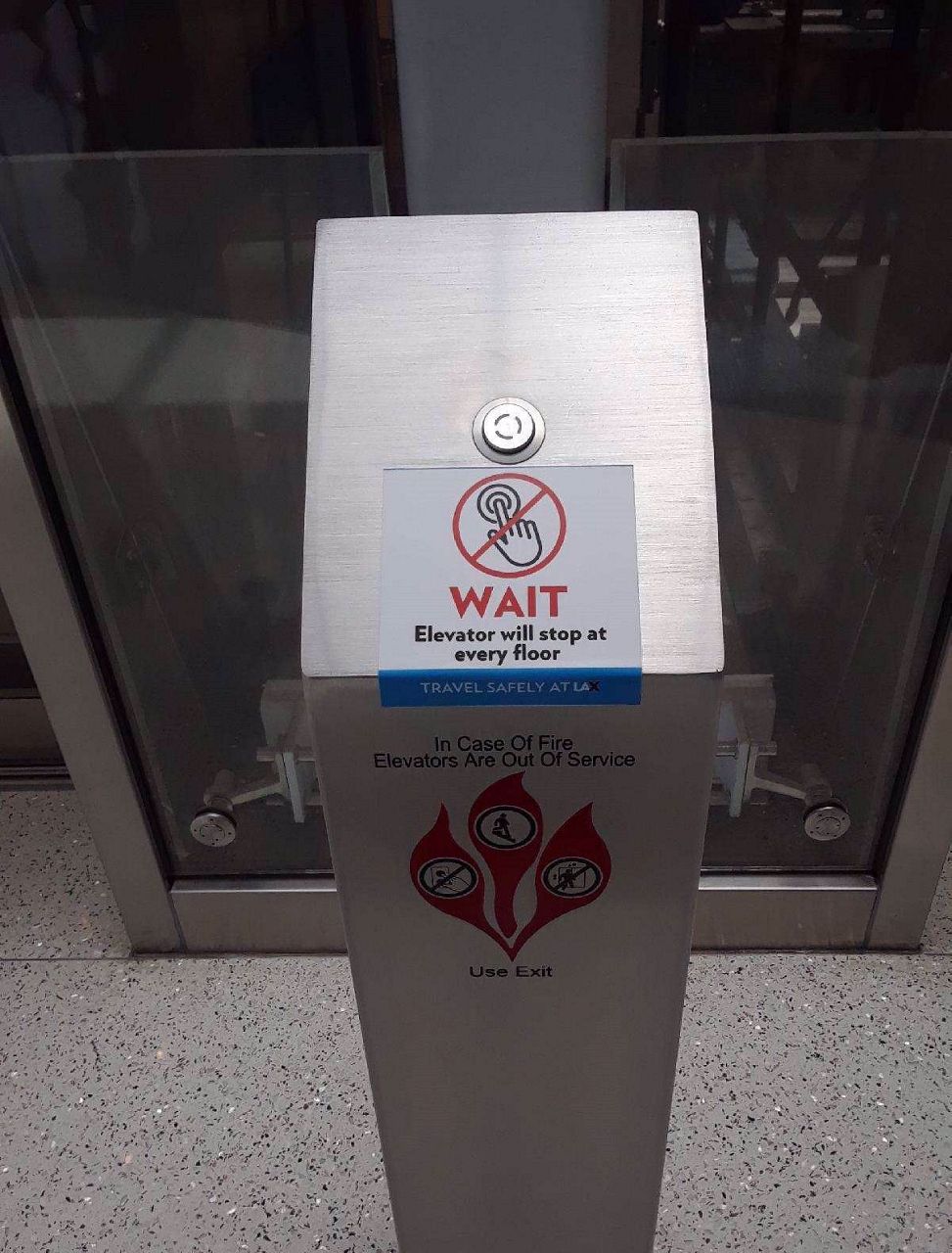 LAX is running a pilot program with its elevators in Terminal 1, which are now programmed to stop automatically on every floor to prevent travelers from touching the buttons. It is also testing new self-cleaning “NanoSeptic” elevator button covers that coat them with an anti-bacterial surface.

Terminal 1 is the only terminal other than Tom Bradley to employ Travel Safely Ambassadors to remind travelers that face coverings are required at the airport and to provide them with a free face covering if necessary.

Construction is almost complete on the Southwest Airlines Terminal project. Erbacci said the four-story connector between terminals 1 and 2 will open next year. 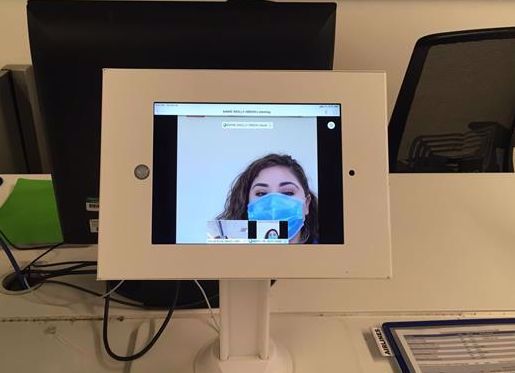 Travelers through Terminal 2 can now have real-time conversations with a customer service representative using a touch-free tablet system at the terminal’s information booth. Located on the lower arrivals level, the tablet virtually connects them with a so-called guest experience member who can answer questions about directions, ground transportation, shopping, dining, or anything else LAX related through a live video feed.

The service is available from 7 a.m. to 10:30 p.m. daily, as well as multiple languages through LAX’s translation service. 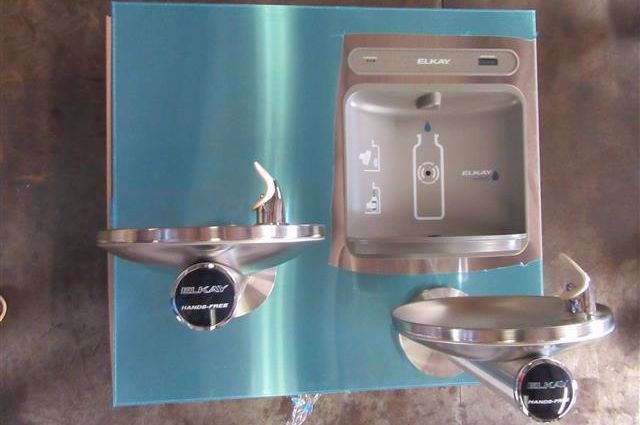 The terminal’s manually operated drinking fountains have been retrofit to make them touchless. Thirsty travelers need only approach the drinking fountain and lean over it for the water to begin to flow. The system is also being piloted in Terminal 5. In addition, plumbers are converting restroom faucets throughout the airport to also be touchless. 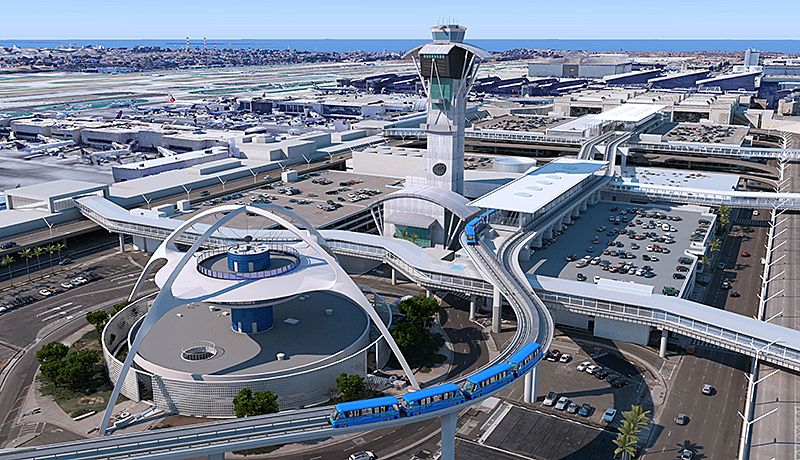 Erbacci said that decreased traffic has accelerated construction projects at the airport, including the LAX Automated People Mover – an electric train that will whisk travelers between the airport’s terminals and a light rail station on Metro's LAX/Crenshaw Line for the first time.

LAX broke ground last year on the 2.25-mile elevated guideway that will eventually have six stations – three inside a new Central Terminal Area and three outside. The Automated People Mover is expected to run every two minutes during peak hours and will be able to carry 200 passengers per train once it's up and running.

For its part, the Los Angeles County Metropolitan Transportation Authority is currently in the bidding process for a construction contractor for its Airport Metro Connector. Groundbreaking for the start of heavy construction is expected next summer, with full completion expected in 2024.