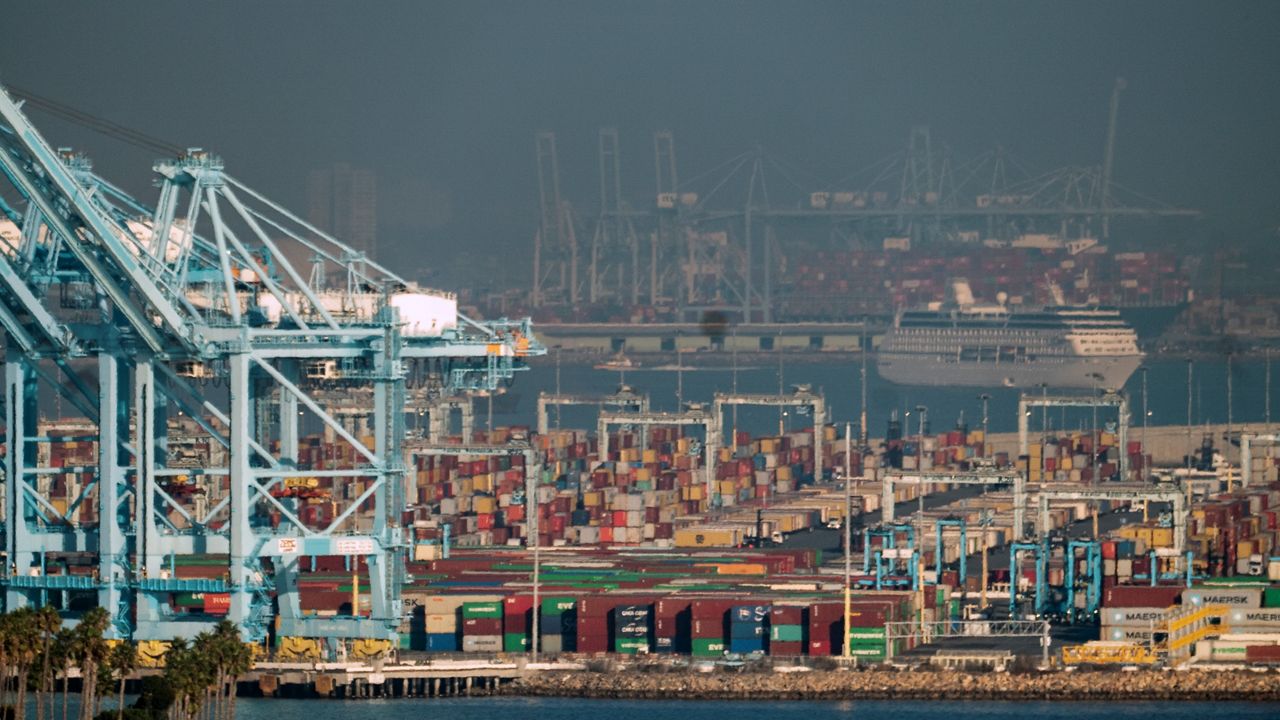 LOS ANGELES — Last year, and early into 2022, the Port of Los Angeles emerged as a major bottleneck in the U.S. supply chain.

At its peak, cargo ships could be waiting nine days or longer to be unloaded and shipped off to stores.


While things have been improving, there are still bumps along the way, frustrating consumers across the country. It’s a frustration that Chief Executive of the port of Los Angeles, Gene Seroka, understands quite well.

“We've been moving record amounts of cargo [like a] peak season month, every month for the better part of two years,” explained Seroka. “It's been like taking 10 lanes of freeway traffic In Los Angeles, and trying to squeeze it into five. You're still moving a lot of cargo, but not enough compared to the demand.”

Seroka said at one point in January, the port of Los Angeles had at its peak 109 ships waiting to be unloaded. Sunday, he said just 32 were waiting to be brought to shore.

Though he expects some small disruptions due to the ongoing war in Ukraine, inflation, and consumer demand, Seroka said the busy season is right around the corner.

“What I see coming up is an earlier than normal peak season, combined with seasonal products, think of back to school, fall fashion, all of that should start combining at the end of June. So we've got to keep this cargo moving now and get prepared for elevated volume as we hit the summertime,” he added.

As Seroka was visiting Washington, D.C., negotiations are continuing for thousands of dock workers on the West Coast. Seroka believes the negotiations between Pacific Maritime Association and the International Longshore and Warehouse Union will be productive. When two groups negotiated in 2002, a lockout occured for 10 days, but Seroka said he doesn’t expect a similar event to happen this time around.

“We've got seasoned professionals on both sides of the table. And each side knows how important these 29 west coast ports are to the American economy. They make up about 9% of the country's GDP,” said Seroka. History has shown us that these negotiations will go past the expiration date of the current contract. But both the dockworkers and the employers will be out there moving America's business.”

The collective bargaining agreement is set to expire July 1 for the ILWU workers. We also asked Seroka about automation, which he called “probably the most polarizing topic of conversation in our industry.” With three terminals in Los Angeles in Long Beach using some assemblage of robotics or automation, Seroka said a fourth has been announced, which will mean hiring more dock workers since the surge of imports began.

Seroka added that groundbreaking will soon be underway for the nation's first goods movement training campus at the port of Los Angeles. He tells Spectrum the campus is a 20 acre site of property donated by the port, and invested into by the port itself to the tune of $40 million, and $110 million from Governor Gavin Newsom’s budget. The Pacific Maritime Association also pledged $15 million from the employers association.

The campus will help new dock workers get experience and earn accreditation in order to not only help recruit new employees, but to continue to develop the skills of those already working in the port’s terminals.

“The bottom line to us is we cannot leave the worker behind. As we continue to modernize our industry.”