Visitors who use the Google Lens app at Google's temporary shoppable mural in Venice can buy the pictured items online at a local business. (Courtesy Google)

VENICE, Calif. — With cartoonish depictions of surfers, roller skaters and muscle men, the mural at the intersection of 19th Avenue and the Venice Beach boardwalk looks like a simple tribute to Southern California sun and surf.

But step closer and point a phone at some of the images. You'll be able to buy their physical representation from a local business.


That’s the idea behind a new shoppable mural the tech company Google painted on an ocean-adjacent wall over the weekend. It incorporates icons for seven Los Angeles area businesses whose websites can be accessed for shopping through the Google Lens app simply by taking a smartphone picture. Among the participating local businesses are the “gender fluid” and “radical body care” line Noto Botanics and Boy Smells candles.

“It’s under-represented businesses who wouldn’t necessarily have the exposure and opportunity to have this audience during the holiday season,” said Stephanie Horton, Google Shopping’s director of marketing, who also noted that all of the participating businesses have female, Black or LGBTQ owners. 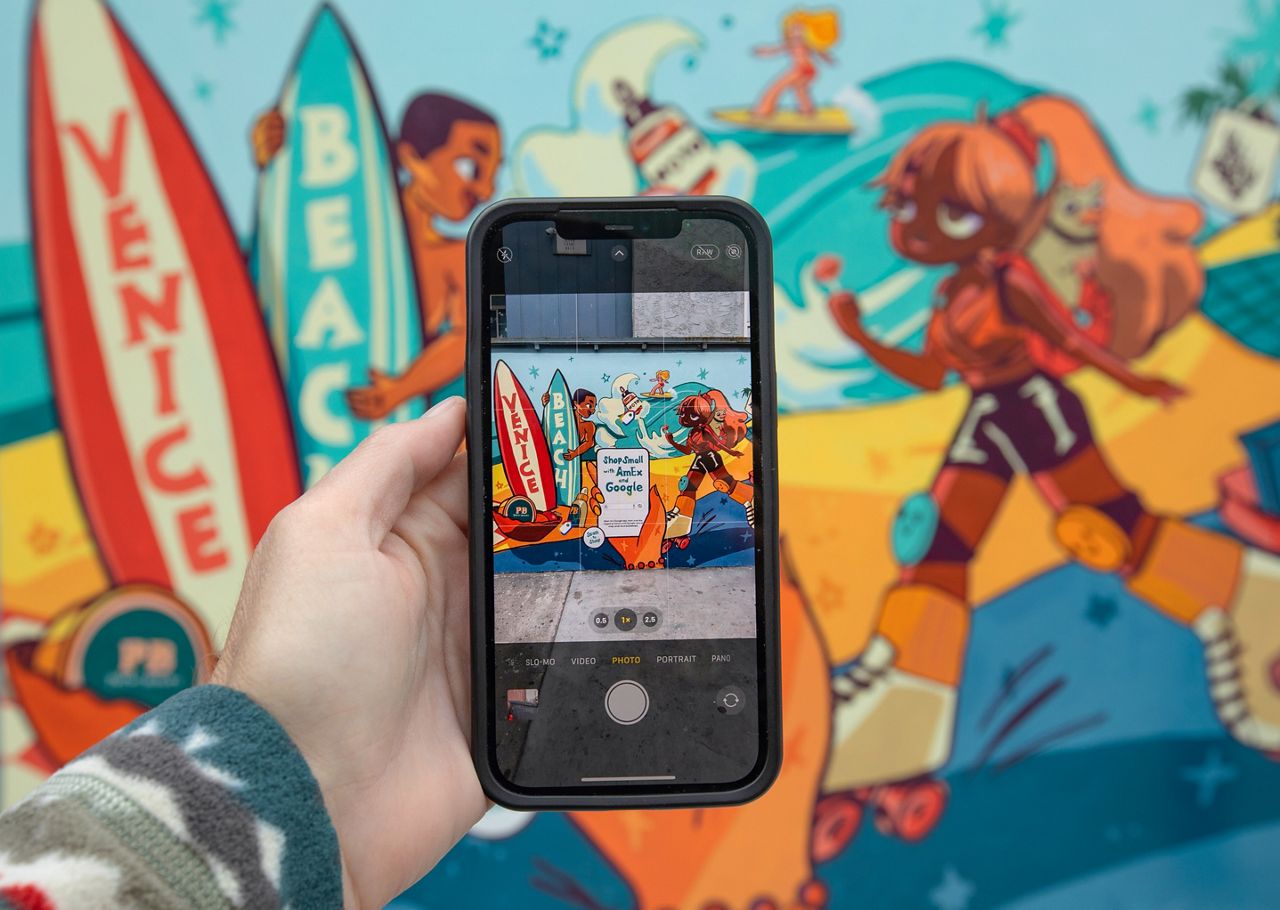 All of the retailers were recommended to Google by the credit card company American Express to promote its quasi-holiday Small Business Saturday taking place this coming weekend. The holiday pop-up shopping mural, as Horton calls it, went live on Sunday and will last through Dec. 18.

The artwork was created by the Southern California artist Crisselle Mendiola, who stealthily incorporated its commercial element. In addition to blank price tags attached to each of the mural’s shoppable items, an anime-style character holds a Google-branded tote bag, and a woman’s hand holds an iPhone that reads, “Shop small with AmEx and Google.”


Google did a similar shoppable artwork for Black History Month earlier this year when it partnered with the mixed-media artist Amani Lewis to create an original piece that incorporated products made by and sold at Black-owned businesses, including Jungalow, Blk & Bold, and Diarrablu. That artwork, however, was digital and only accessible online through Google Shopping, allowing people to buy items directly through the merchant’s website.

The shoppable mural in Venice is a first for Google, which is doing similar site-specific holiday shopping murals in New York, Chicago and Boston this year.

While temporary, “I can see doing more markets next year for sure, and maybe doing multiple murals per market,” Horton said. “Especially in bigger cities like LA or New York, there's lots of terrain to cover.”