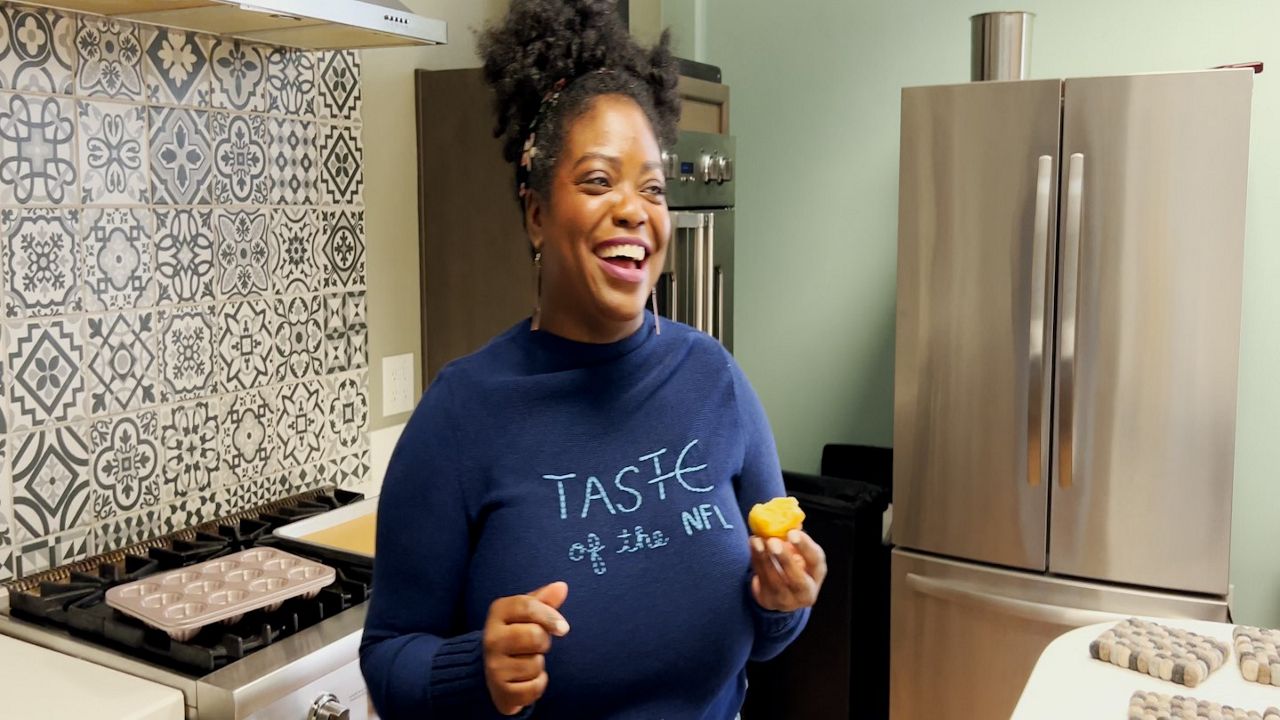 LONG BEACH, Calif. — Celebrity Chef Lasheeda Perry is the first to say she gets it — a day full of football feels a little bland.

“I remember growing up I never pays attention to the game, but I knew we were going to get some cake,” she said.

In her happy place, the kitchen, she said Super Bowl Sunday is about more than just sports — as she said, it’s the three F’s — food, football and fun.

“If you like all three of those, or even just two, this event is for you,” she said.

You can guess which two she likes and the event she’s talking about is Taste of the NFL happening at the Petersen Automotive Museum the day before the big game.

The event will bring together top NFL players and legends plus celebrity chefs.

Perry gave Spectrum News a preview of one thing she’ll be serving up Saturday — cornbread madeleines, a delicious, quick and easy treat. That’s something she thinks people will love about the event — they can leave with real world tips to use for their super bowl watch parties.

“No one wants to be in the kitchen all day making recipes. We’re going to show you some things you can make ahead of time,” she said.

The event is all about food, yes, but it’s also purpose driven, raising money to benefit GENYOUth, a national nonprofit dedicated to ending student hunger for students all over the country, including kids in LA.

“Some of these schools are not getting the resources they need, especially when it comes to dairy. Milk is so important for kids,” she said.

The impact the event will raise adds spice to the day, Perry said. And all the food she’ll teach you to make adds the flavor to Super Bowl Sunday.