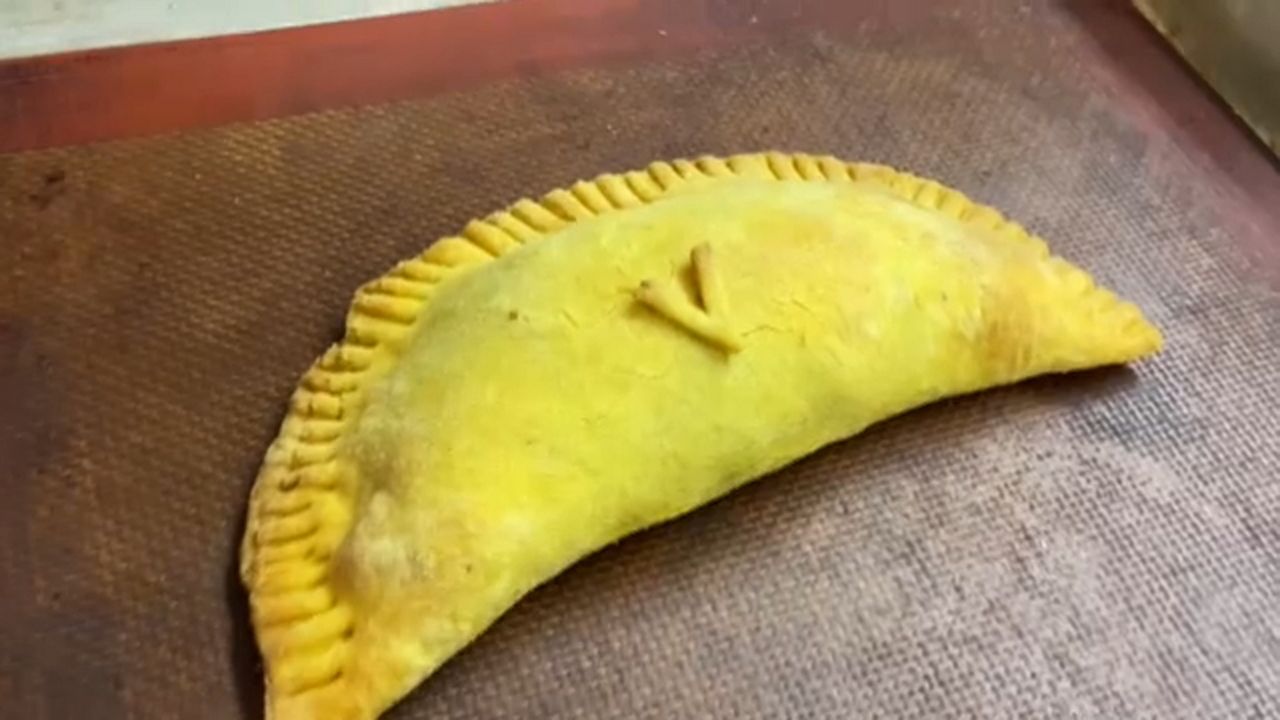 LOS ANGELES — Now, you can taste the Caribbean from a pandemic pop-up called Bridgetown Roti. Owner Rashida Holmes puts her own spin on traditional recipes, while also introducing Angelenos to the Indian influence of Barbados’ cuisine.

If you are from the Caribbean, putting cabbage inside of a roti isn’t common, according to Holmes. Usually you will find it on the side, but she continues creating new spins on the traditional recipes she grew up eating.

“It’s the way I kind of do things differently. My fellow Caribs would say, ‘What are you doing?’ But I don’t mind. I’m not from there. I’m just a first-generation immigrant, I have to do things my own way,” said Holmes.

Her mom is from Barbados, so opening the pop-up Bridgetown Roti connected her to her culture, but also allowed her to take some liberties using techniques she learned over her 12-year cooking career.

"Caribbean food is like home," said Holmes. "Since we moved around a lot, it was one of those things that was always consistent."

Growing up, her life was constantly changing. She was born in New York but moved all over the country until settling in Southern California as an adult. During the pandemic, as many did, Holmes ventured out on her own. She started cooking from her home and now serves takeout and delivery from a commercial kitchen.

“I never really saw myself as an entrepreneur. I never really thought I would start my own business. I’m super happy I did. It allows a lot of freedom. We can only grow from here,” said Holmes.

The menu is small, only offering roti, patties and some sides like plantains. Holmes uses her own handmade seasoning. One of them is turmeric focused, bringing a spicy aspect to the sweet fruit.

“When you toast the spices and blend them yourself, I think it’s better,” she said.

The namesake item, the roti, is also hand-crafted — similar to making a croissant. It is a dough that’s flattened and rubbed with butter then put in the fridge overnight. After that, it is flattened again and frozen. It's a two to three-day process to make 300 that usually sell out over the weekend. Roti is used like a wrap to stuff with veggies or chicken.

One roti is stuffed with the curry chicken Holmes' mother would make during the holidays. Holmes said many people don’t know that certain Caribbean cuisine has a large Indian influence due to immigrants moving there in the 1800s.

“They know Jamaican food. They know Cuban, you know that Spanish influence. But not as many people know of the British-Indian influence that has a big impact on the food I grew up eating,” said Holmes.

This may be because many are only familiar with the patties, which Holmes has as well. She loves the crispy, flaky crust, but at Bridgetown Roti, you’ll find unique fillings like the mango, sweet potato option or the traditional beef patty made with oxtail which was her dad’s staple dinner.

“Also, shout out to my dad because he was also a really good cook,” laughed Holmes.

You can taste the Caribbean at Bridgetown Roti located at 672 S Santa Fe Ave. in Los Angeles for takeout and delivery on Friday and Saturday.

You will also find them at Smorgasburg every Sunday.