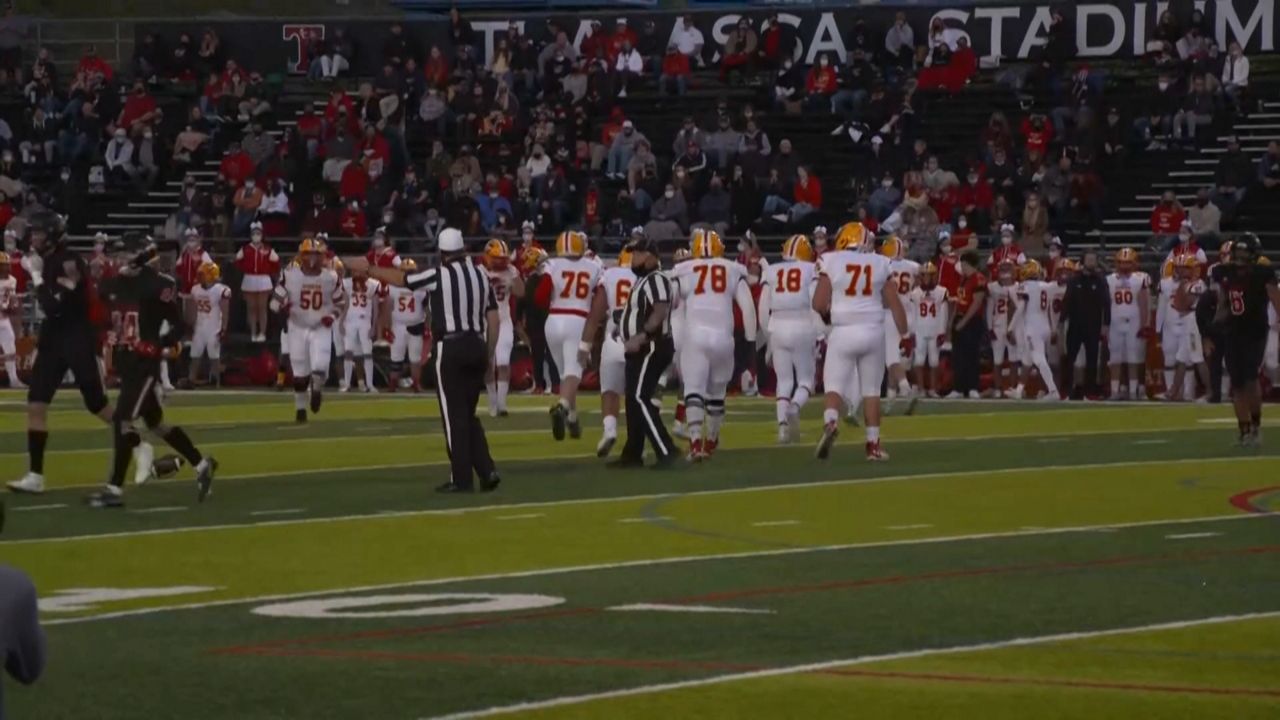 SAN CLEMENTE, Calif. — None of us knew what to expect in a season that we didn't even know would happen or not, but it's safe to say that even with fewer games, it's been a year we will never forget.


San Clemente defeated Mission Viejo 10-7 in the final game of the 2020-2021 season on Friday with a last-second field goal. It was the game that both schools had circled on the calendar, and for good reason.

San Clemente went 5-0 with the win and secured a South Coast League Championship.

But win or lose, this game was going to be bittersweet for seniors like the Diablos' Mavin Anderson.


"Definitely some emotion, that's a given because I love everybody, all these guys, each and every one of them out here, I love them all," said Anderson before kickoff. "But it's kind of just turning the page, getting ready for the next chapter and leaving it on the field."

This wasn't the only rivalry game happening this week. The much anticipated Mater Dei vs. St. John Bosco rematch puts an exclamation point on this final week of high school football. It all goes down Saturday in Santa Ana.