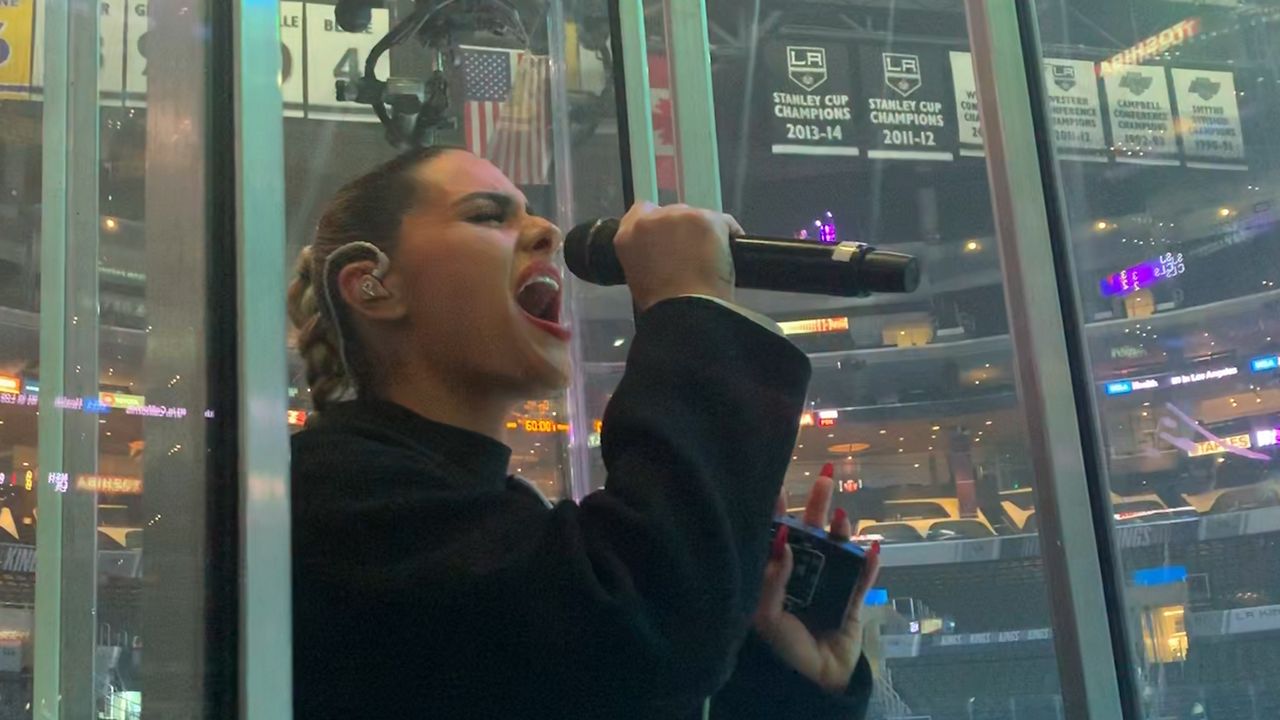 How Pia Toscano Became the Voice of the LA Kings

LOS ANGELES — “This is home to me,” said Pia Toscano as she looked over the Staples Center ice.

To understand how she became the voice of the Los Angeles Kings, you have to go back to 2012.

That year, Toscano was invited to perform the national anthem for the first time during the regular season and then for every playoff game.

As she kept singing, the Kings kept winning - performance after performance - win after win - until they claimed the Stanley Cup.

“Well everybody just associated the anthem and then the wins with me being the good luck charm,” Toscano said. “That was very, very sweet that they would give me that kind of credit. The superstition thing—it was crazy. I had to wear my hair the same way.”

But in May 2013, she got laryngitis and couldn’t sing. The Kings fell short losing to Chicago in the Western Conference Finals.

Toscano returned for the next postseason run and cemented her place in Kings history as the team won their second cup. Now, six years later, she still returns to perform between touring.

“They were with me when I was just starting out and I feel like we’ve grown together and everybody on the staff—everybody treats me so great here,” said Toscano.

For many fans, she’s as bright a star as the players who take the ice because she’s the good luck charm which gave Los Angeles its first taste of hockey glory.