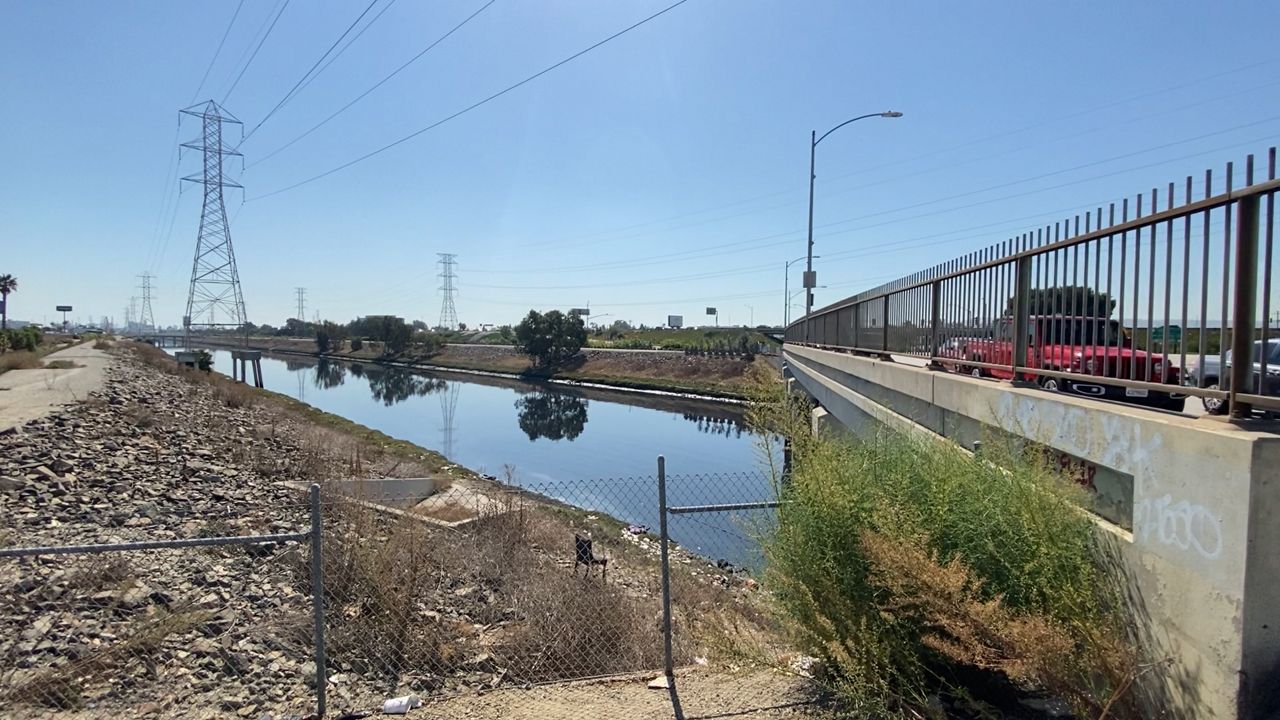 CARSON, Calif. — It’s described as a “rotten egg” odor, and for a week now, it’s believed to be coming from the Dominguez Channel.

The site is near Graciella Fernandez’s home, where the odor has taken over.

“We bought three air purifiers. We have three bedrooms and plus, live in a three-story home, and the air purifiers do nothing in the middle of the night. The scents are still strong. We try to light candles, but the scent is still there,” Fernandez said.

Over the last week, the odor went from a bad smell to symptoms for her and her family that ranged from sore throats, nausea and more. That’s why she ultimately made the decision Wednesday night to leave the area.

“Yesterday, in the morning, I had my 10-month-old daughter who was tossing and turning when I was awake from 3 (a.m.) to 6 (a.m.) and then, my son woke up saying his eyes were itchy and to me, that was the last straw,” Fernandez said.

On Thursday morning, residents like Fernandez came to the Carson Community Center’s east parking lot where the Los Angeles County Department of Public Works helped residents with reimbursement and relocation claims. The agency will be in the area from 6:30 a.m. to 7:30 p.m., seven days a week.

During a virtual town hall, officials with the LA County Department of Public Works stated they will begin remediation efforts, beginning Friday. The process includes a biodegradable spray that will be applied to the water surface of the Dominguez Channel. The following Monday, crews will begin aerating the water. The process should remove the odor from the air within three to five days, according to Public Works.

The South Coast AQMD is part of the multiple-agency investigation. They found the South Avalon intersection near the Dominguez Channel to showcase one of the highest levels of hydrogen sulfide — an odorous gas that is believed to be coming from decaying organic materials in the channel area.

“At this point the source is the Dominguez Channel almost as a whole, at least several miles, we believe of the waterway and so there are certain places where we are getting the highest readings and that was one of them. So that’s a place we start our investigation each day and radiate out from,” said Terrence Mann, head of enforcement with South Coast AQMD.

But what’s causing the heightened odor at night? Light winds and low tides, according to Mann.

“It’s at that point when the water goes down, more of this organic matter is exposed and then creates odors, and so those low tides are happening at varying times,” Mann said.

In the town hall, officials stated illicit discharges linked to the Dominguez Channel are being investigated as what fueled the odorous gas.

“We all want to have the root cause to be identified. We all want them to identify (it), so they can begin to fix it and give us a timeline, so we can prepare,” Fernandez said.

Until there are more answers and a resolution, Fernandez will be prioritizing her family’s health before taking the chance of coming back home.