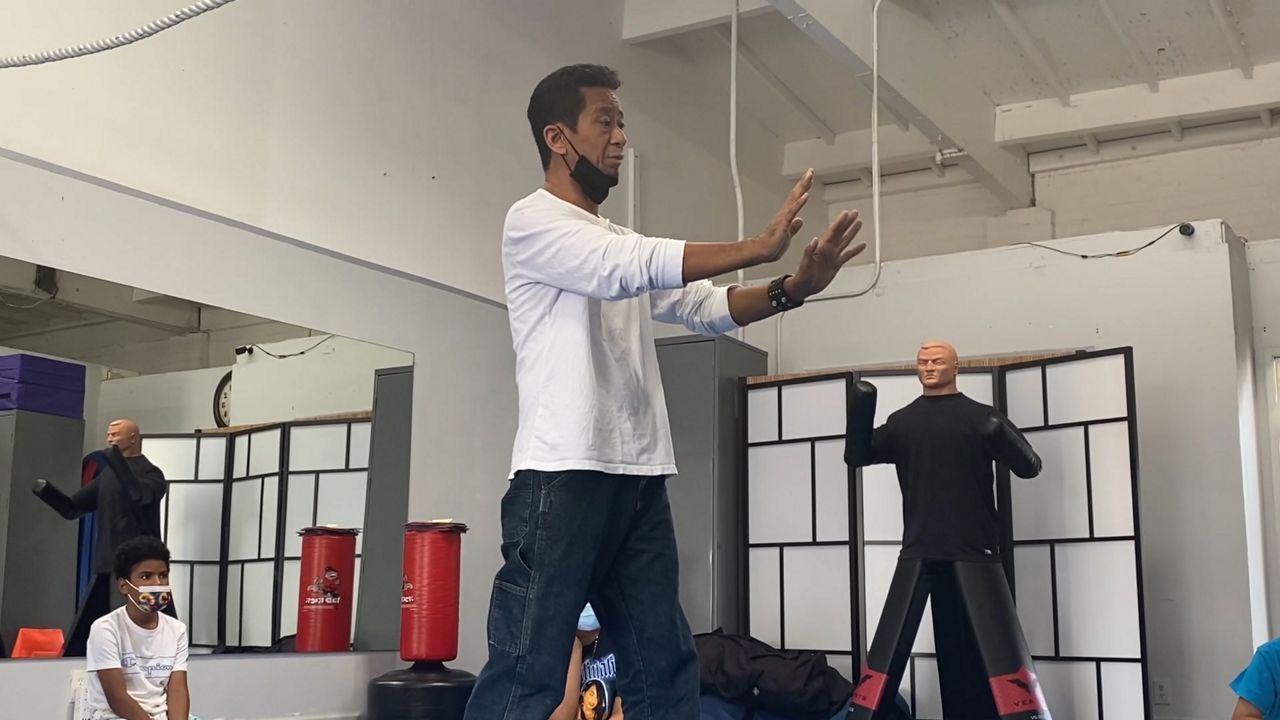 LOS ANGELES — With his hands up and feet in position, 7-year-old Ellington O’Connell was ready to defend himself.

For the past week and a half, Ellington has been attending the Upstander Kids Anti-bullying Camp in West Los Angeles, which he says will help him prevent bullying.

Ellington's mother, Chiara Issa, explained that when she learned about the camp, she knew she had to enroll her son after he was bullied at a park and at school.

“A friend at school put their hands around his neck because he thought he was cutting in line in front of him in line,” Issa said. “I know that that wasn’t necessarily a bullying incident per se, but it’s using physical force to get what you want, which you often see in bullying.”

Issa added that she has also caught her son bullying his younger sister, so she hopes what he learns at the camp will give him tools to understand bullying, how to stop himself from doing it and how to defend himself.

The camp was founded in 2013 by Richard Alonzo, a martial arts instructor with 30 years of experience.

Many students are getting ready to go back to school in-person this fall, and that can mean coming face-to-face with aggressors once again. Alonzo teaches students, with a combination of humor and seriousness, how to do things like fall correctly and deflect physical attacks.

“What we do is try to have them set their boundary without making contact, ready for the contact, but to not initiate it,” he said.

It's not only being prepared physically, but also mentally. Alonzo instructs his students to "always think before I move," "be kind to each other" and "be kind to ourselves." Since launching the camp, which runs from June through August on a weekly basis, Alonzo has seen hundreds of students sign up for classes every summer.

Kids as young as 6 years old can participate and learn a holistic approach that includes building self-esteem, teamwork and empathy. The hope is that students like Ellington will walk away mentally and physically stronger, according to Alonzo.

In fact, Issa says her son liked to camp so much that she signed him up for two weeks in a row.

"It seems like this is now the new thing that we have to be preparing our kids for, but we’re seeing the longer lasting effects of social and emotional health and development that carries onto the rest of your life," she said.