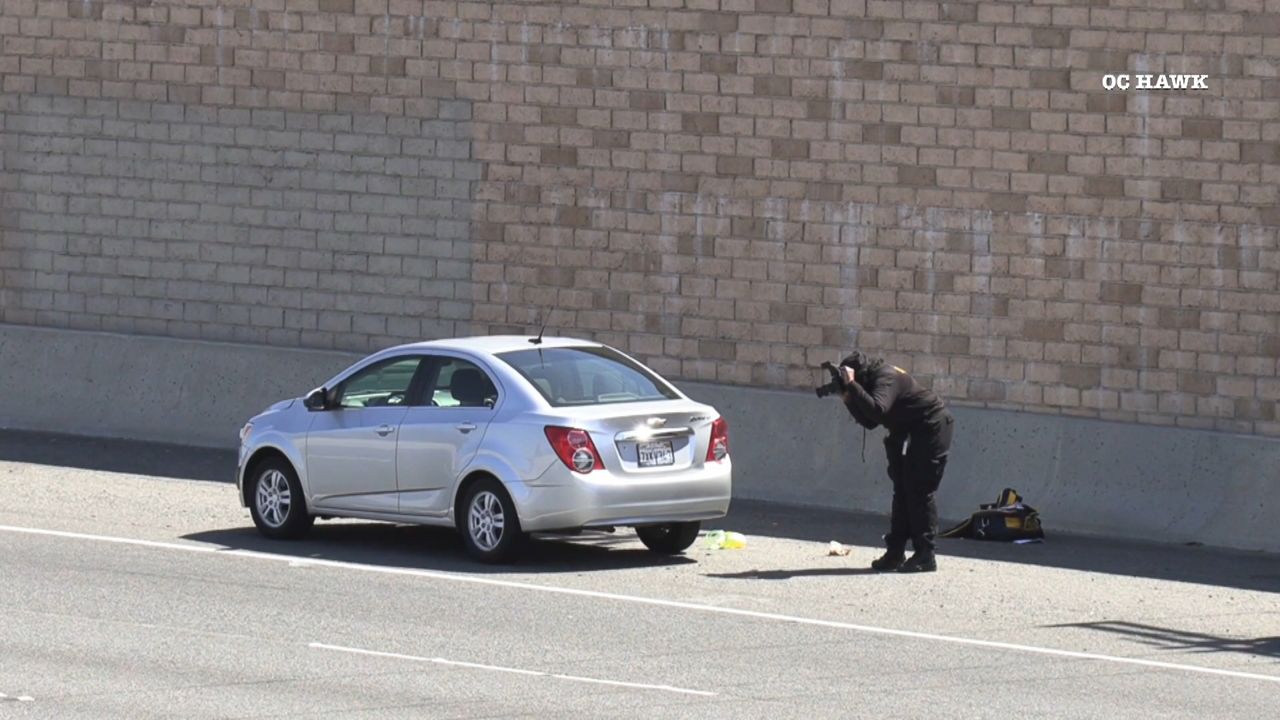 The shooting occurred around 8 a.m. Friday on State Route 55 in the city of Orange.

ORANGE, Calif. — A 6-year-old boy was fatally wounded Friday in a road rage shooting on the Costa Mesa (55) Freeway in Orange, and the California Highway Patrol asked anyone who may have dashcam camera video of the attack to contact investigators.

The boy's mother was driving a silver Chevrolet Cruze sedan with her son in the right rear passenger booster seat when another driver opened fire between 7:55 a.m. and 8:15 a.m. on the northbound 55 between the Garden Grove (22) Freeway and Chapman Avenue, California Highway Patrol Officer John De Matteo said.


It's unknown how many rounds were fired and the only initial description of the suspect vehicle is a white sedan, DeMatteo said. Investigators later said the vehicle maybe a newer model, possibly white Volkswagen "wagon-style" sedan.

The mother pulled over immediately and called 911 and the boy was rushed to Children's Hospital of Orange County, where he was pronounced dead, DeMatteo said.

Investigators did not provide details of the road rage incident but assured the public it was not related to the rash of suspected pellet-gun shootings of vehicles on Southland freeways.

"It was an isolated road rage incident between the mom and another driver from a white sedan," CHP Officer Florentino Olivera said at the scene. "Not sure if there were passengers in that white sedan, but apparently there was a shot fired from that sedan into the silver car, and unfortunately the child that was seated in the right rear seat was struck."

Relatives said the boy's name was Aiden, and his death has devastated the family.

"My mom, there was a road-rage on the freeway, and someone pulled out a gun and shot my little brother in the stomach," the boy's 15-year-old sister, Alexis Cloonan, told reporters. She said there were two people in the suspect vehicle -- a female driver and a male passenger.

"He was only 6, and he was so sweet," Alexis said through tears. "He was a very, very loving boy. So please, help us find who did this to him."

CHP PIO just announced. The 6yo boy sitting in his mom’s car was shot and killed during a suspected road rage incident. It occurred on the 55N Freeway by Chapman Ave.

The mom survived. CHP is asking for witnesses to send in dash cam video to help identify suspect. pic.twitter.com/bHUj7ELp39

The boy's uncle, John Cloonan, said the family wanted to speak out so the shooter "can see what you've done to this family."

Aiden's mother "was merging to the right side to get away from this person," he said. "And as you can see, if you go online and look at the photos, there's one bullet shot in the trunk that went through the trunk and right through my nephew. So you tell it was a cowardly way of doing it, because they shot her in the back."

According to relatives, the boy's mother was driving Aiden to kindergarten when the shooting occurred.

Reyes Valdivia told the Los Angeles Times that he and his wife had just dropped their children off at school when they spotted a woman on the freeway shoulder pulling a child out from the passenger side of the car. He said the woman "was hysterical" and told him she was fired on while driving her son to school in the carpool lane.

Valdivia said the victim said that when she tried to switch lanes to exit, a white sedan with a man and woman inside cut her off and she gestured to them and proceeded into the exit lane, which is when the bullet entered the left side of trunk and "went through the boy's back."

"She heard her child scream and immediately stopped," he said.

The CHP closed the northbound side of the freeway for several hours to search for clues.

Olivera said investigators are hoping to hear from witnesses, especially those whose vehicles are equipped with a dashcam camera.

"Even if you think it wasn't anything big, call us," he said. "We'd like to hear from you."

Anyone with information that may be helpful to investigators is asked to call CHP Officer Kevin Futrell at 714-567-6000.