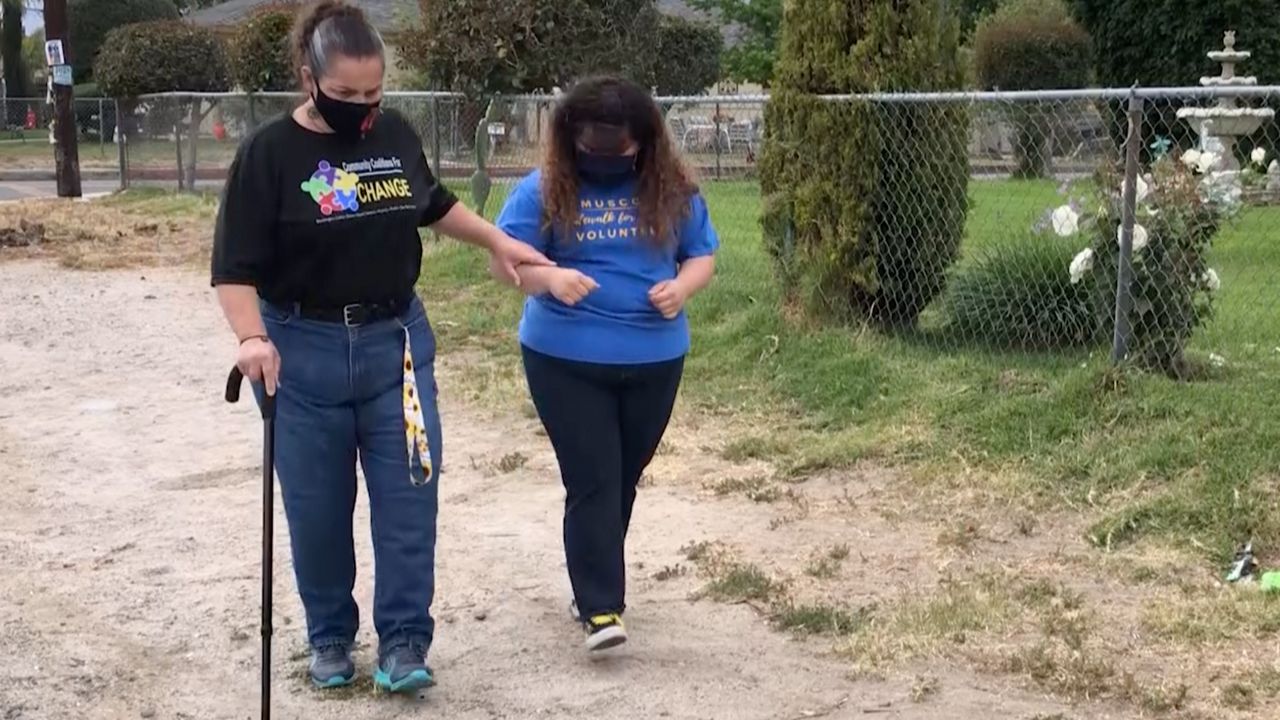 MUSCOY, Calif. — A mom and her daughter have been on a mission to make the walk to school safer by adding sidewalks to their neighborhood.

Rosa Loera and her daughter Angela worked with other families to get state support. The California Transportation Commission approved this month a $1.88 million grant to install sidewalks in their neighborhood. That money will be matched with funding from the County of San Bernardino.

The group has been working for more than 10 years asking officials for sidewalks. They say parked cars and trash bins force students to walk in the middle of the street, which can be dangerous.

“You have to walk on the street sometimes and the cars speeding by are really scary for someone in third, fourth grade,” Angela said.

There are sidewalks around schools like Vermont Elementary, but they end where the property ends. Rosa decided it was time for a new beginning.

“I decided we were going to work on it and see if we could do it as a group of parents,” she said.

For over 10 years they have been going to city council meetings and reaching out to officials. At first, no one listened.

"We would tell them we need to get sidewalks for our community," said Angela. "They shut us up by saying sidewalks weren’t the problem in our community."

Rosa and Angela got a personal call when the grant announcement was made.

"We’re getting the sidewalks," Angela said. "And I was crying. I was in tears. I just looked at my mom, and we were going crazy."

They are now waiting for the date when the sidewalks will be installed.