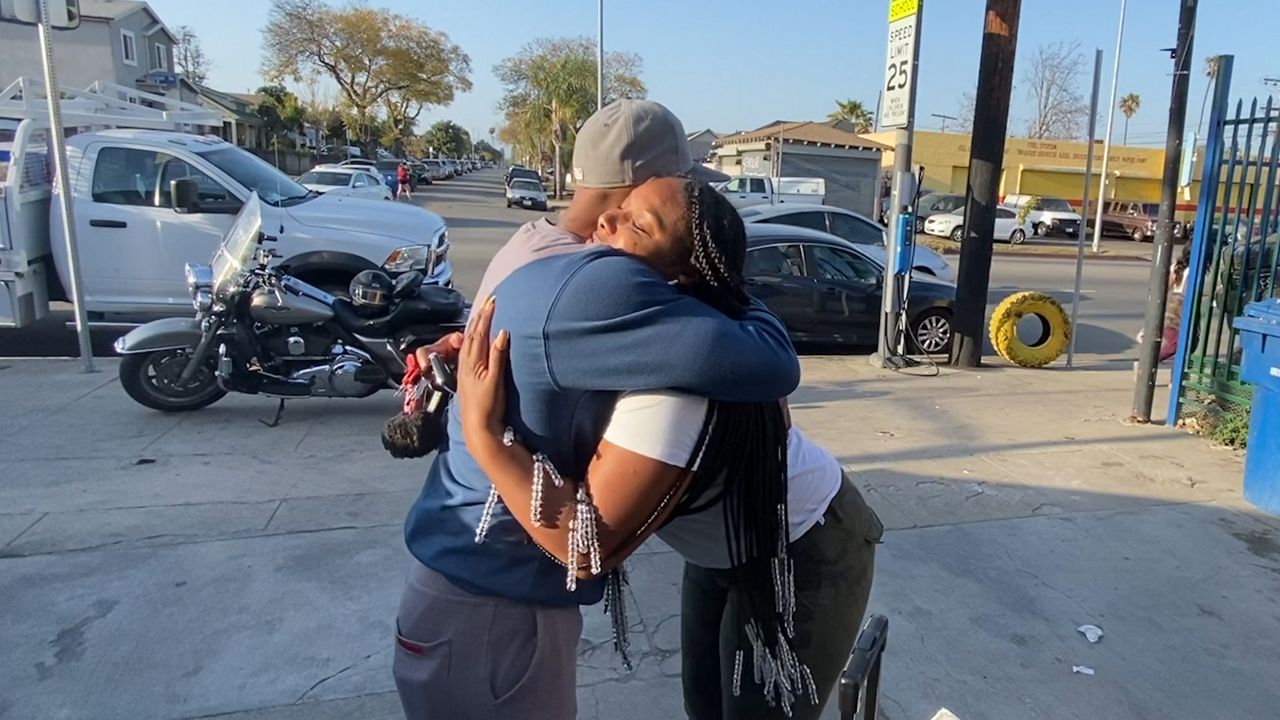 Homemade banana pudding is Latanya Ward’s specialty. She sells and delivers them by order.

She’s also known for her affiliation with the Black P Stones Bloods gang. She visited her friend Shamond Bennett, known as Lil AD, who is affiliated with the Rollin 60’s Crips rival gang. They both grew up surrounded by gangs.

“People were always calling me bad, and I found who else they were calling bad and linked up,” Ward said.

“I had older cousins too who gangbanged, so it was introduced that way,” Bennett said.

Things changed for him when Nipsey Hussle died at the hand of gun violence. He and Ward both grew up with Hussle. Ward wanted an end to the gang violence.

“I decide to organize, and the first person I could think of, just being strategical, was AD,” Ward explained.

He was hesitant at first until he had an epiphany.

“What was I doing this for? Killing another Black man for a color,” Bennett said.

Once he agreed, they helped bring hundreds of Bloods and Crips together in unity, calling for peace.

“I felt like if we get a bunch of people from opposites sides of the tracks over there and have that shown, maybe we could get some resources, and you know some support,” Ward added.

AD is about to open a new barbershop and beauty salon on Slauson Avenue. They said things are better because now there’s a conversation, but not all are ready to move forward.

“You gotta give people a chance, you know, to let it grow on them. You can’t get because everyone is not ready to grow in the direction that you grew,” Bennett said

Community leader and elder Doris Rembert is renting to AD for his shop.

As for Ward, she will never go back to gangbanging because, to her, it’s a result of systematic racism and oppression, she said.

“Now that I’m aware of what goes systematically and institutionally,” Ward said.

She’s proud of the woman she has become and proud to be a Blood united with a Crip for peace.