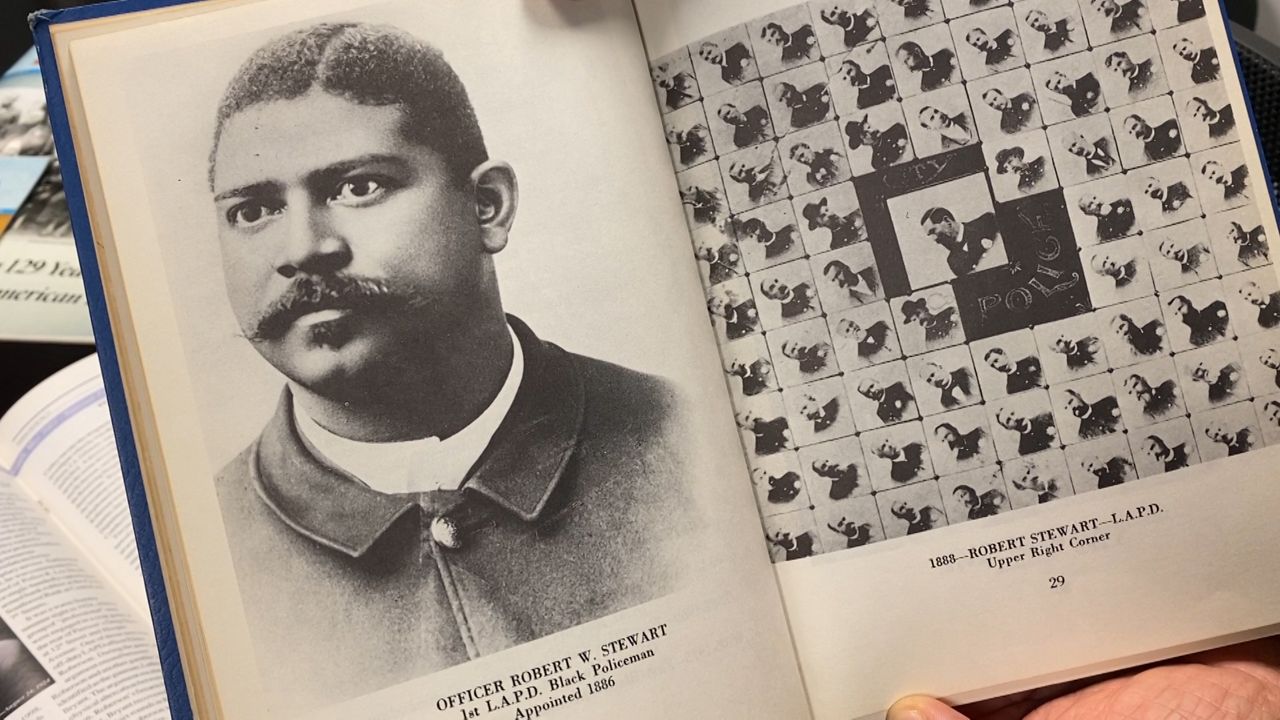 LOS ANGELES — He was the first Black man to wear an officer’s badge in Los Angeles.

But after 11 years of service to the city, Robert Stewart was railroaded — losing his job, reputation, and status as a trailblazer in California history.


On Wednesday — nearly 90 years after Stewart’s death — the L.A. Police Commission will consider taking a step to make it right. Chief Michel Moore will ask the five-member commission to support the ceremonial reinstatement and retirement of Stewart, who has no known living descendants.

The LAPD hired Stewart in 1889, along with Joseph Henry Green, as Black Republicans became an influential player in city politics. They pressured then-Chief James Burns to diversify the ranks with two Black officers, who were assigned to cleaning the station and directing traffic, according to local historian Mike Davison.

The Los Angeles Times covered Stewart like a celebrity and spectacle — a six-foot-one Black man in blue.

“Almost any story that mentioned Stewart, even when it praised him, had some racist dig,” Davison said.

When a white 15-year-old girl accused Stewart of sexual assault after a night on patrol, Stewart's career ended — even before he went to trial. Within the span of two weeks, the Board of Police Commissioners voted 3-2 to terminate Stewart, who steadfastly proclaimed his innocence.

After two trials, a jury acquitted Stewart of any wrongdoing.


“The accusations against him had cost him his job and reputation,” Moore wrote in a letter dated February 3 to the current commission.

Stewart died a janitor in 1931, his passing barely receiving a mention in the Times. Meanwhile, the city’s Black newspaper, the California Eagle, hailed him a trailblazer. Stewart remains buried in Evergreen Cemetery.

Moore will also ask City Council to formally recess in Stewart’s honor for Black History Month. The department plans to host a ceremony to formally rename the Central Area roll call room in his honor.

"I recognize that none of these actions can restore in death what was denied Policeman Stewart in life," Moore said. "But I firmly believe that correcting this wrong can service as one of many steps to true reconciliation and progress."