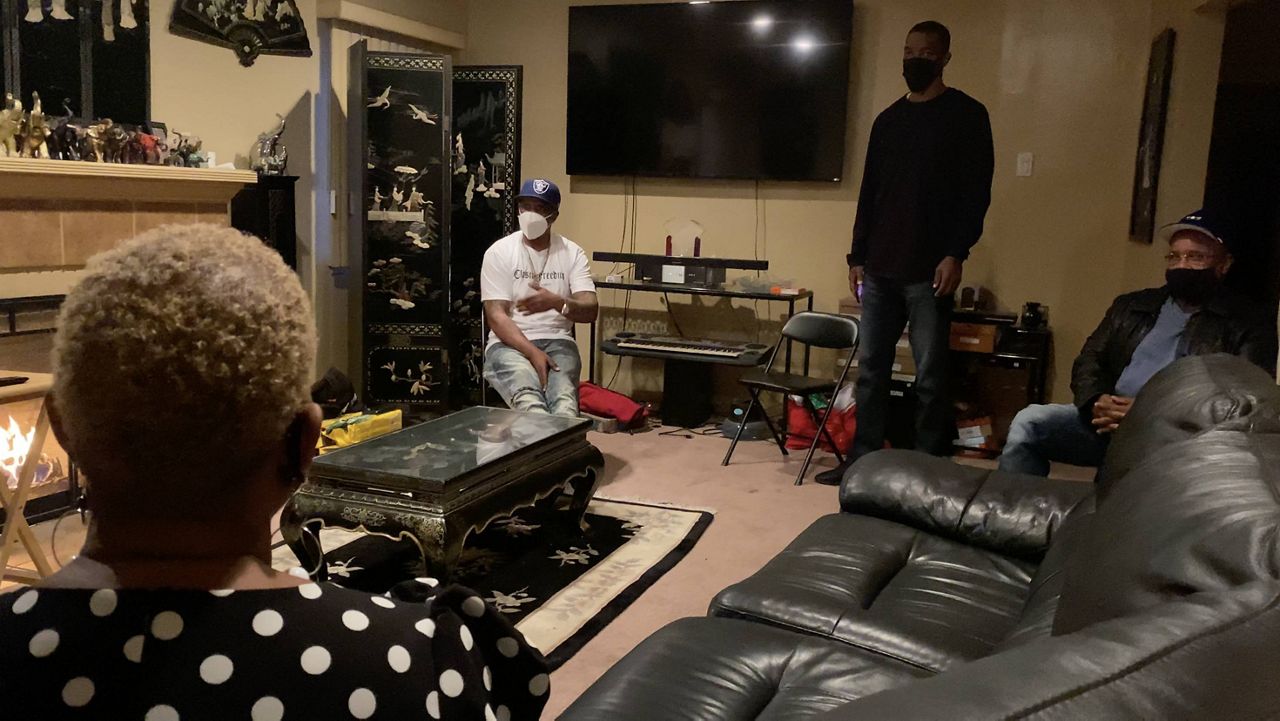 "I Feel Safer in Prison Than on the Streets": Violence Stuns Compton

COMPTON, Calif. — In the glow of a Compton living room, worried residents have gathered to try to make sense on the senseless.

"Our kids are killing each other," said Robert Franklin, a Compton resident who has been shot 16 times. "It is stupid. It’s getting outrageous."


Franklin added that the violence in this community is unbearable.

“I feel, to be honest, and I tell myself all the time, I feel safer in prison that I do on the streets,” he said.

Next to him was Rory Flynn, who has also been shot. Flynn is father to three men but feels like, at any instant, he might lose one of them.

“Every time the phone rings I’m thinking, it’s that call telling me that my son has been murdered, or my son murdered somebody,” said Flynn.

Homicides rose in Los Angeles County 20% during 2020, but 2021 is not looking any better. In the weeks since the year started, two people have been murdered in Compton according to Crime Mapping, and homicides are up 57% in LAPD’s territory.

Community advocate Jaqueline Venters is exhausted from the violence.

“We do the wreath passes right here. We raise money to bury them, right here in this house,” said Venters.

The truth is that the men that have gathered to discuss the rise in violence are also part of the problem. All except Venters have been in gangs. Some even started their neighborhood gang. They have all gone to prison at some point.

Quawntay Adams was released just six months ago after 16 and a half years in prison.

They have been volunteering, distributing food to those in need, and doing interventions to try to stop the violence.

For this to work, they need the whole community to get involved.

“It’s everybody’s time to step up," said Franklin. "We are calling everybody to the table who is responsible, who really cares about this city. Let’s do something about it."

If they don't act soon, they said, one of them might be missing the next time they sit by the fire.