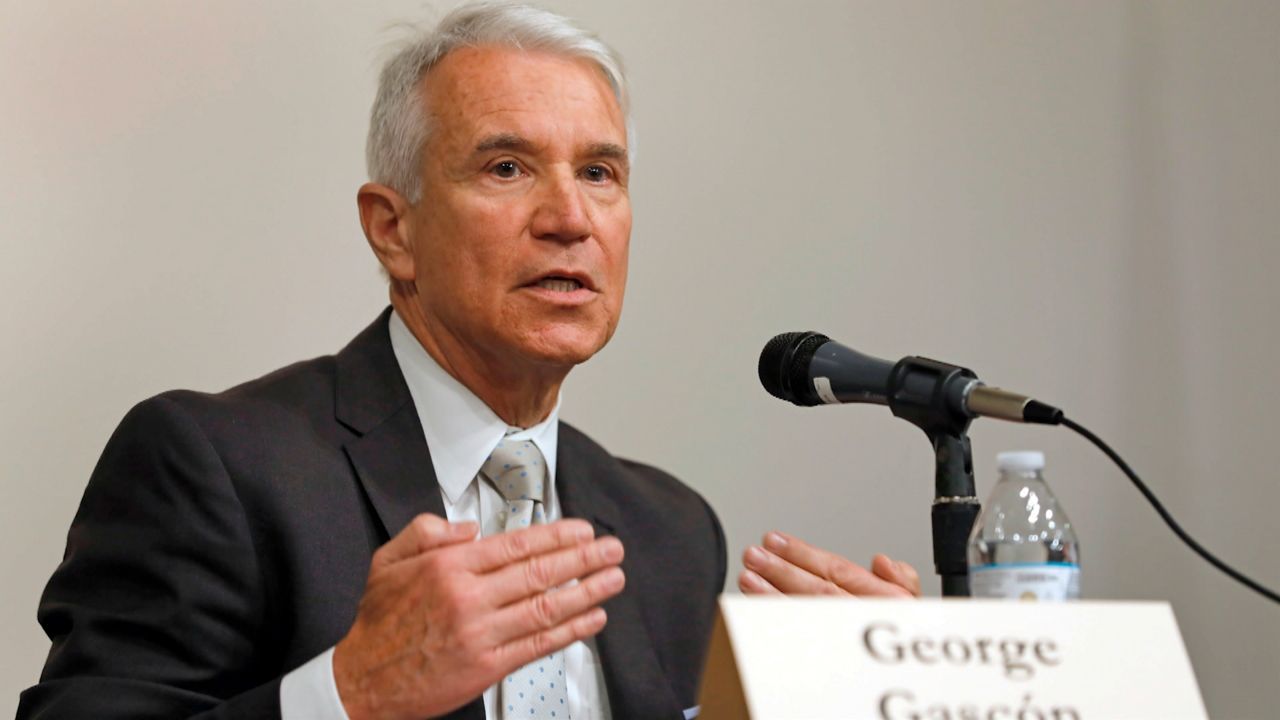 LA County District Attorney George Gascón is facing more legal pushback over his controversial policies. This time, a judge is allowing the San Diego County DA to reclaim jurisdiction from Gascón over several charges in a deadly crime spree in 2019. Two people were killed including an L.A. County Sheriff’s Deputy. LA Times Reporter James Queally joined us with the story.

In May 2019, a man named Rhett Nelson left his home in Utah and fled to California where prosecutors said he committed various crimes. “According to the San Diego DA’s office he commits a series of five armed robberies of convenient stores in and around the city of San Diego. He then travels to Los Angeles and on June 10, he drives up to a group of skateboarders in Downtown L.A. near the Arts District, and for no apparent reason opens fire from a car. He shoots and kills a man named Dmitry Koltsov, who is a champion Russian skateboarder, and almost wounds another person. About an hour after that, he goes into a Jack in the Box restaurant in Alhambra where he comes up behind Los Angeles County Sheriff’s Deputy, Joseph Solano, and shoots him in the back of the head, ultimately leading to his death two days later,” said Queally.

When George Gascón comes into office replacing Jackie Lacey, he decides he is going to remove the enhancements that are often put on charges to sort of add prison time. That had a big impact on this case. “In relation to the robbery cases from San Diego, Nelson was facing gun enhancement since he used a weapon in the crimes; they were all armed robberies. So he would’ve faced additional years if those enhancements were proven out. Obviously under the new DA’s policies those were supposed to be removed from the case in L.A. The San Diego DA believed that was a constitutional violation of the victim’s rights in her cases. So she sent a prosecutor up here on Monday to petition the court to allow her to revoke jurisdiction and bring those cases back to San Diego,” said Queally.

Gascón’s new policy has had a lot of reaction amongst law enforcement and prosecutors. “There’s pretty broad outrage amongst those groups. Law enforcement and a number of deputy DAs are very angry that the enhancements are being removed. They believe the defendants are not receiving sentences severe enough to their crimes. Cases like these are some of the most extreme examples because they are murder cases. Murder in California generally is punishable by 25 years to life in prison. However, if you file a special circumstance — which in this case is the fact that Nelson is accused of multiple murders — you can be sentenced to life without parole, which Gascón is not allowing DAs to seek anymore,” added Queally.

There has also been outrage from the victims’ families when it comes to this new policy. “Deputy Solano’s family is very angry. I’ve spoken to a number of other victims’ families in recent weeks. It has been a lot of cases where law enforcement officers have been injured or tragically killed in the line of duty where the families are infuriated that the gunman could potentially be released on parole down the line. Hate crimes for a moment could not be charged because they are only chargeable by enhancement. Gascón has since then rescinded it. There’s also a number of cases where juveniles have been accused of murder that they are now no longer to be tried in adult court. So they would face severely shorter times in prison than they would have otherwise. So those families have reached out to me relatively upset,” said Queally.

Questions are being raised on what is next for Nelson’s case. “There is another hearing in this case at the end of February at which point there will probably be a definitive ruling as to whether or not San Diego could take back the robbery cases and there will be further argument around the enhancements. The judge did block Gascón’s order to dismiss the special circumstances here, so those enhancements are still in play for now. That is going to be litigated further though,” added Queally.