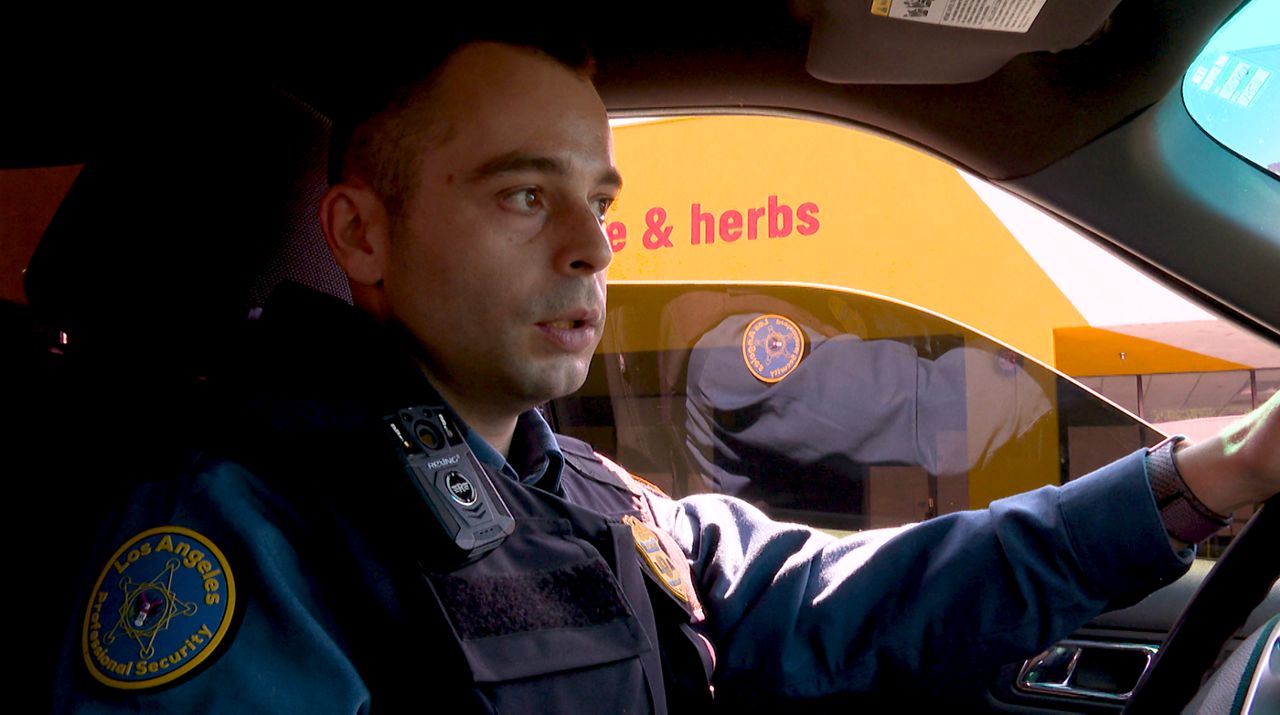 Founder of the private security companies DTLA Patrol and LA Professional Security, James Caspari, wants to make communities safer at a time when the LAPD has seen significant defunding, and many are demanding a new approach to public safety

Reimagining Public Safety: What Is the Role of Private Security?

LOS ANGELES — With the killings of George Floyd, Breonna Taylor, and most recently Dijon Kizzee, fueling discussions and debates about the role and practices of the police, many are looking to private security firms to handle low-level crime and safety for their businesses and living communities.

Founder of the private security companies DTLA Patrol and LA Professional Security, James Caspari, said he wants to make communities safer at a time when police forces across the country face calls for defunding, and many are demanding a new approach to public safety.

Caspari, who has been operating in private security for 10 years, turned his back on a law enforcement career, feeling he could make more of an impact with his own company. He credits his success to having a “guardian mentality” as opposed to a warrior mentality.

“We don't need a warrior mentality,” said Caspari. “When there's a guy hitting people with a squeegee, we don't need three guys to show up, pull out guns, and put him on the ground.”

Caspari says crime-deterrence is his company's goal and they handle low-level crime like parking enforcement, trespassing, and vagrancy, which he thinks should not be the focus of the police. He also points to a greater need for training, especially when it comes to dealing with suspects with mental health issues.

He points to Camden, New Jersey, a city that recently retooled their police force from the ground up, as a model of police reform.

“They have a mentality shift to being a guardian, which the more and more I learned about, that's exactly what we do,” said Caspari.

Police reform is a controversial issue, but Caspari says in light of recent events, it's a necessary conversation and public safety needs to be completely transparent, which is how his company operates using body cams with real-time monitoring.

“Mandated transparency,” explained Caspari. “The technology exists. I, or one of my dispatchers in the real time crime center, can pull up from the officer’s perspective what he's doing in real time.”

Caspari added that he does feel his reach is limited in certain cases as his company only responds to calls on the property of their subscribers. They cannot make arrests or take action on public property and in those cases, they themselves have to call for the police which can, depending on the nature of the call, take a long time.

Caspari said companies like his have been left out of public safety reform conversation so far, but he is ready to give his input at any time.

“I think what we need to do is, on the federal level, have a discussion about police training, and law enforcement training in general,” he said.

Caspari is firm that what happened to George Floyd, and others, is unacceptable and that with training, technology, transparency, and a shift in thinking, we could help avoid such tragedies in the future.