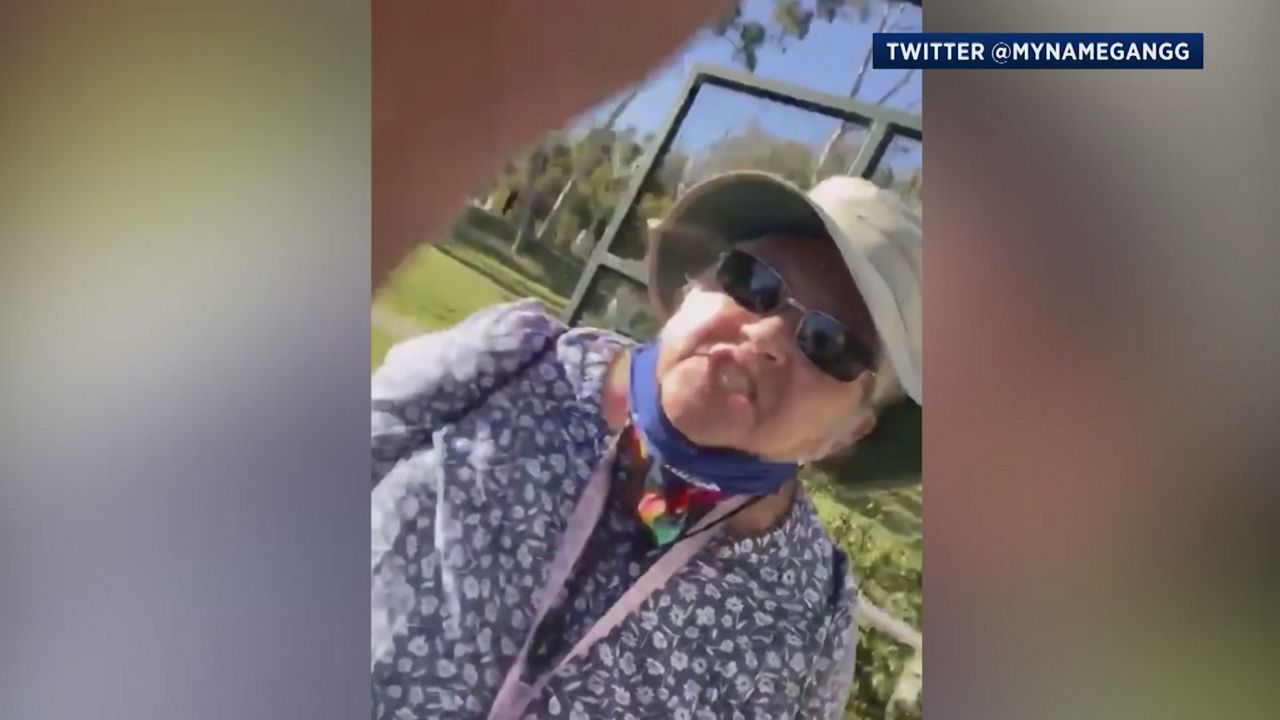 TORRANCE, Calif. — Each day, dozens of people come out to Wilson Park to go for a walk, sit in the grass or make time for a workout outdoors. But on Wednesday, one Filipino woman who spent her day working out at the park, came across an encounter she wasn’t expecting and was able to capture the whole thing on video.

The video shows an older Caucasian woman making threats to have the woman “beat up” and telling her to “go back to whatever f****** Asian country you belong in.”

Saffron MacDonald said she comes to the park once a week. She didn’t see the incident first hand but she also never thought an act of racism would happen in that area.

“I’ve heard comments and stuff at grocery stores but that’s it. Nothing like, nothing major,” MacDonald said.

My coworker/friend encountered an evil racist at the park during her workout in Torrance today 🤬 pic.twitter.com/z0fXtUNpmI

“It’s really dissappointing to see people just being so blatantly racist especially in a city that has a really large Asian community. I was really shocked to see it. Especially here,” MacDonald said.

Spectrum News 1 reached out to the victim in the video and she sent a statement that reads in part: “I hope my experience lends itself to the fight for justice and equality.”

The same racist threatened and assaulted us today.

Reported the incident to @TorrancePD

The Torrance Police Department confirmed that a violation of criminal threats report was filed Thursday. On Friday, authorities identified the woman as Lena Hernandez, 56, of Long Beach, and they were asking for the public's help in locating her. Authorities said she also is being investigated for three other incidents including one from October of 2019 and two others that happened at Wilson Park.

“I hope she, her identity is found and that she’s held accountable for her actions,” MacDonald said.

Until then, MacDonald will continue to walk at this park, in hopes of reminding others that hate doesn’t belong here.

In another Twitter video that has surfaced, it appears to show the same Caucasian woman wearing the same clothes engaging in another threatening encounter at the park.

Read the full statement from the Wilson Park victim: