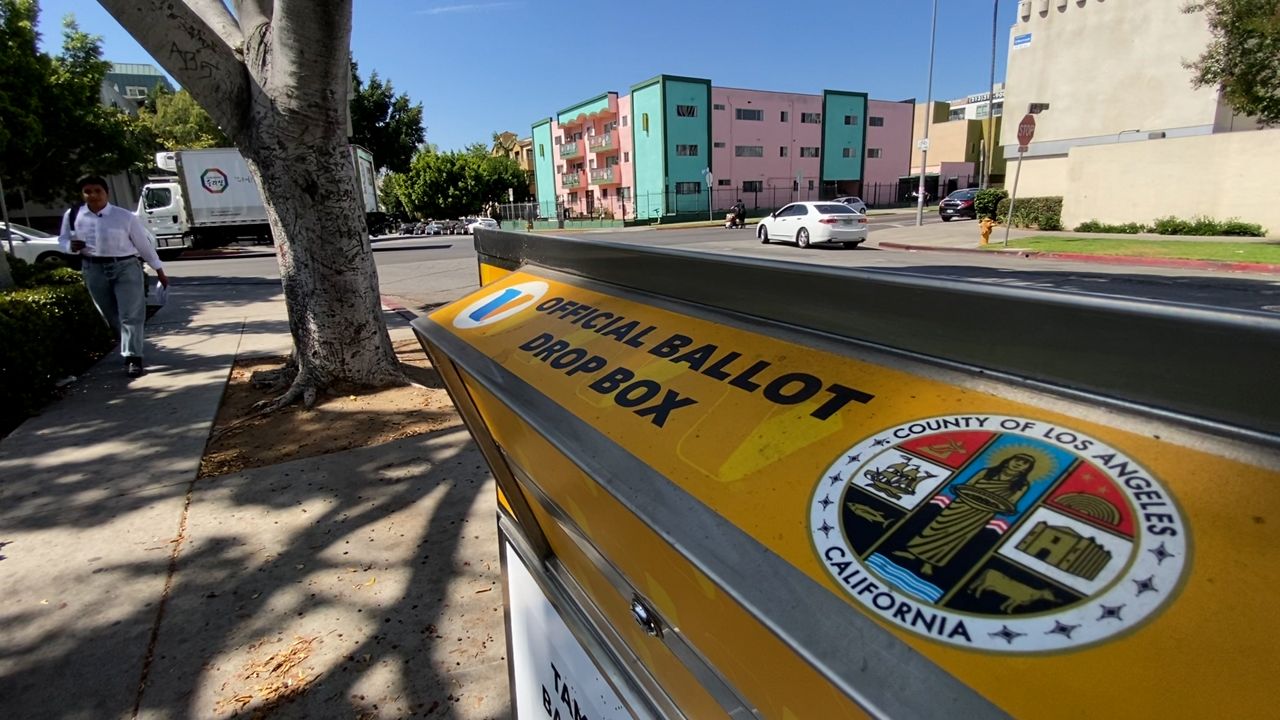 LOS ANGELES — The ability to mark a ballot and cast a vote is a privilege that Aron Sanchez enjoys taking an active part in.

“It makes me feel like I can enact some change,” Sanchez said.

Voter access is just as important for Sanchez. In 2020, Sanchez rallied with the Torrance for Justice group to have five vote-by-mail ballot drop boxes installed in the city of Torrance.

The sites provide voters a secure way to drop off their ballots, 24 hours a day, during an election period. At the time, the Torrance City Council opted for one installation with a concern that it would attract vandalism.

“Why wouldn’t you want to have more access for regular people to vote? It’s instrumental because a lot of people work during the day and at night they can drop off their ballot,” Sanchez said.

Sanchez has since moved to Koreatown. During the 2020 general election, over 3.4 million LA County voters voted by mail, according to the California Secretary of State data. Dean Logan, the LA County Registrar-Recorder/County Clerk, shared that there have been some instances of vandalism and one incident where a fire was set inside a box.

“The design of the box is such that will extinguish right away and we were able to get into that box, get the ballots, identify those voters by the label on the envelope, reach out to them and correct that,” Logan said.

More than 400 ballot drop boxes are available to collect ballots throughout LA County, where teams of two LACRRCC staff will begin checking on drop box conditions and collecting the ballots, Logan said. Since the installations, Logan says cities have also seen the access and convenience these sites provide.

“After the 2020 election, when we saw how popular they were and how effective they were for voters to get their ballot in and have their ballot cast,” he said. “We’ve had a great deal of cooperation.”

Sanchez, who has limited transportation, plans to drop off their vote-by-mail ballot using a ballot drop box in the area. Sanchez views voting as a way to make a community’s voice heard.

“That’s not going to be my only way of being active and political in community but it is one way and it is probably the easiest way,” Sanchez said.