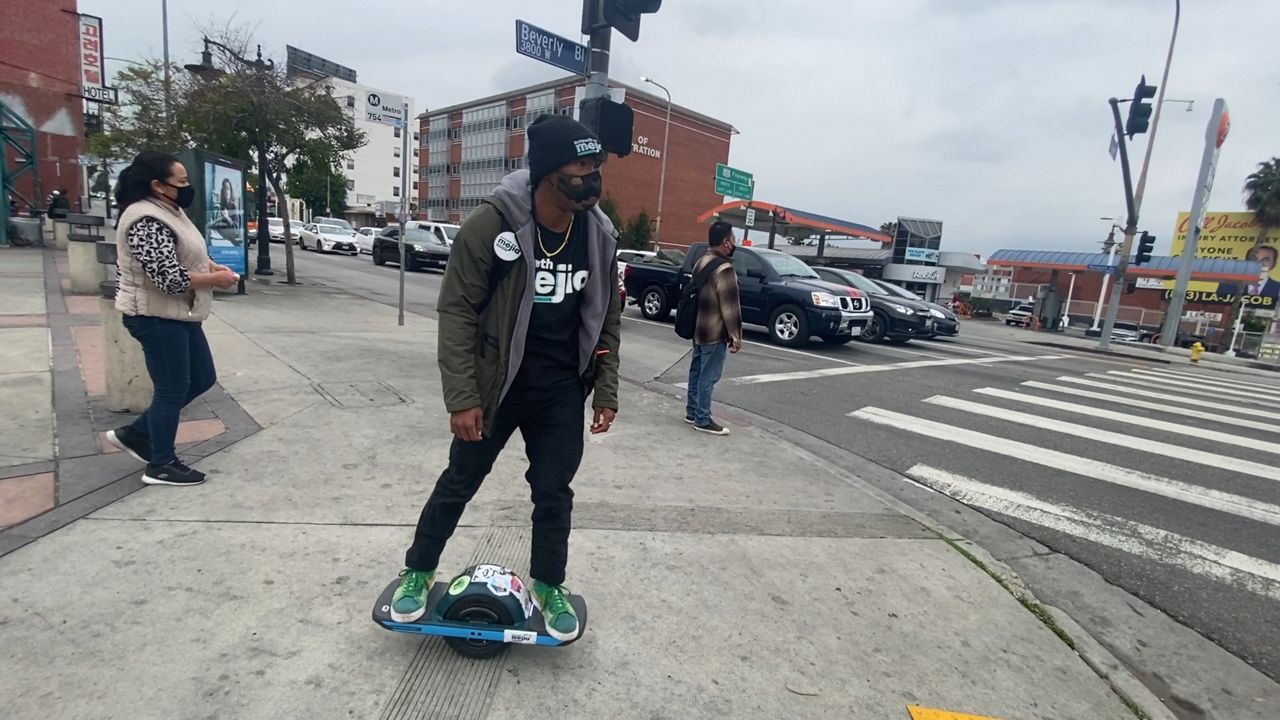 Candidates for LA mayor have yet to release climate change plans

LOS ANGELES — He moved his commute away from fossil fuels, made earth sciences his college major, and now Sim Bilal is looking for a Los Angeles mayoral candidate whose climate goals align with his values.


But despite the fact that LA residents are already experiencing the impacts of a changing climate, there’s been very little discussion of what the city should do in the mayoral campaign.

“Los Angeles is a frontline community on the climate crisis,” said Bilal, an activist with Youth Climate Strike LA. “We’re at the epicenter of wildfires and droughts. If we’re not taking climate seriously, how can we expect the rest of the country to follow?”

The world’s top climate scientists warned Monday temperatures on Earth will shoot past a key danger point unless greenhouse gas emissions fall faster than countries have committed. U.N. Secretary-General António Guterres said the report by the Intergovernmental Panel on Climate Change revealed “a litany of broken climate promises” by governments and corporations.

So far, only two candidates running to be mayor of the second largest city in the U.S. — City Attorney Mike Feuer and Metro board member Mel Wilson — have climate action plans on their campaign websites.

Bilal even disrupted a recent mayoral debate, criticizing the main candidates of not caring about the issues important to LA youth.


LA voters consider the environment an important issue, according to Loyola Marymount University professor Fernando Guerra, particularly communities impacted by pollution from oil drilling and the port of LA.

“If there’s any city, any mayor, who must take the lead on climate change, it has to be the mayor of Los Angeles, but homelessness and public safety so drowns out that issue,” Guerra said.

Bilal met Thursday with fellow young activists with Youth Climate Strike to strategize how to rally elected leaders around robust climate policy. He said the next mayor of LA will have to adapt to a changing climate, whether they have a plan for it or not.