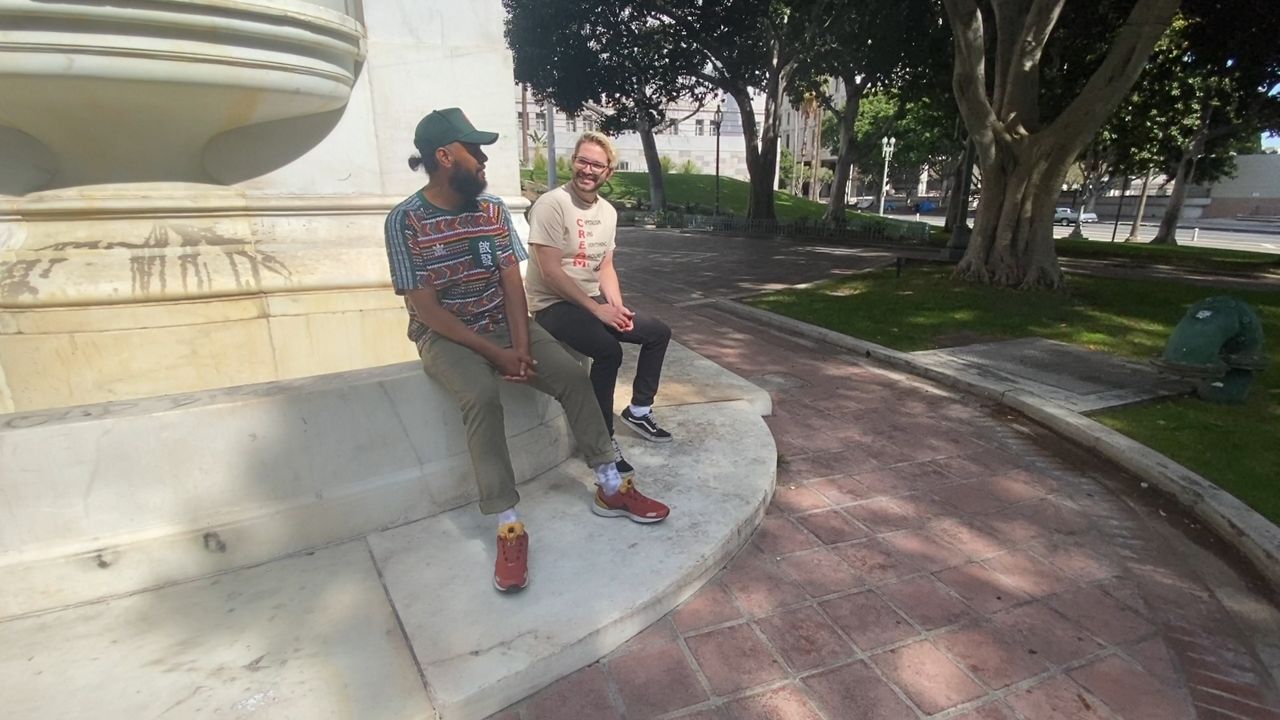 LOS ANGELES — If you’ve watched a debate, a press conference or a town hall in Los Angeles lately where things went off the rails, you’ve probably already heard the voices of Jason Reedy and Ricci Sergienko, two left-wing organizers dedicated to disrupting the status quo by interrupting public events.


“Revolutionary,” said Reedy, an organizer with Stop LAPD Spying, when asked to describe his politics. He said he’s an abolitionist and a radical.

They call their persistent hounding of elected officials “bird-dogging,” and the LMU mayoral debate that aired live on Spectrum was no exception, with Sergienko erupting into an expletive-laden rant when candidates were asked about expanding the LAPD.

“That wasn’t just a chaotic situation. That was extremely well-planned and organized and we knew what we were doing,” Sergienko said.

The disruptions are designed to get mainstream attention and go viral. The People’s City Council Twitter account, used by Sergienko and other organizers, receives hundreds of thousands of views from like-minded followers.

“The most popular tweet of the night was of Matyos Kidane from Stop LAPD Spying, a Black activist, who was shouted down and booed by a crowd of white liberal elites,” Sergienko said.

The activists are so ubiquitous, calling into city meetings and showing up at events, that Councilmember Joe Buscaino’s mayoral campaign team says they are a part of their strategy to show a city out of control.

“This is clearly out of hand,” Buscaino said after he was interrupted several times. “We have our First Amendment rights that we embrace, but at the same time, the First Amendment does not give you a right to disrupt and be an idiot.”

Undeterred by critics, Sergienko and Reedy see themselves as revolutionaries fighting a white supremacist police state. While Sergienko, who recently became a licensed attorney, is confrontational, he says he stays within the bounds of free speech.

“We currently engage in non-violent demonstrations and protests,” Sergienko said.

Reedy said he was working to address food insecurity until the George Floyd uprising in 2020. Nearly two years later, he is still in the streets.

“I think being Black in America radicalized me,” Reedy said. “I think I was awake, I wasn’t up out of bed yet.”


On Tuesday, Reedy called out Rep. Karen Bass, a former community organizer herself.

“A lot of different members of my community have been trying to call her in many months, so I felt she needed to be called out," Reedy said. "The reason I said 'Karen, stop being a Karen' is because Karen Bass is prioritizing white feelings and white comfort over Black lives.”

On stage, Bass lamented the state of discourse in American politics.

“This is one of the reasons, actually, I decided not to run again and to come home, because I’ve been so concerned about the level of discourse here, right in Los Angeles,” Bass said.