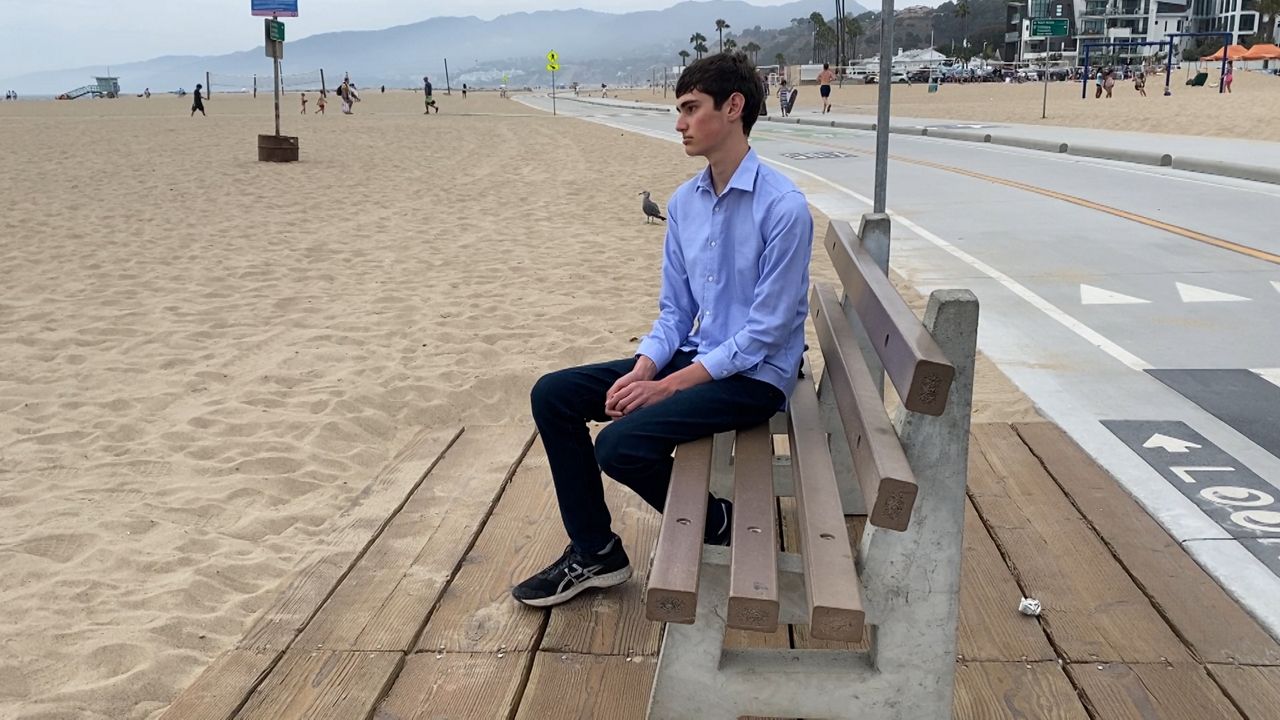 SANTA MONICA, Calif. — With the planet facing an existential threat, a walk on the beach in Santa Monica has taken on a dark tone for 17-year-old Graham Miller.

With a recent U.N. report warning that rising sea levels, extreme weather events and changes to the ocean may be irreversible, Miller is not waiting to graduate from high school to fight for the planet.

“It isn’t something that is going to happen in 10 years and we’ll be fine for now,” said the Palisades Charter High School student. “This is something that is hurting us now. It’s burning down cities in California. It’s very real and it’s only going to get worse from here if we don’t take action."

Last week, the U.N. warned the Earth is getting so hot that temperatures will likely blow past a level of warming leaders are trying to prevent. So while Miller is too young to vote, he’s spending his summer phone banking with Grassroots Democrats encouraging those who can to vote “no” on the recall.

"Obviously, I don’t think that any governor has really done enough in regards to addressing climate change, but Gavin Newsom has made some shifts toward renewable energy, electric cars, banning fracking," said Miller. "The big concern with this recall is that all of that progress will come to a halt if we have a Republican governor."

“Turnout is such a mystery, and recalls are so freakish. It's like a lightning storm in the middle of a sunny day. It breaks all the rules. Think about this as a one-month election,” Sonenshein said, adding the focus on both sides is now getting registered voters to return the ballots sitting at home.

Sure enough, at the phone bank, Miller encounters a registered Democrat who supports the recall. Rather than engage in a debate, Graham moves on to the next voter.

Back at the beach, Miller hopes he’s doing enough to make a difference. He says apathy is a luxury his generation doesn’t have.

"Millennials and Gen Z still have to live on this planet a lot longer and if it gets destroyed in a short period of time, we’re going to see the impacts of that."