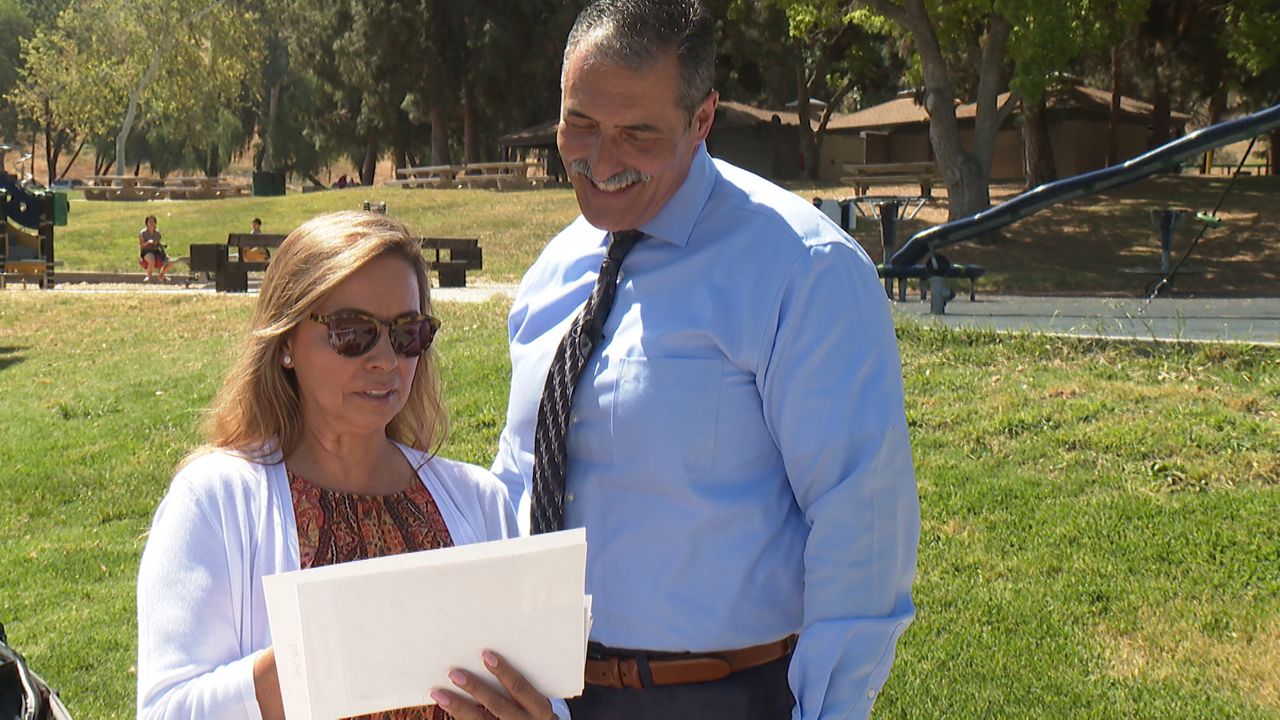 Chief Eliezer Vera, right, stands next to his wife, Liza Vera, who is a retired LA County Sheriff’s deputy.

“Long story short, we weren’t foster parents at the time, but the court awarded us custody,” said Vera, whose family eventually adopted Christian, the first of several who joined the family over the years.

"We have to build bridges," Vera said. "We have to affect change, and the only way we’re going to do that is to work together."

After supporting Sheriff Alex Villanueva in 2018, Vera is the first insider to challenge his boss in the 2022 race to lead the largest sheriff’s department in the U.S. — with more than 18,000 sworn and civilian employees.

“This is what democracy looks like,” Villanueva said in a statement. “Ultimately, everyone who runs for public office must defend their record and convince voters why they are running for office. My reform efforts speak for themselves, removing ICE from the jails, equipping Body Worn Cameras, Wage Theft Task Force, Operation Homebound and balancing the LASD budget.”

Vera explained how Villanueva’s high-profile battles with the Board of Supervisors and the Inspector General have hurt the department.

“It’s nothing but an all-out war, and internally, we’ve seen the same thing as he responds to individuals who ask him to go in a different direction, (who) try to bring calm to the storm,” Vera said. "When he disagrees, it’s essentially, 'You’re transferred.' It’s, 'Off with your head.' It’s a very intolerant attitude, and it translates to our deputy sheriffs, and it’s not acceptable.”

In January, California Attorney General Xavier Becerra announced he opened a civil rights investigation into the LASD centered on whether the department engaged in a pattern or practice of unconstitutional policing. The announcement came after allegations of excessive force, retaliation and incidents involving deputies and managers.

“It isn’t our deputies who have failed,” he said. “It’s been the leadership that’s failed the community.”

Vera brings his own controversies into the race, including several officer-involved shootings. He was one of two deputies who shot and killed 16-year-old Julio Castillo in 1999. Castillo’s mother sued LA County over the killing. The lawsuit went to trial, and the family lost.

“I can tell you that this is a life-changing experience,” Vera said.

After the incident, Vera and his wife opened their homes to kids they met on the job. They hope their message of family and compassion will be the new face of the sheriff’s department in 2022.