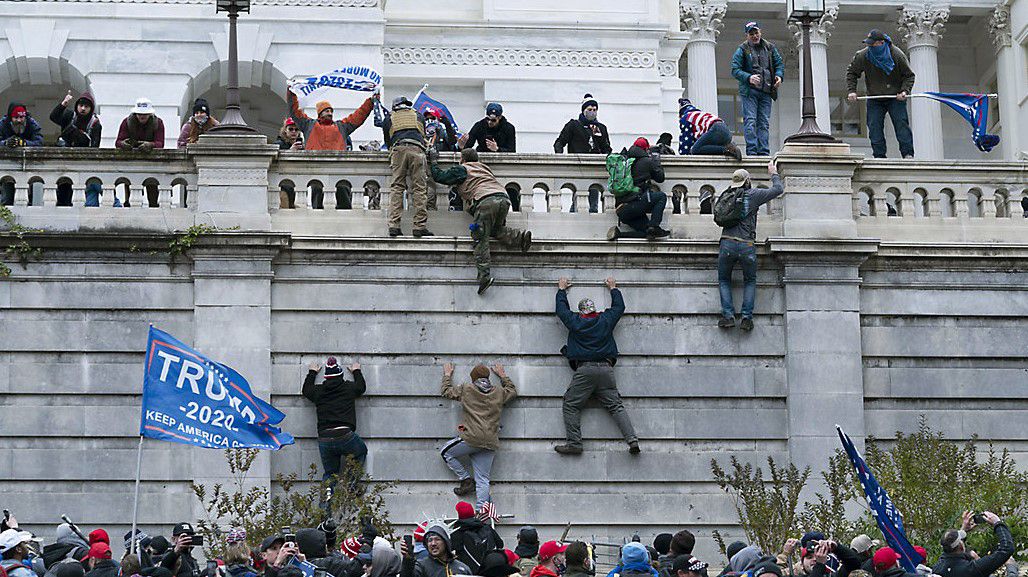 In this Jan. 6, 2021, file photo, supporters of President Donald Trump climb the west wall of the U.S. Capitol in Washington. Although pro-democracy and human rights activists around the globe were stunned to see a mob storm the Capitol, they say they were heartened and inspired because the system ultimately prevailed. (AP Photo/Jose Luis Magana File)

A retired Los Angeles Police Department sergeant is weighing in on law enforcement’s response to the insurrection at the U.S. Capitol and white supremacists’ infiltration into police departments.

Former Sgt. Cheryl Dorsey — who is the author of Black & Blue — told Inside the Issues there have been varying standards applied to high-profile demonstrations depending on the nature of the crowd, including the insurrection in Washington, D.C. on January 6. She said on that day, law enforcement treated President Trump’s supporters much differently than demonstrators who rallied against police brutality in various American cities during 2020.

“Peaceful protesters were met with pepper spray, rubber bullets, excessive use of force, and — in some instances — even perceived alleged kidnapping of peaceful protesters by unknown folks in uniforms pretending to be keeping the peace,” she said.

Dorsey said some white supremacists who join police departments are “drunk with power” and use hatred as a motivating factor.

“So we don’t know how many of these folks have infiltrated over the 18,000 police departments that exist,” she said.

To that end, Dorsey says the Los Angeles County Sheriff's department has known and admitted gang members within its ranks. Sheriff Alex Villanueva has said the Los Angeles County's Office of Inspector General’s report on the matter is “purely politically driven and an attempt to undermine the reputation of the Department.”

“I think it’s imperative for police departments to have routine and regular psychological reevaluations of their employees.”