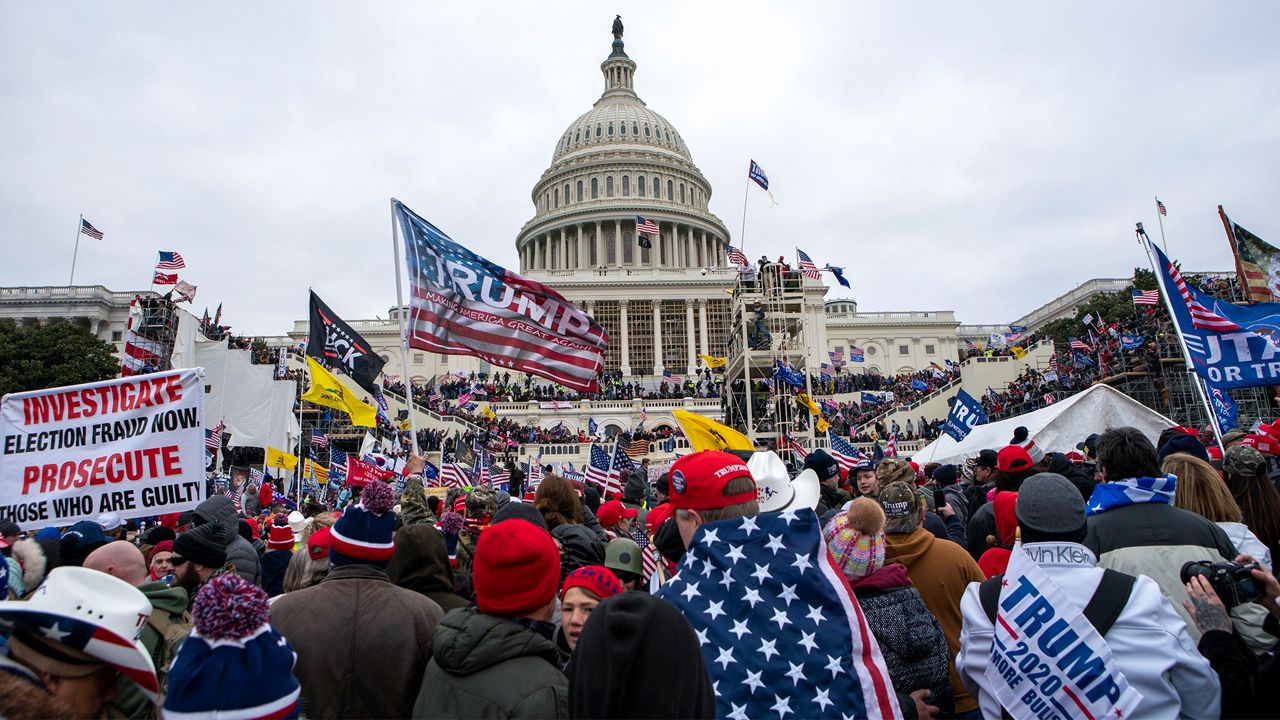 WASHINGTON — Wednesday could have been a day filled with the celebration of a new president being certified by Congress for many, but it took a dark turn when President Donal Trump's supporters broke into the Capitol, scaling walls, shattering windows, and taking over the Senate floor.

One of President Trump’s supporters from Southern California, Chauncy “Slim” Killens, said he started the day early and participated in many parts of the rallies scheduled. He experienced the first rally at The Ellipse, where President Trump later made an appearance. He later attended the rally on Capitol Grounds.

At the Capitol, Killens said he made his way to the front of the crowd until he got tear-gassed. He said then it was time to move away in order to relieve tensions and said he disapproved of any of the violence that took place Wednesday.

“Even when people do us wrong, abuse us, whatever, we peacefully stand,” Killens said. “We can sit places, get arrested, but we don’t destroy property; we don’t destroy people so I oppose it. I was up there at the Capitol. I was about 50 feet from the door; I didn’t support it.”

Killens admitted this was rally was unlike any of the other dozens of conservative rallies he has been to. Despite the chaos, Killens said his support for President Trump has not wavered and he that he still wants more investigations into potential voter fraud allegations.

“I was just impressed with the crowds that came in support of Trump,” Killens said. “Because we believe Trump cares about the people because regular politicians don’t care, Republicans and Democrats.”

Many of the protesters in Washington Wednesday said they supported what happened and said the actions by pro-Trump crowds were necessary to make a statement and a change in the election. Killens was one of the few who talked to Spectrum News who spoke most vocally against the violence and destruction that took place.

Some had told Spectrum News they would be back to fight again. Killens said he wants to stay active in politics and said he will run for Governor of California.