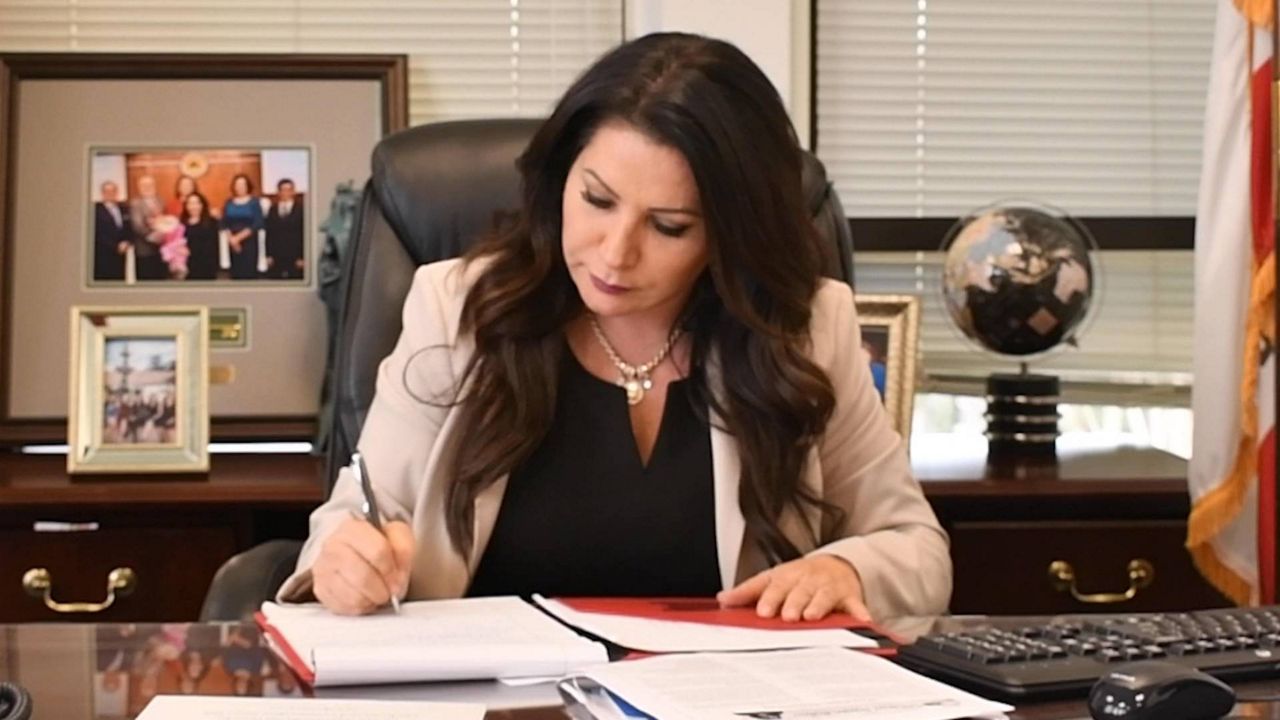 California Bill Aims to Change How Domestic Violence Is Defined

SACRAMENTO, Calif. — Fighting for victims of domestic violence has been one of state Senator Susan Rubio’s top priorities since she became a legislator in 2018.

As a survivor of domestic abuse herself, Senator Rubio has been working to pass tougher laws over the past year to provide more protections for victims.


One piece of legislation she authored is currently sitting on Gov. Gavin Newsom’s desk waiting to be signed. Her bill, SB 1141, would change the way the state views domestic violence by adding the term "coercive control" to the Family Code.

Rubio says it wasn’t until her own personal experience with domestic abuse that she realized many of the flaws in our current laws.

“It’s a pattern that even someone as literate and knowledgeable and full of resources like myself, could fall victim to domestic violence," she said. "So, it could happen to anyone."

During Rubio's first year in office, Newsom signed the Phoenix Act, which extends the statute of limitations for victims to come forward.

“Prior to me being a victim myself, I did not know that there is a statute of limitations where victims could bring their abusers to justice,” said Rubio.

“Beginning in my late teens, I was in an abusive relationship with an intimate partner,” said Wood during a press conference in 2019.

Wood continued to collaborate with Rubio this year to pass SB 1141. If signed by the governor, California would become the first state to define coercive control in the law. SB 1141 would make it easier for victims of domestic abuse to share testimony in court that includes coercive control.

She explains that coercive control is a subtler form of abusive behavior that’s often overlooked when a victim testifies against their abuser. It occurs when an abuser isolates a victim from friends and family, takes over their personal finances, surveils a victim’s activity, or uses verbal attacks to reinforce authority.

“The real strength of the bill is being able to use the pattern of abuse as part of your testimony in court,” Rubio said.

Her bill passed the legislature with widespread bipartisan support.


Republican state Senator Ling Ling Chang spoke in support of the bill by highlighting the need to recognize other forms of abuse that aren't so obvious.

“When you control someone’s finances, you monitor them, isolate them from friends and family, and intimidate them, that is abuse,” Chang said on the Senate floor.

If SB 1141 is signed into law, victims will finally be able to use coercive control as evidence in court, which Rubio hopes will help more Californians escape abusive relationships.

“It is time that we strengthen our laws for survivors of domestic violence and address this critical issue,” she said.

Since stay-at-home orders went into effect in March, a UCLA study found domestic violence cases have been on the rise in Los Angeles and throughout the country.

Newsom now has until September 30 to sign Senator Rubio’s bill.