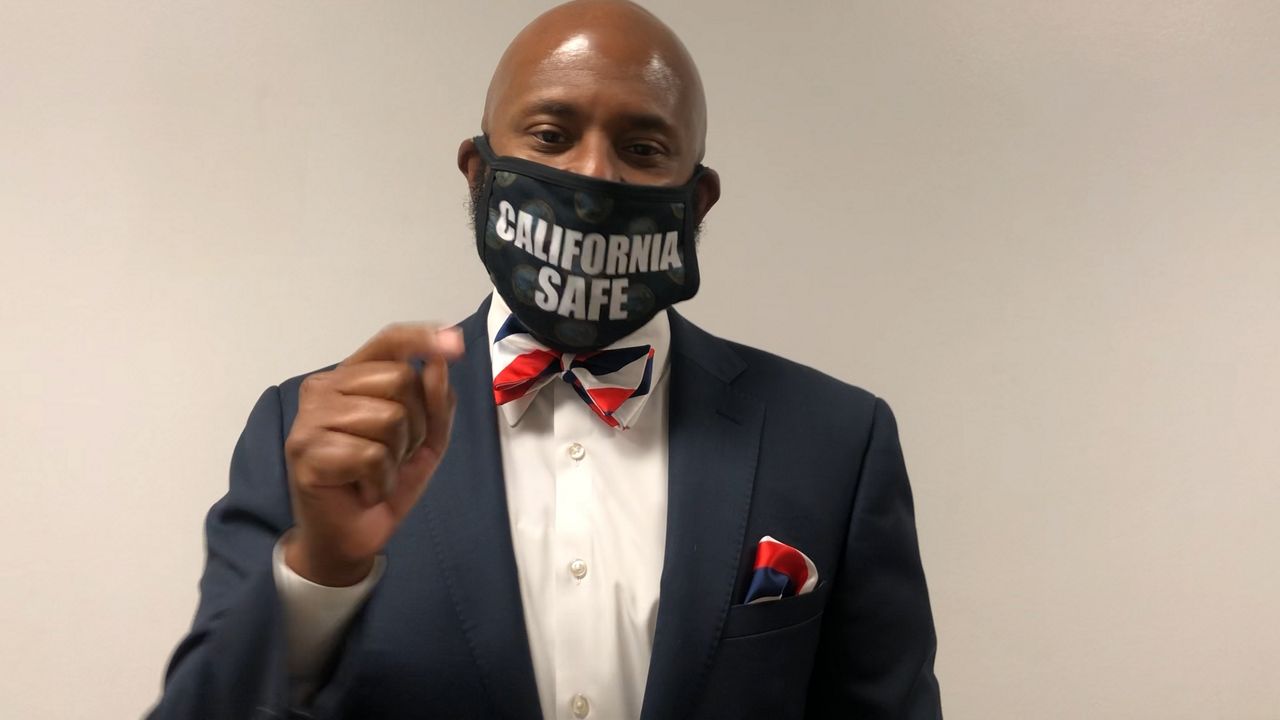 CALIFORNIA – In the wake of the death of George Floyd, more than a dozen law enforcement agencies in California have announced the end of a technique called the carotid hold.


The carotid restraint technique involves putting pressure on the side of the neck to restrict the flow of blood.

A Los Angeles legislator, who is also a former police officer, is calling for a statewide ban. Assembly member Mike Gipson, D-Carson, introduced AB 1196, which would make it illegal for officers to use the carotid hold to detain a suspect.

“This measure is a response to the murder of brother George Floyd,” Gipson said at a press conference.

After watching the video of Floyd, Gipson said he immediately knew he had to do something to help bring an end to police brutality.

“I can’t be in this position and not do anything,” Gipson said. “Silence is a form of betrayal, and I’ll be damned if I’ll be found guilty on being silent on the things that matter.”

.@AsmMikeGipson is holding a press conference on the legislation he’s introducing (#AB1196) to eliminate the use of the carotid restraint.

Gov. @GavinNewsom also directed for the carotid chokehold to be taken out of police training. pic.twitter.com/DX9dyH4TfO

Governor Gavin Newsom is backing the proposed measure. On Friday, the governor also ordered the California Peace Officers Standards and Training to stop teaching the tactic to new officers.

“That has no place any longer in the 21st century practices and policing,” Newsom said.

The governor also directed law enforcement agencies across California to stop using the hold, adding it was putting peoples’ lives at risk.

“It’s not just an issue of blood flow to the brain –it’s an issue of being able to move air in and out of your lungs,” said Dr. Lee Snook, CMA’s incoming president.

As for Gipson, he says he is inspired by the protesters to keep working on policies that will help end systemic racism.

If passed, he knows his bill won’t be the end to racial injustice, but believes it is one step in the right direction.

If AB 1196 passes both houses and Governor Newsom signs off on it, it will go into effect immediately, according to Gipson.

The carotid hold has been severely restricted by the LAPD since the early 80s.