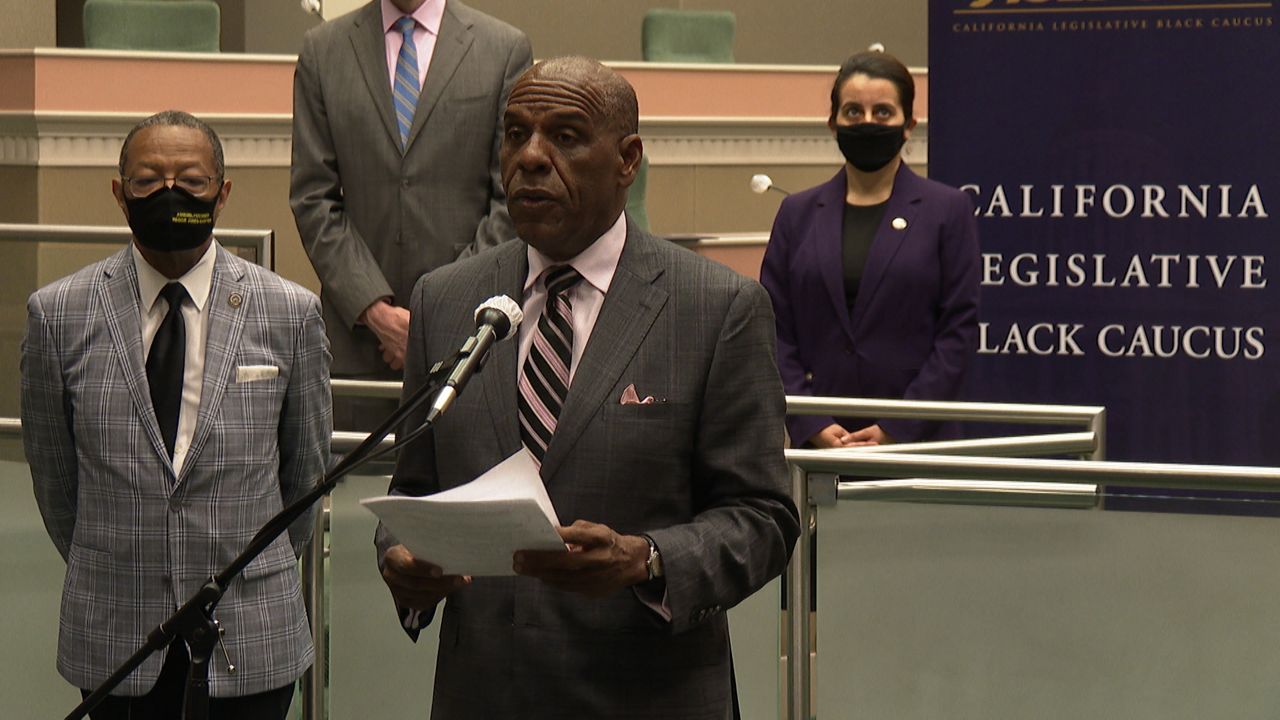 SACRAMENTO, Calif. – Apart in distance, but not in heart, State Senator Steve Bradford and his colleagues in the California Legislative Black Caucus [CLBC] stood together in solidarity for George Floyd and the millions of Americans chanting, "Black lives matter."

The CLBC is urging its non-black colleagues to support legislation aimed at helping to end systemic inequality.

“Our job as black lawmakers is to be vigilant and persistent,” said Assemblymember, Shirley N. Weber, Chair of the CLBC. “This country has taught itself to hate African Americans. The death of George Floyd is a brutal illustration that we have not come to terms with that.”

From health and education disparities to police brutality, Senator Bradford adds these are all issues centered around race, which is why he and members of the CLBC are calling for laws that promote racial equality and social justice.

Despite representing what’s now a diverse community, Bradford, who grew up in Gardena, recalls what it was like being the first black family to move to the neighborhood where he still lives today.

“Some of my friends – I couldn’t even go in their house. Even though we were friends, but their parents wouldn’t let us in,” Bradford said.

He remembers hearing the comments his friends’ parents made about the color of his skin, and says it’s incidents like those that continue to remind him to keep fighting against racism.

“Racism is alive and well in America and we have to address it head on,” added Bradford.

Bradford and the other CLBC members are promoting a series of bills focusing on issues such as undoing the state’s affirmative action ban, increasing police transparency, and improving education on black history.

“We often talk about the symptoms, but the cause is racism here in America, and addressing that through aggressive legislation that affords African Americans their true dignity that they have never been afforded in this country,” Bradford explained.

When it comes to the demonstrations following the death of George Floyd, Bradford points out some of the positive differences between the historic L.A. riots and now.

He believes the unity seen today is a big step to end racial division, but calls on those who are still silent to speak up.

“It’s not enough to say you’re not a racist, it’s time to prove it. It’s time to challenge your friends, your family, and your colleagues, and stopping their racist behavior,” said Bradford.

The CLBC also introduced legislation to address issues such as eliminating debilitating court fees, increasing accountability for educational funds aimed at closing the achievement gap, establishing a commission to justify reparations, and affirming a right for housing for women and children in California.

You can read the full list of CLBC legislation online.