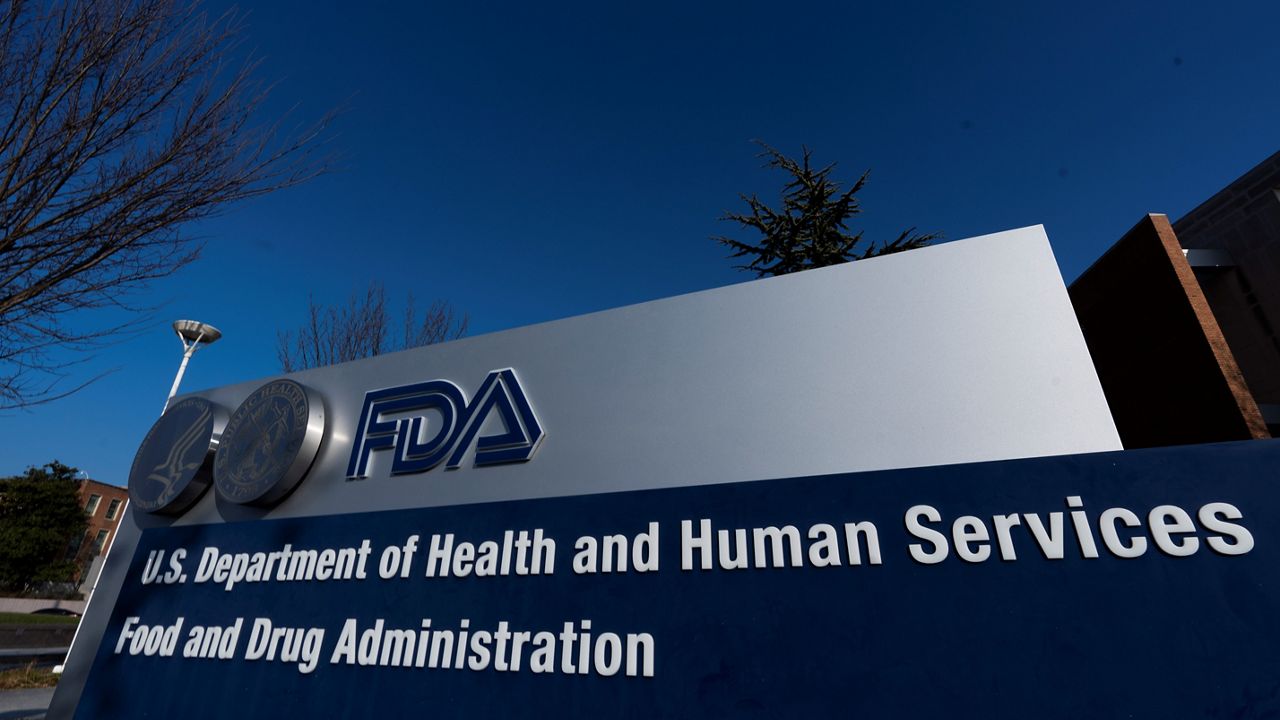 LOS ANGELES — As a busy mother of three children working toward a career in veterinary medicine, Melissa Cantabrana cherishes every free moment with her children. She hangs out with her youngest, Noah, 8, after he gets home from school. This is part of a routine critical to his well-being, because Cantabrana says he struggles with autism and attention-deficit/hyperactivity disorder.

“1-and-a-half, 2-years-old, I started noticing just kind of like, the lights are on but nobody is home,” she said. “A lot of serious meltdowns.”

Cantabrana says his autism diagnosis when he was about 2-and-a-half-years-old caught her off guard.

“I don’t really understand what that meant. I hadn’t really known anybody that had autism. We didn’t have anybody in our family that had any kind of serious special needs,” she said.

It’s meant years of therapy for Noah, but it was only recently that Cantabrana says she connected his diagnosis to the baby food he consumed for years. It came after she read a 25-page Congressional report last year that found “commercial baby foods are tainted with significant levels of toxic heavy metals, including arsenic, lead, cadmium, and mercury,” and that “toxic heavy metals endanger infant neurological development and long-term brain function.” The American Academy of Pediatrics has also stated that “toxic metal exposure can be harmful to the developing brain. It’s been linked with problems with learning, cognition, and behavior.”

“It was heartbreaking. I felt like they robbed us of the right to know what was being put into our children’s bodies,” Cantabrana said.

The report called out seven baby food makers, including major brands, Gerber and Walmart, and Cantabrana named all of them in a groundbreaking lawsuit, alleging they knowingly sold food that poses serious health risks to babies; and that they led to Noah’s condition. Cantabrana has two older children, who she says do not have autism, and they grew up eating homemade baby food.

But when it comes to store-bought baby food, her attorney Pedram Esfandiary with the law firm of Baum, Hedlund, Aristei and Goldman, claims manufacturers set unreasonably high limits for metals.

Spectrum News 1 reached out to the baby food makers named in the lawsuit. Five of the companies did not respond. Plum Organics says it does not comment on pending litigation and Gerber issued the following statement: “While Gerber as a matter of policy does not comment on pending or threatened litigation, we fully stand behind the safety of all of our products. At Gerber, babies are our highest priority. The standards we have in place for the safety and quality of our baby foods are industry-leading, and among the strictest in not just the U.S., but the world.”

At the federal level, the Food and Drug Administration launched its “Closer to Zero” action plan last year, which will set new standards for toxic metals in baby foods by 2024. Currently, there are few regulations, according to James Rogers, director of food safety research and testing at the nonprofit Consumer Reports, which independently found high levels of metals in some store-bought baby foods. “The limit is actually 100 parts per billion of inorganic arsenic in infant rice cereal. That’s the only limit that has been set by the FDA and for the other baby foods, they have not set a limit,” he said.

Rogers says Consumer Reports, along with other food safety organizations, have called on the FDA to speed up its plan. The agency told Spectrum News 1 in a statement that is has “drafted action levels for lead in a variety of foods intended for babies and young children and guidance for industry on these levels is under interagency review,” and that the “FDA is committed to moving as quickly as possible and we continue to make steady progress. We recognize that it is concerning and confusing for consumers that foods they rely on for their family may contain environmental contaminants. The presence of a contaminant does not necessarily mean the food is unsafe, or not healthy or nutritious. At the FDA, we measure the level of the contaminant, the exposure based on consumption, the toxicity of the contaminant, and the age of consumers when deciding whether a product is potentially unsafe.”

In the meantime, there are things parents can do to reduce their child’s exposure to heavy metals, according to Rogers, which include reducing the amount of infant rice cereal in their diet and instead, choose cereals made from other whole grains such as oats which have lower amounts of inorganic arsenic. Parents can also include whole foods, which are low in heavy metals, including apples, avocados and bananas.

Cantabrana says the FDA’s timeline is too slow and wants baby food manufacturers to take responsibility for their actions now. She says it’s hard watching Noah struggle, but sprinkled among the tough days, there are good ones.

“My son is an amazing little boy and from one day to the next, you don’t really know what you are going to get. But you know, we take it and we are here for him,” she said.