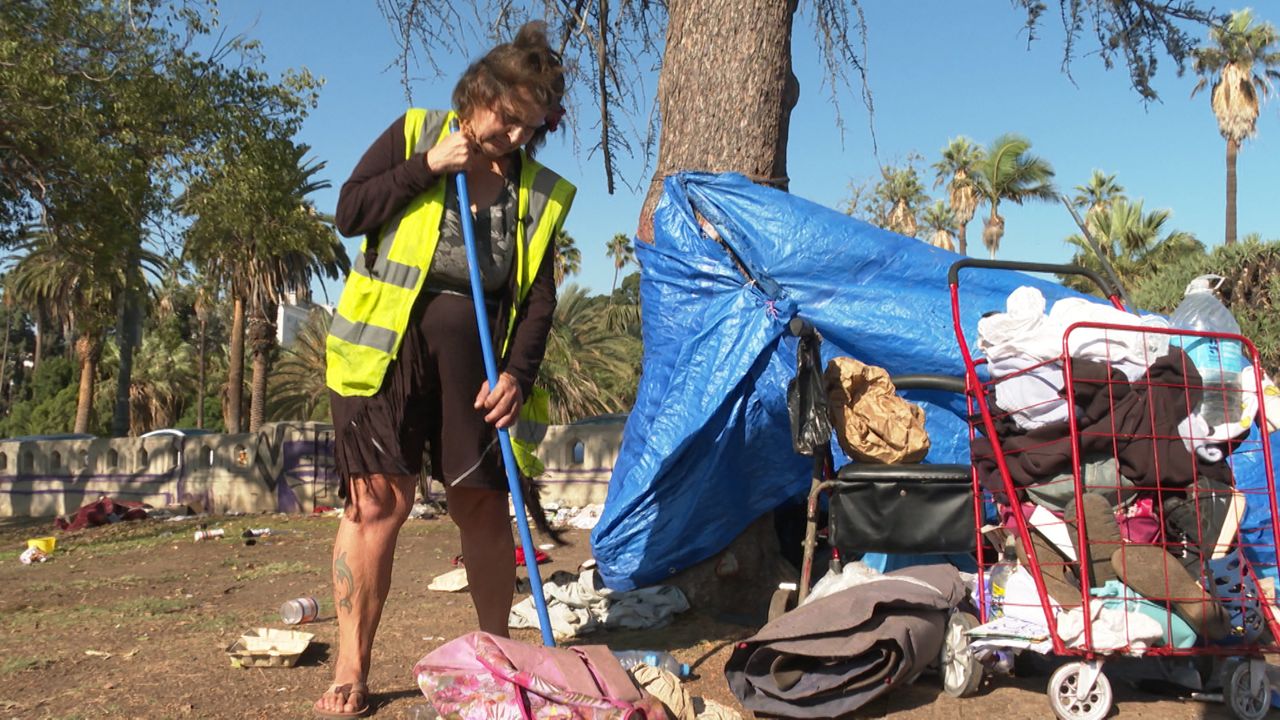 Officials plan to fence off south side of MacArthur Park

LOS ANGELES — A portion of MacArthur Park will be fenced off and closed starting Friday, Oct. 15 to allow for $1.5 million in estimated repairs and maintenance, according to Councilman Gil Cedillo who represents Council District 1, the area that includes the mostly immigrant and working-class community.

Cedillo’s office began working with the Los Angeles Homeless Services Authority (LAHSA) and People Assisting the Homeless (PATH) in January to provide shelter to roughly 200 people living in the affected area of the park, Cedillo said.

As of last Friday, roughly 25 tents remained, including one that belonged to Desseare, a three-year resident of the park who declined to use her last name. While she said she had been a victim of violence, including attempted sexual assaults, several times over the years, Desseare was hesitant to speak ill of the place she calls home.

“It’s been difficult, a little bit, but I’ve been making it,” she said as she swept trash outside her tarp-covered tent. Desseare is eligible for a shelter bed or a temporary hotel room through the FEMA-funded pandemic program Project Roomkey, but said she wouldn’t accept those options because each has a curfew.

She doubted the city has her best interests at heart.

“People don’t want to help anybody else,” she said.

The news of a fence drew instant comparisons to nearby Echo Park, which became a flashpoint in March over LA’s homeless policy as councilmembers address encampments that proliferated during the pandemic. That operation, lead by Councilmember Mitch O’Farrell, ended with a $2 million LAPD operation, about 180 protesters and journalists in handcuffs and few success stories.

Six months later, only four of roughly 200 people displaced from the park are now in permanent housing, according to LAHSA.

Cedillo promises this time will be different.

“We’re learning from their experiences so one of the things is we’re working with the community,” Cedillo said. “We’re doing the outreach, we’re starting early, this is a daytime operation. We’re looking for consensus.”

Unlike Echo Park Lake where plans were kept secret, Cedillo promises a transparent timeline for closing the park. He said the fence will be constructed in phases during the day and police presence will be limited.

Cedillo said removing the encampment will weaken the presence of MS-13, an international criminal gang that he says has a foothold in the park. While Spectrum News 1 was inside the park last week, members of the encampment warned the gang was watching.

While Echo Park remains fenced long after it reopened, Cedillo said the fence around MacArthur Park will be taken down when maintenance is finished, though he declined to say if anti-camping laws would be enforced there.

“We’re not anticipating that we will have people camping or sleeping at the park,” he said.